Major General Jagath Rathnayake, Commander, Security Forces-Mullaittivu on 20 February said 'good bye' to the troops at SFHQ-Mullaittivu upon the end of his tenure as the 13th Commander of the SF MLT.

Troops of the 19 Gemunu Watch presented a Guard Turnout and 7GW troops saluted him in subsequent a Guard of Honour in accordance with military formalities.

Afterwards the outgoing Commander was invited to open the newly erected basket ball court inside the SFHQ-MLT before he addressed the troops, in which he thanked everyone for the support given to him during his tenure.

At the end of the troops' address, Brigadier General Staff of the Security Forces - Mullaittivu presented a memento to the departing Mullaittivu Commander. 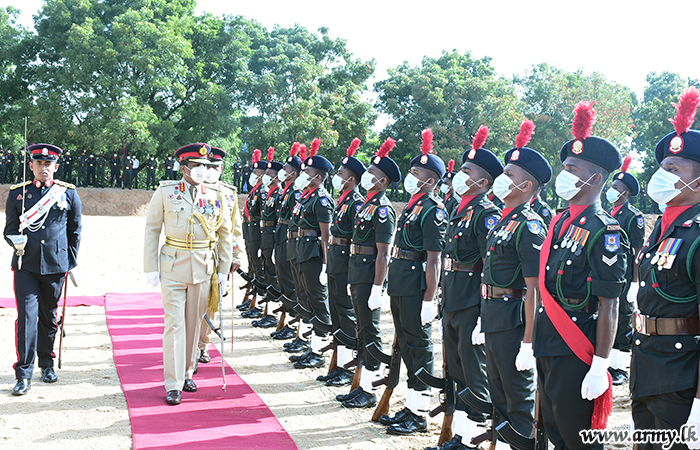 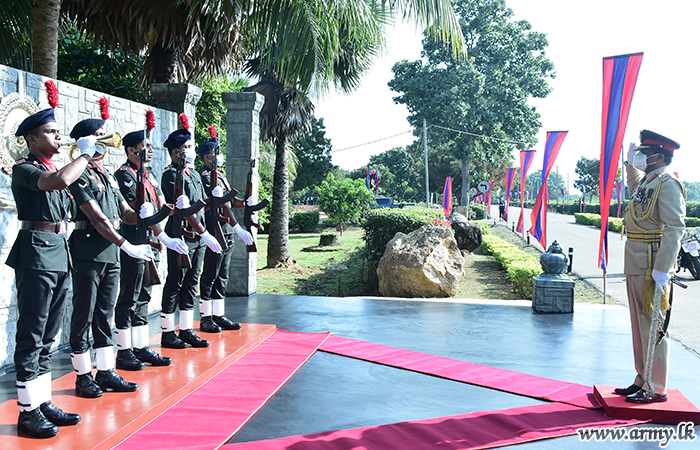 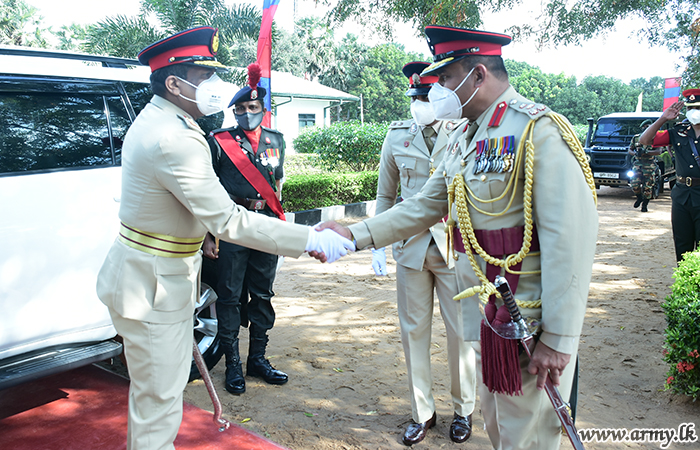 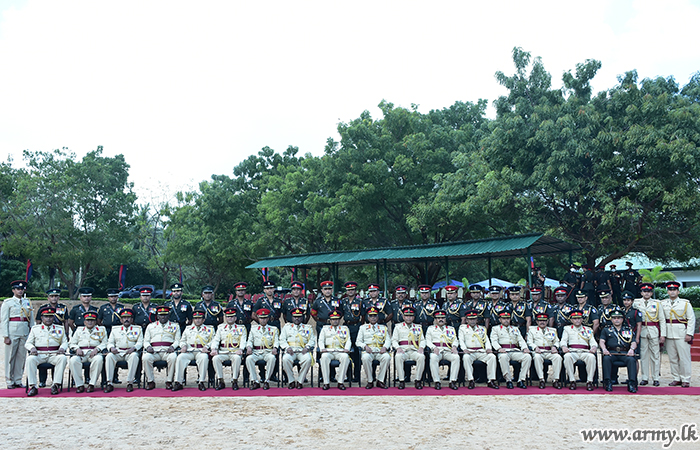 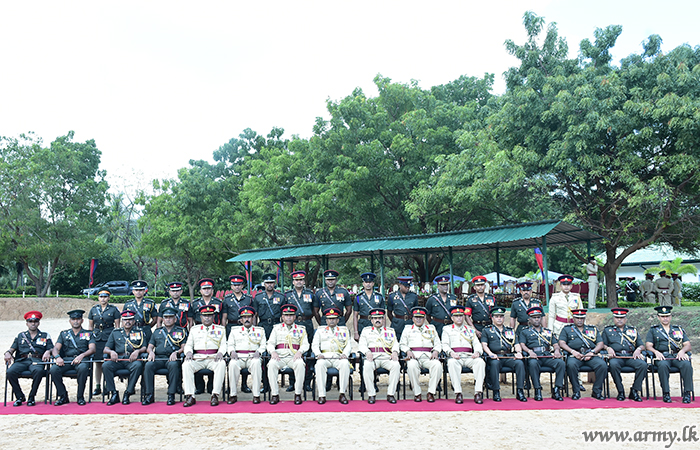 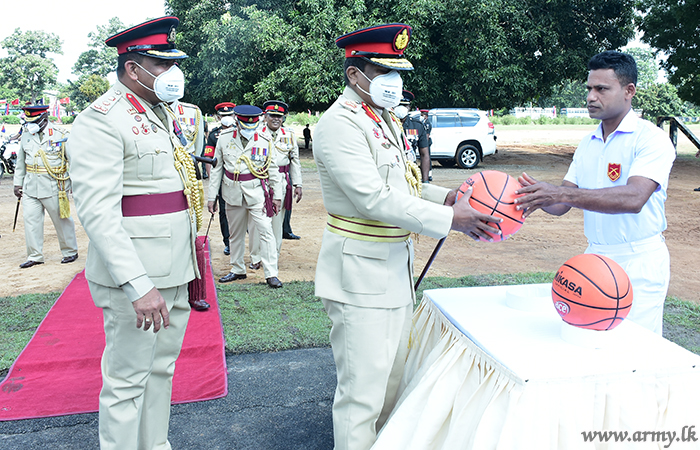 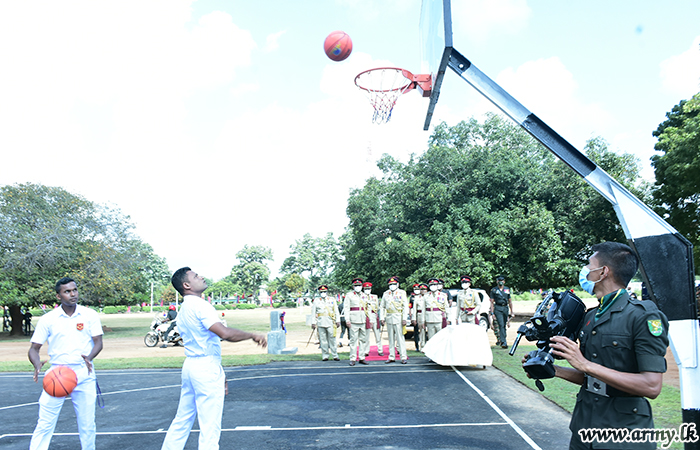 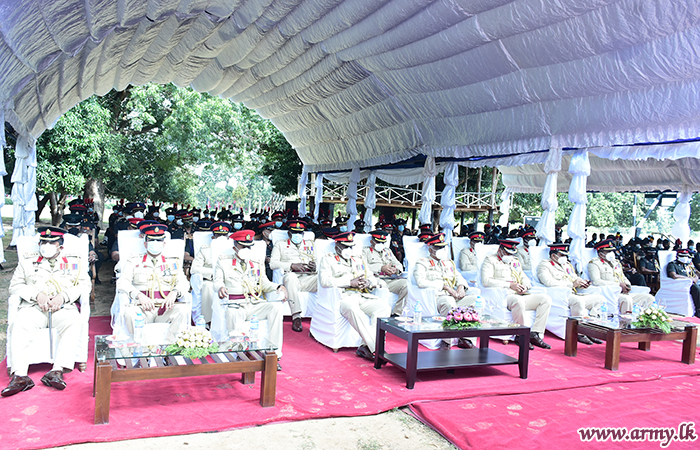