Now, 11 GW Troops Vest One More New House in Another Family in Nedunkerni

11 Gemunu Watch troops of the 623 Brigade serving under the 62 Division of the Security Force HQ-Wanni on account of the Army Day (10 October) built one more house for a needy family in Nedunkerni area and vested it in the beneficiary during a simple ceremony on Sunday (10).

The house for the beneficiary, Mrs P Wijendrani and her family in Maruthodai, Nedunkerni was constructed by troops of the 11 Gemunu Watch under the supervision of the Commanding Officer, Lieutenant Colonel Prasad Karunaratna under the guidance of Brigadier Rohan Medagoda, Commander, 623 Brigade, 62 Division’s GOC and the Wanni Commander as one more community project of the Wanni SFHQ-Wanni.

During the warming ceremony, General Officer Commanding of the 62 Division, planted few saplings in the compound and gifted several household items too, including furniture. 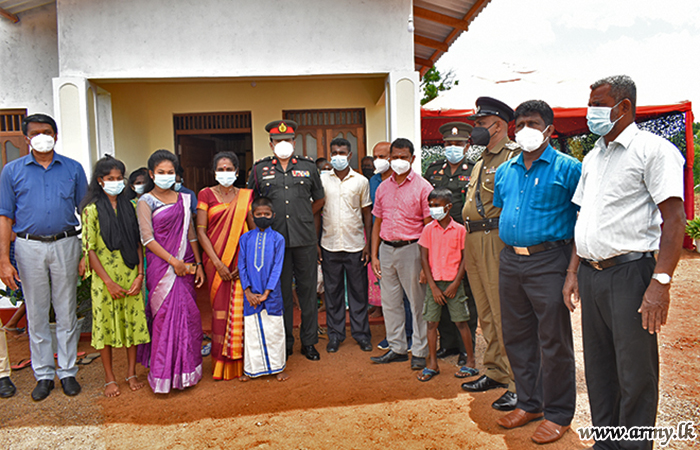 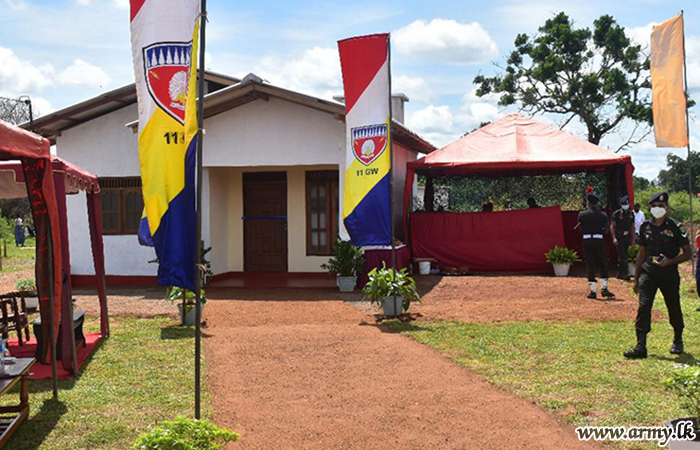 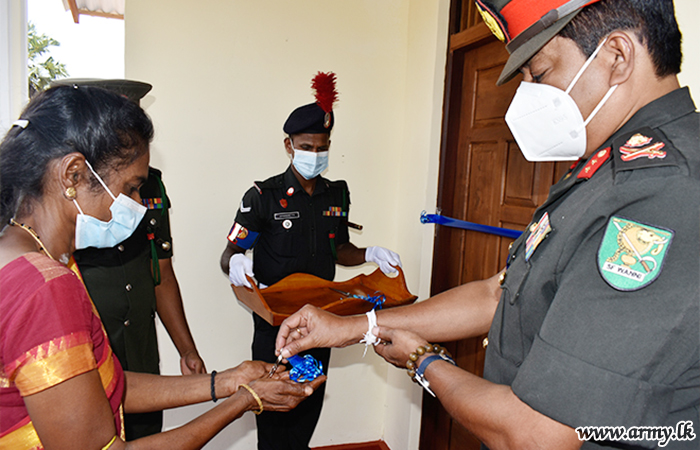 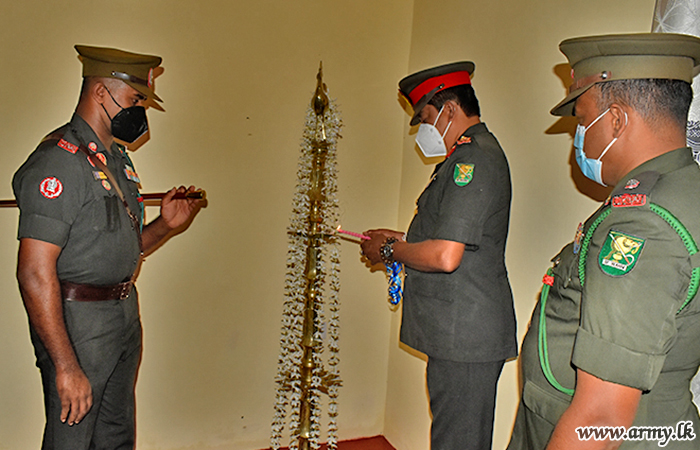 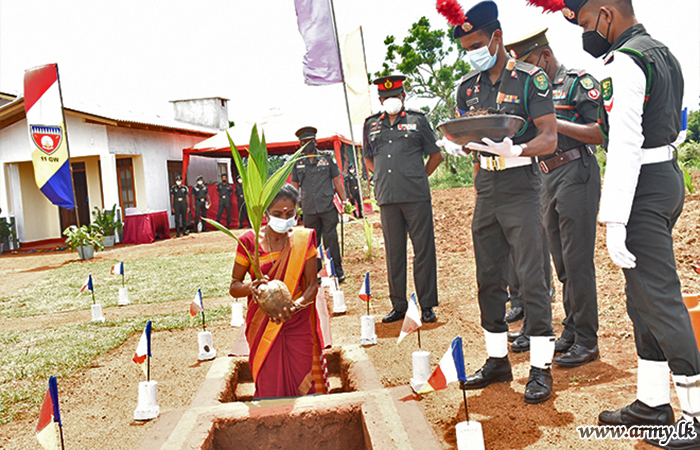