The group of 20 recently-promoted Majors General, the single largest group of two star recipients who received their overdue promotions on one milestone occasion in the island called on the acting Chief of Defence Staff and Commander of the Army, Lieutenant General Shavendra Silva this afternoon (12) and had a brief interaction.

The acting Chief of Defence Staff and Commander of the Army expressed his pleasure on their elevations and requested them to continue their national duties with more vigour.

Adding another stimulant to the occasion, Lieutenant General Silva in addition to the customary award of the silver-plated replica of the sword, presented them with a set of couplings for the first time as a special consideration, made to the value of a Major General in the Army. 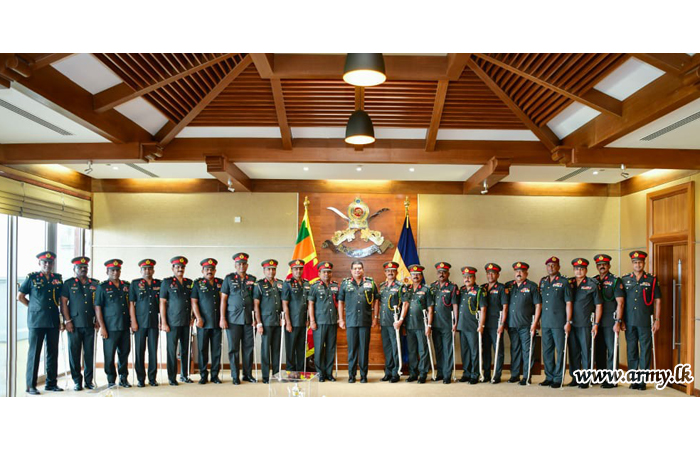 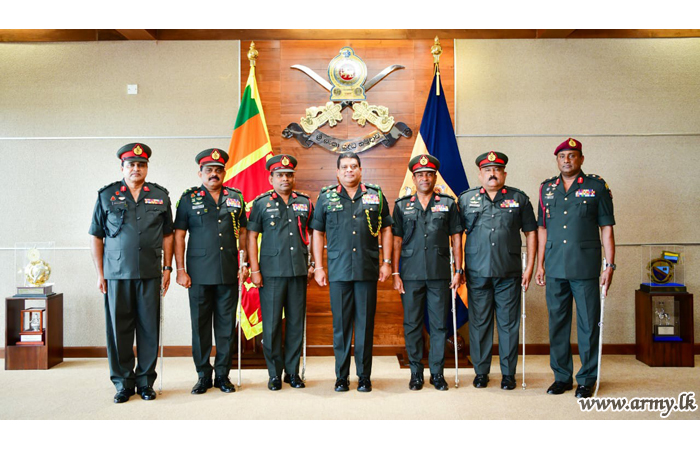 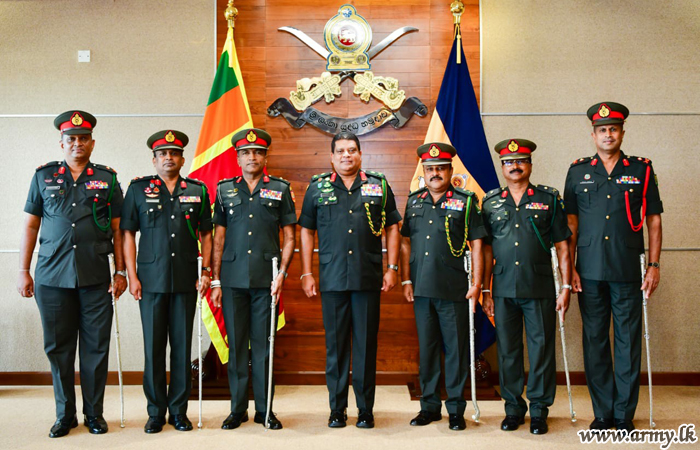 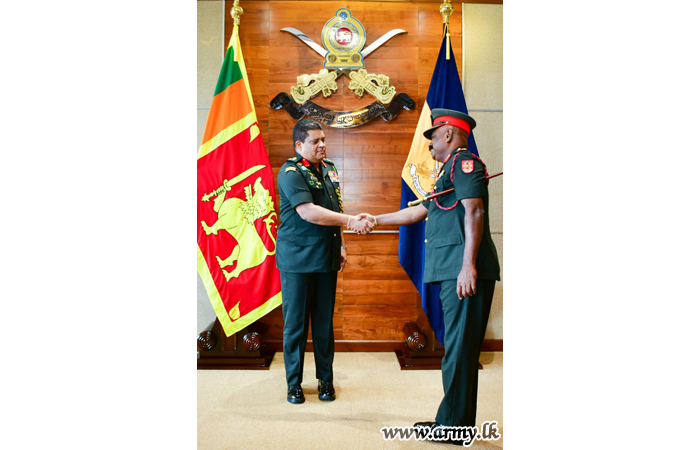 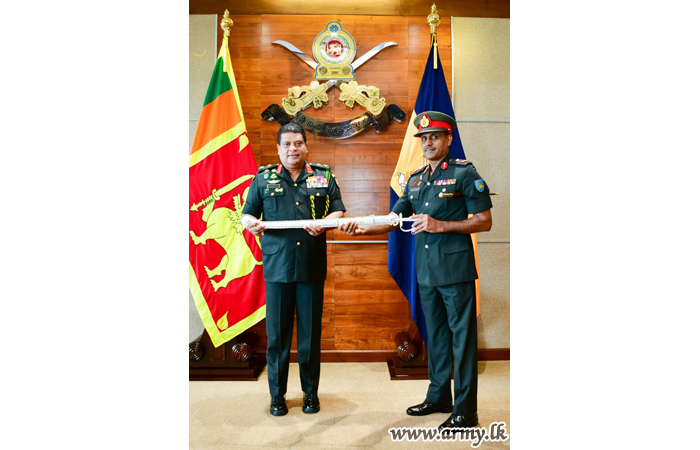 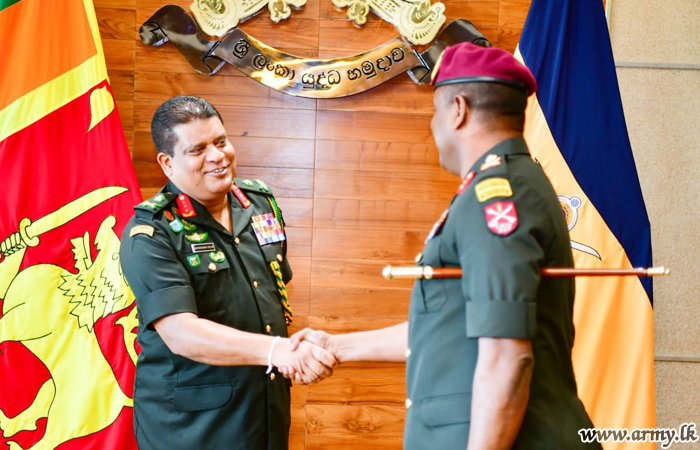 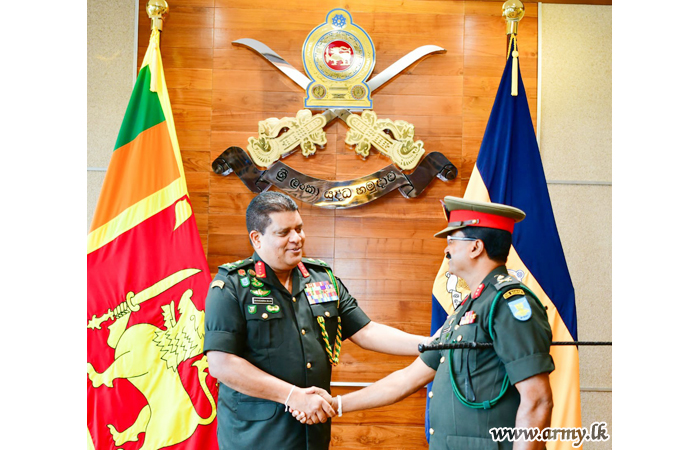 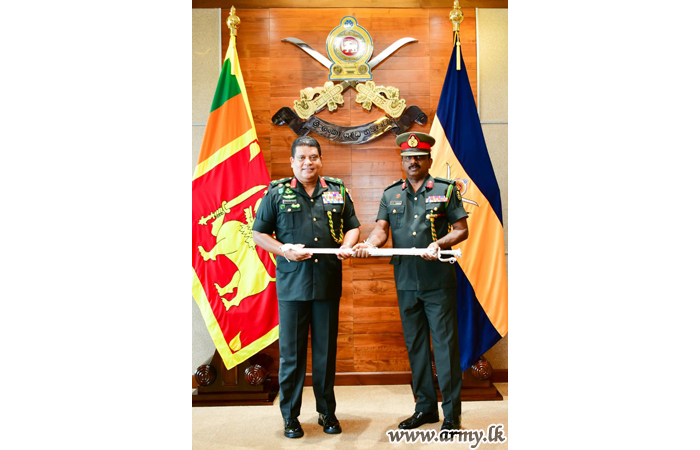 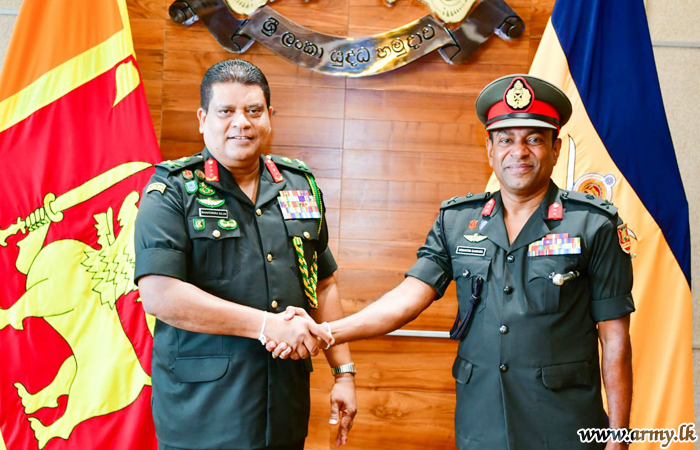 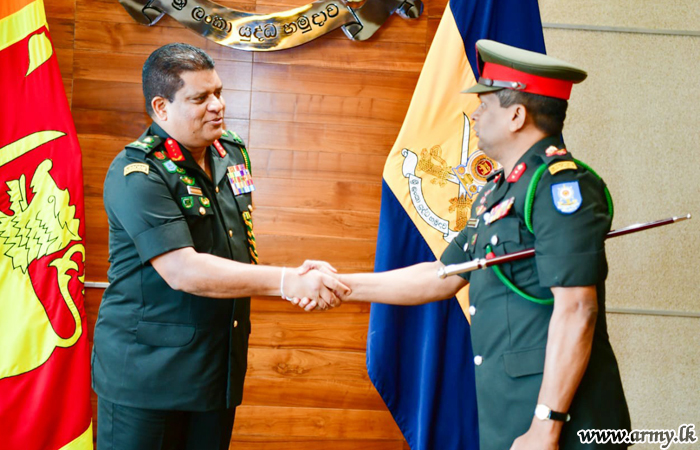 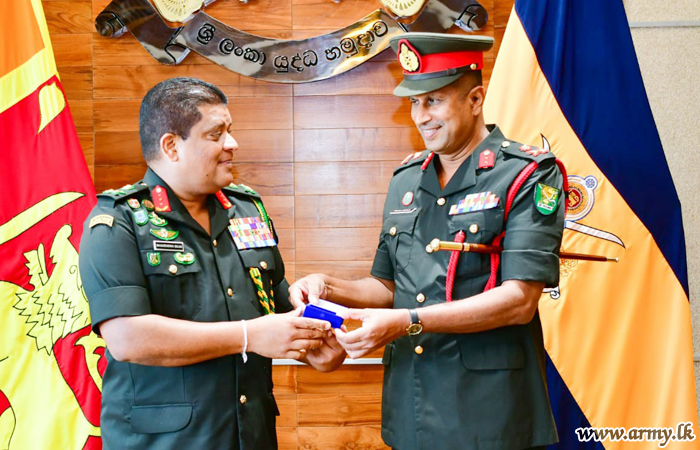