HE the President Gotabaya Rajapaksa gracing the milestone 72nd Army Day Anniversary ceremonies, held for the first time at Saliyapura Gajaba Regiment Regimental Centre on Sunday (10) was honoured by inviting him to inaugurate several facility projects inside the Regimental Centre.

The first stop on the agenda was at the newly-constructed three-storied office complex, conceptualized by General Shavendra Silva, Colonel of the Regiment, Gajaba Regiment, Chief of Defence Staff and Commander of the Army, in which the office of the Colonel of the Regiment, Centre Commandant, Deputy Centre Commandant, offices of staff appointments and two well-equipped conference halls are housed.

Amidst chanting of ‘Seth Pirith’ by the Maha Sangha, HE the President unveiled a plaque and cut a ribbon to declare the new administrative office complex opened for use of Keterians at the Headquarters. As he entered, he paid his tribute and respect to the bust of the founding father of the Gajaba Regiment Major General Vijaya Wimalaratne by placing a bouquet of flowers. It was a solemn moment of remembrance as the former war veteran-turned the President of Sri Lanka, Gotabaya Rajapaksa was seen recalling cherished memories about his mentor during his heyday. HE the President after a while had a close look inside and left compliments in the VIP book at the new office of the Colonel of the Regiment before he joined a sapling planting and group photographs.

The focus of the day’s agenda then shifted to the opening of another two-storied facility complex, the new Mess hall that could facilitate 200 Warrant Officers and Sergeants. HE the President unveiled the plaque and did the formal ribbon cutting before HE the President, together with Defence Secretary, General Kamal Gunaratne (Rtd) and General Shavendra Silva entered the new facility, consists of dining, rest and recreation possibilities. The long-felt need of the compound was also built by troops of the Corps of Engineer Services within a record 3-4 months after instructions were received from the Colonel of the Regiment, GR. The day’s Chief Guest from the 1st floor had a bird’s-eye view of the surroundings before he moved to the next item of the day’s agenda. 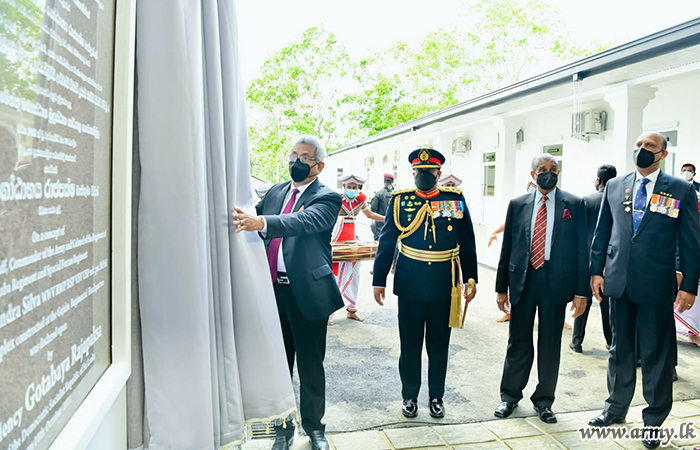 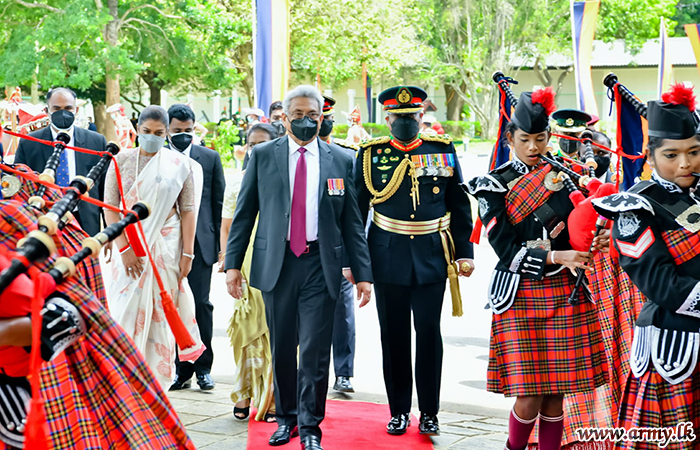 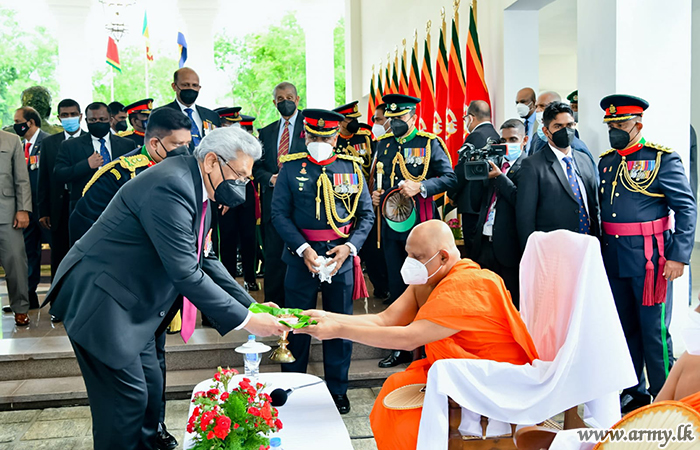 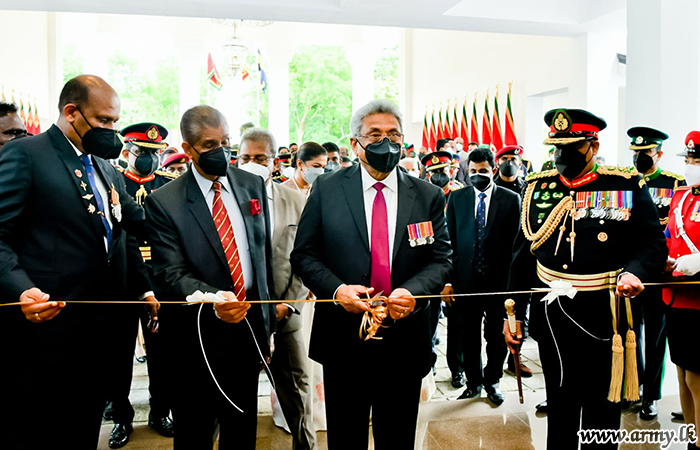 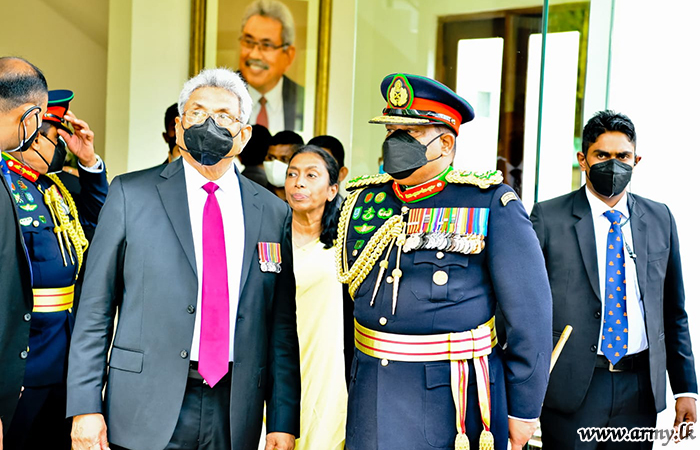 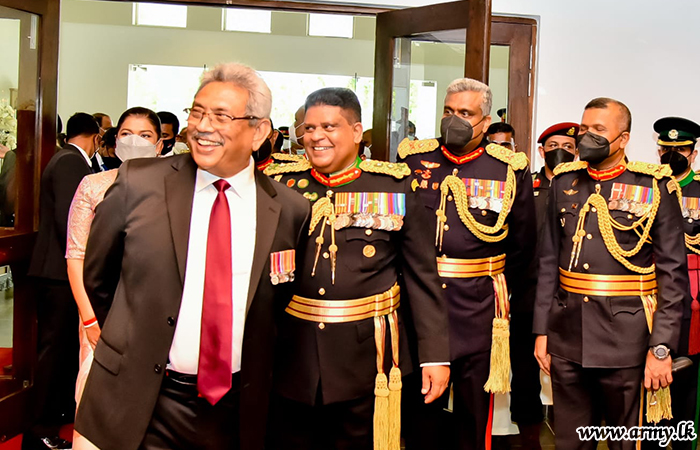 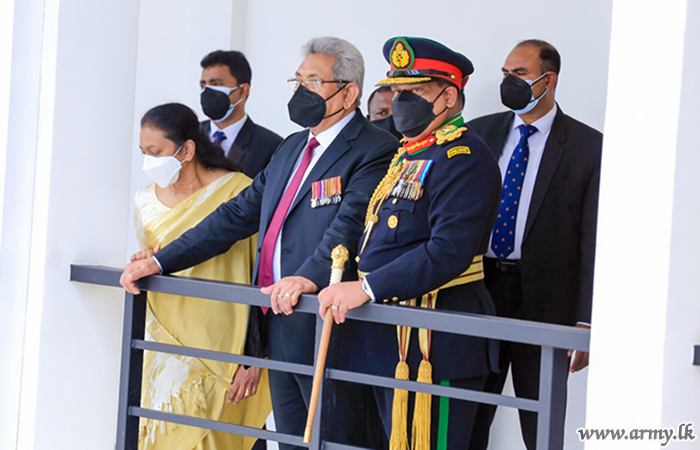 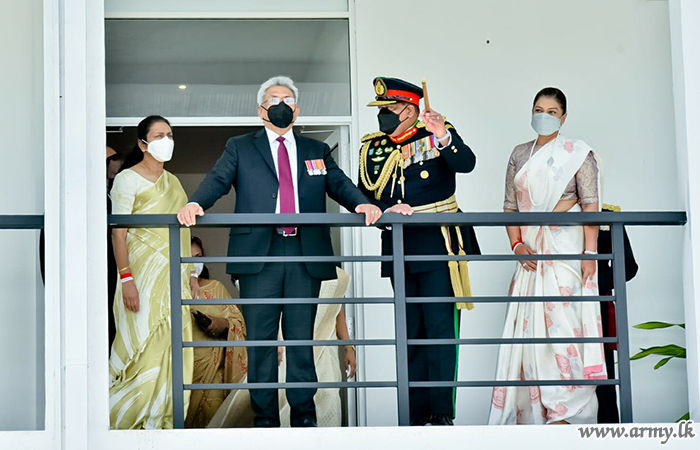 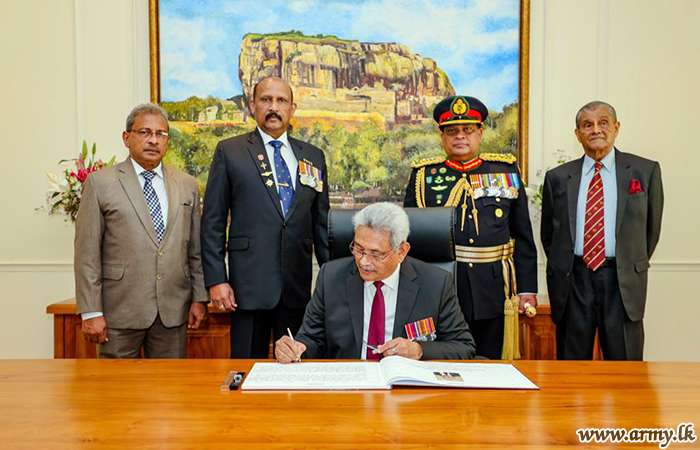 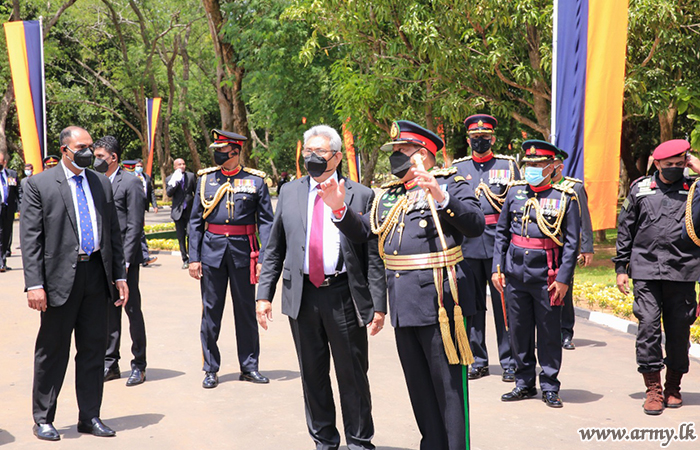