Gajasinghepura-based 213 Brigade troops of the 21 Division under the Security Force HQ-Wanni on account of the Army Day organized a blood donation project in order to donate blood to the blood bank at Vavuniya General Hospital on Monday (4).

General Officer Commanding, 21 Division, Major General Mohan Rathnayake with the blessings of the Commander, Security Forces - Wanni organized the event with the objective of marking the 72nd Army Anniversary.

This project was implemented on a suggestion of the Commander, Security Forces - Wanni, Major General Champaka Ranasinghe. The Commander, 213 Brigade, Colonel L.G.J.N Ariyathilake got the support of the troops for the project. 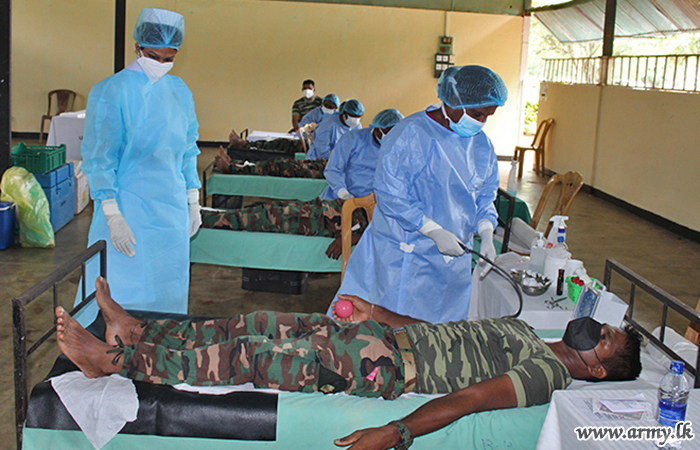 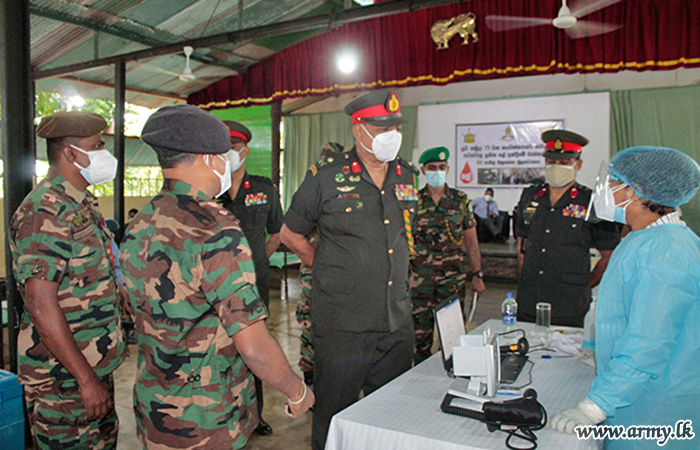 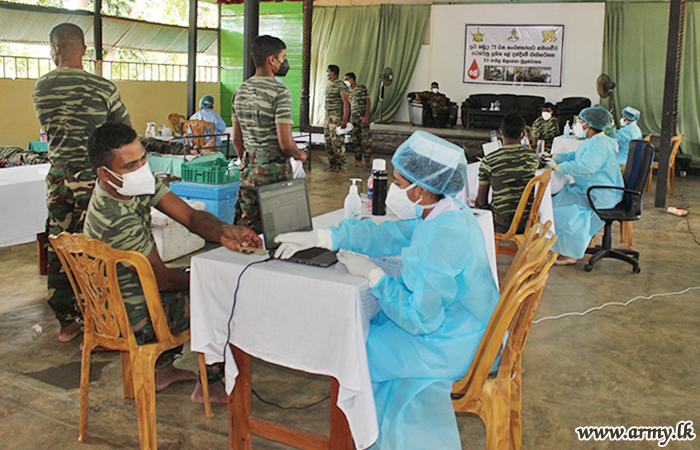 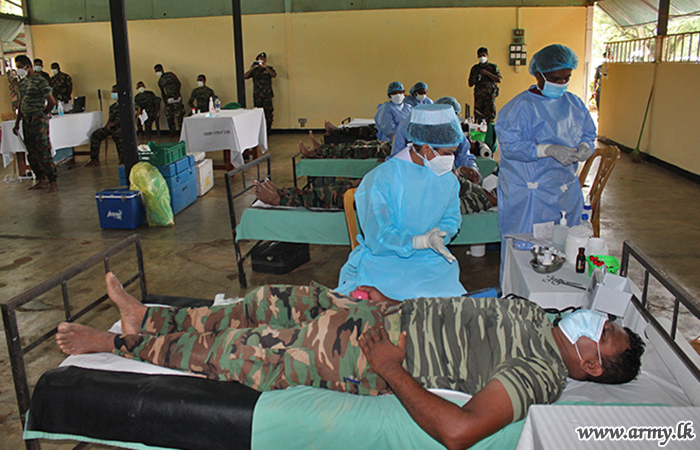 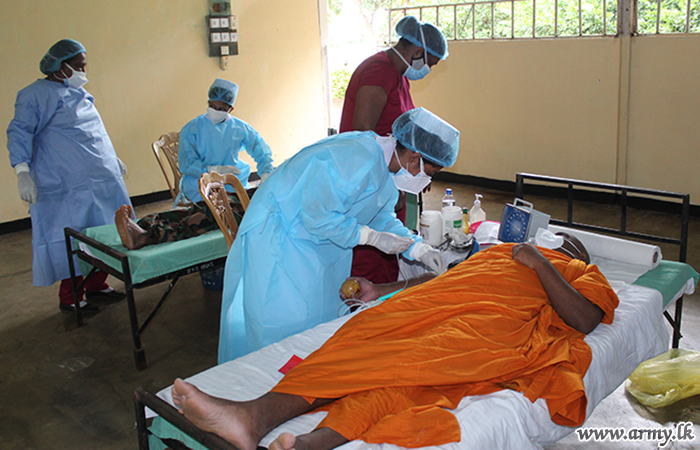 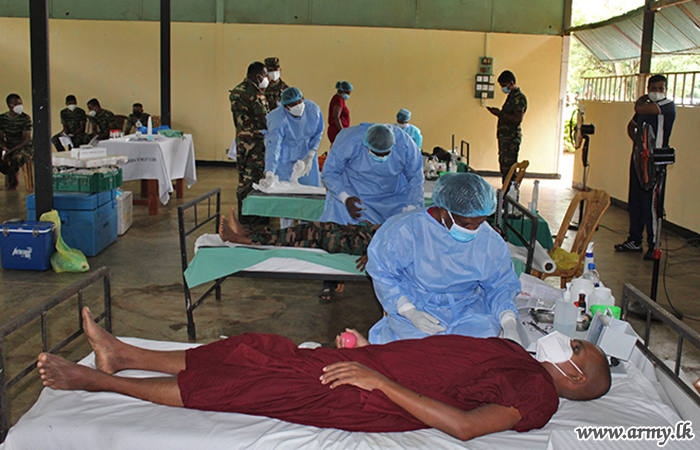