Popularity of the mobile sale of Army-produced agri products at subsidized price near the Army HQ at Sri Jayawardenepura received a further boost when the Commander of the Army, Lieutenant General Vikum Liyanage instructed the Sri Lanka Army Corps of Agriculture and Livestock (SLACAL) to turn it to be a permanent stall in order to provide a better service to all at the Army HQ for five days of the week.

By constructing a new stall at the Army HQ vehicle park, the new welfare stall accordingly has begun to sell Army farms-produced vegetables, grains and dairy products to all those serving the Army HQ between 2.00- 7.00 pm on all week days in an attempt to provide relief to all affected due to economic constraints.

The Army Chief considering the positive feedback he received from the troops, instructions were given to the Colonel Commandant, SLACAL and the Director, Agriculture and Livestock to convert the mobile arrangement to be a permanent stall where a large variety of Army agricultural products can be sold at subsidized rate.

Major General Shiran Abeysekara, Colonel Commandant of Sri Lanka Army Corps of Agriculture and Livestock, graced the inaugural occasion as the Chief Guest and symbolically bought a few varieties of vegetables and other products from the newly-constructed stall.

Director, Directorate of Agriculture and Livestock, Senior Officers, Officers and Other Ranks took part in the inauguration. 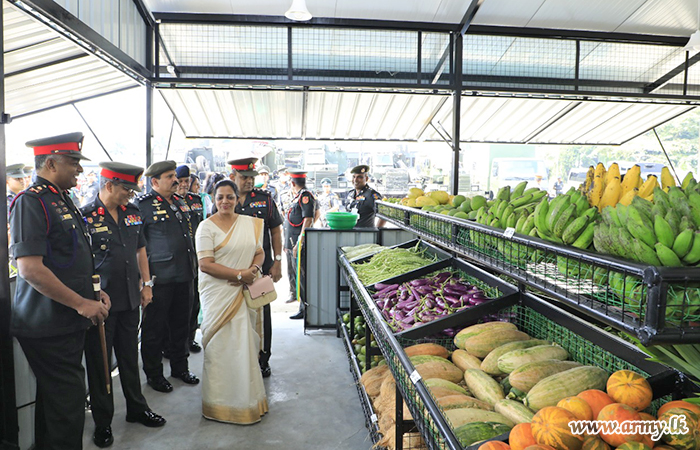 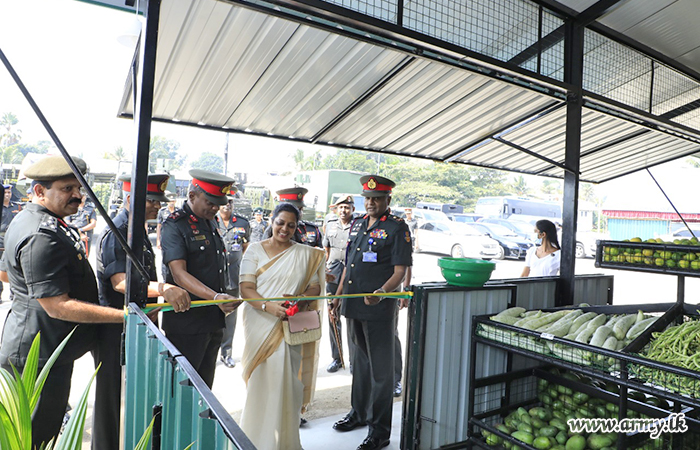 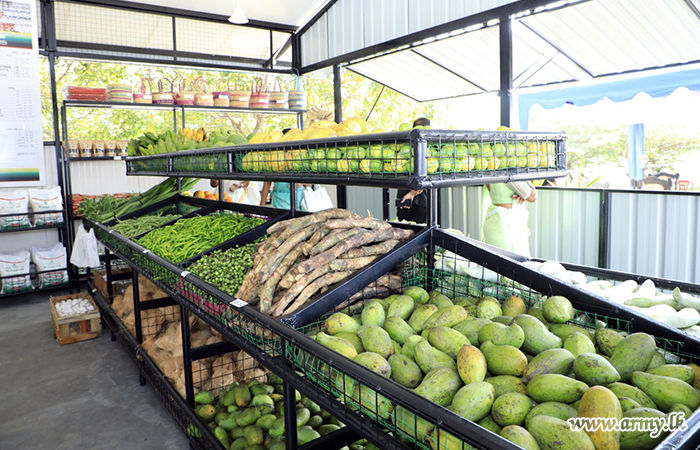