The acting Chief of Defence Staff and Commander of the Army, Lieutenant General Shavendra Silva this morning (27) extended a red carpet reception to the visiting Chief of the Naval Staff Admiral Zafar Mahmood Abbasi, NI (M) when the latter arrived at the Sri Jayewardenepura Army Headquarters in order to pay a courtesy call on the former.

Seconds after the Chief of the Naval Staff of Pakistan Navy entered the Army Headquarters premises, Colonel Indika Perera, Commanding Officer, Headquarters Battalion received the visiting Naval Chief and ushered him to receive the salute of the ceremonial Guard Turnout.

Minutes after that, the Army HQ in a colourful Guard of Honour with Regimental Colours, presented by Sri Lanka Light Infantry (SLLI) troops, together with its mascot ‘Kandula’ honoured the visiting Naval Chief. Together with the Adjutant General, Major General B.V.D.P Abeynayake and the Parade Commander, the Pakistan’s Navy Chief afterward took the salute from the special dais in conformity with military traditions.

Soon after military honours were over, his host, acting Chief of Defence Staff and Commander of the Army, Lieutenant General Shavendra Silva warmly welcomed him to the AHQ and introduced the Principal Staff Officers (PSO) at the Army Headquarters.

The cordial interactive meeting that ensued at the Commander’s office after a while focused largely on matters of mutual interest, maritime concerns and challenges in the sea routes and existing bilateral cooperation projects between Pakistan’s armed forces and the Sri Lankan counterparts.

Towards the end of the cordial interactions, Lieutenant General Shavendra Silva awarded a special memento to the visiting Pakistan’s Chief of the Naval Staff as a token of goodwill and understanding. The gesture was reciprocated by the visiting Naval Chief. Before his departure, the Pakistan’s Navy Chief left some complimentary remarks in the Visitors’ Book at the Commander’s office, adding memories to the visit. All those Senior Officers afterwards with the day’s Chief Guest and the Army Chief sat for a group photo that would immortalize memories after the discussions at the office of Lieutenant General Shavendra Silva. He also enjoyed offering a tray of fruits to the SLLI mascot, ‘Kandula’ on his way out at the end of his visit to the AHQ.

Pakistan’s Chief of the Naval Staff, Admiral Zafar Mahmood Abbasi arrived in Sri Lanka at the invitation of his Sri Lankan counterpart, Vice Admiral Piyal De Silva. During his five-day (25-29 January) long stay in Sri Lanka, he is scheduled to pay courtesies on Hon Prime Minister, Mahinda Rajapaksa, Defence Secretary, Major General (Retd) Kamal Gunaratne, Commanders of the Navy and Air Force and a few others.

Colonel Sajad Ali, Defence Adviser at High Commission of Pakistan and a group of senior most Officers were present.

Admiral Zafar Mahmood Abbasi, NI (M), HI (M), SI (M) has been the Chief of the Naval Staff of the Islamic Republic of Pakistan since 7 October 2017.

Admiral Zafar Mahmood Abbasi NI (M) was commissioned in the Operations Branch of the Pakistan Navy in June 1981. He undertook initial training at Britannia Royal College of Dartmouth, UK. On Commissioning, he won the coveted Sword of Honour for being the best all-round Midshipman from Pakistan’s Naval Academy.

In recognition of his meritorious services and outstanding performance, the Admiral has been awarded Nishan-i-Imtiaz (Military), Hilal-i-Imtiaz (Military) and Sitara-i-Imtiaz (Military) medals. He has also been conferred with 'King Abdul Aziz Medal of Excellence' (Saudi Arabia) and 'The Legion of Meriť (Turkey). He is married and blessed with two daughters and a son. 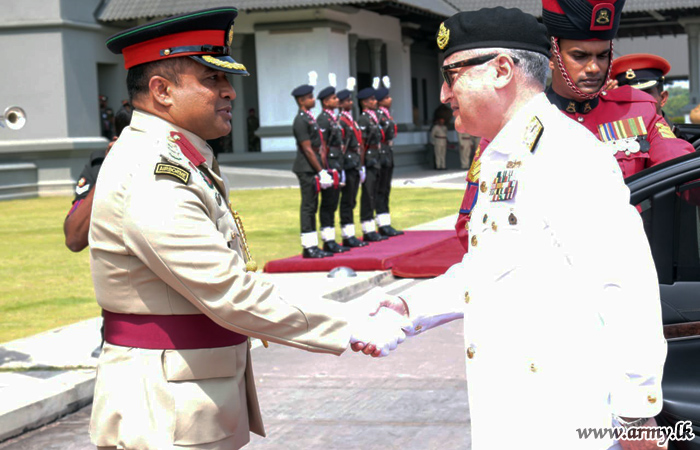 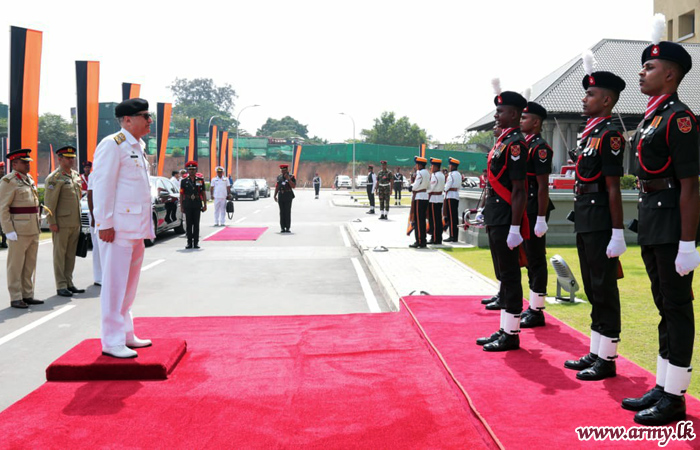 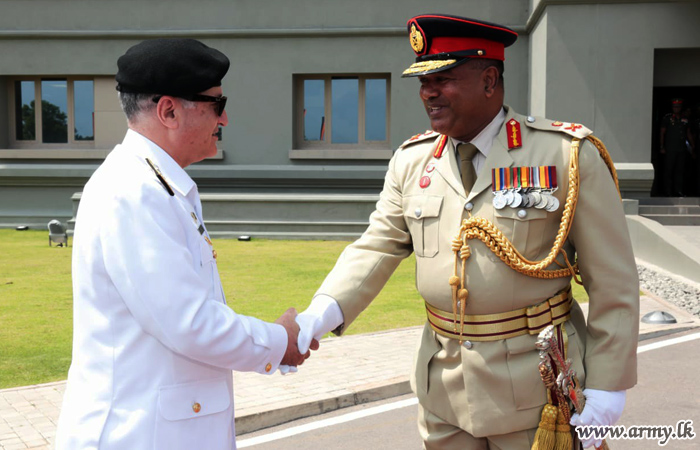 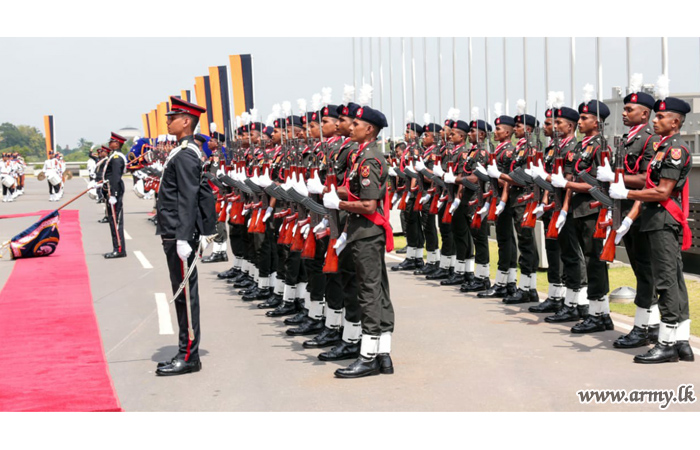 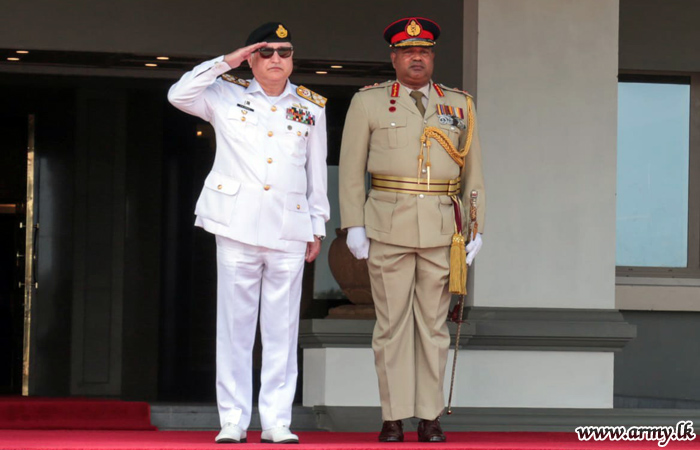 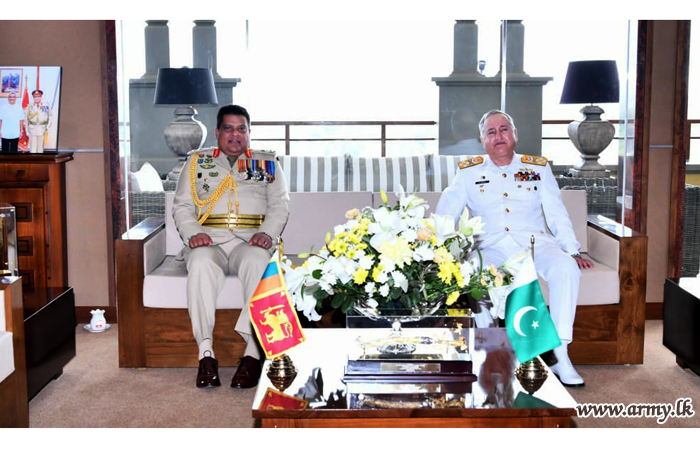 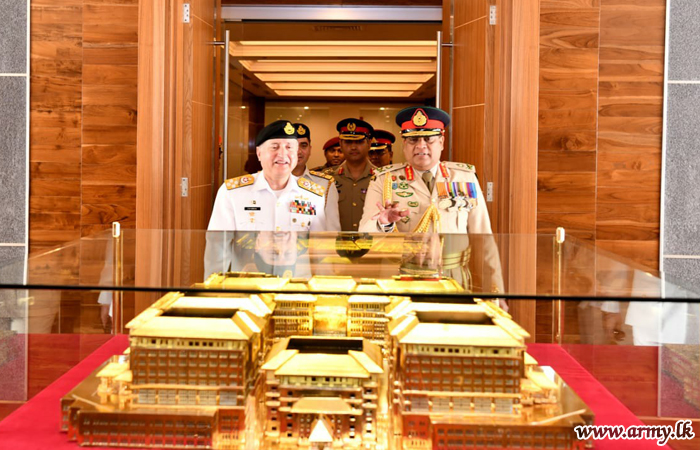