As per directions given by the Commander, Security Forces - Kilinochchi, the General Officer Commanding 57 Division instructed 1 Sri Lanka Sinha Regiment (SLSR) troops under the 573 Brigade organize a programme to distribute jack saplings among civilians in the area of responsibility.

On Saturday (23) 1500 jack saplings were distributed among 250 civilians, resident in the general area of Uriyan after inviting them to 573 Brigade Headquarters.

Representing the Commander 573 Brigade, the Civil Affairs Officer in the 573 Brigade attended the event along with the 2 nd in Command of the 1 SLSR 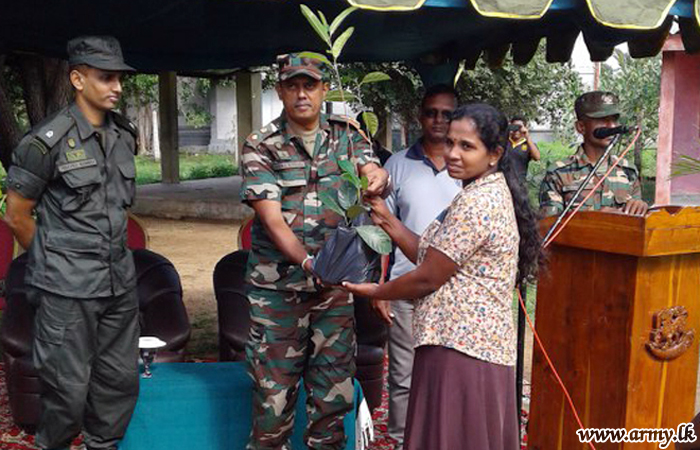 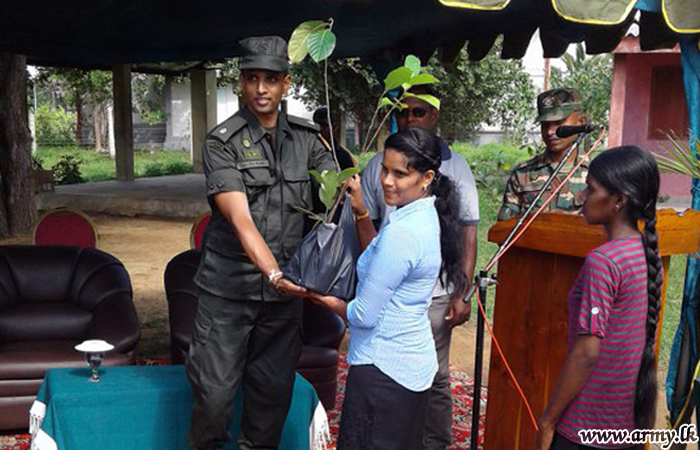 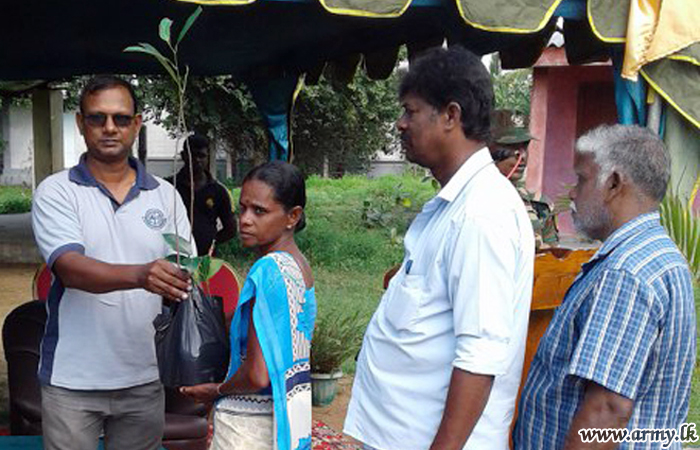 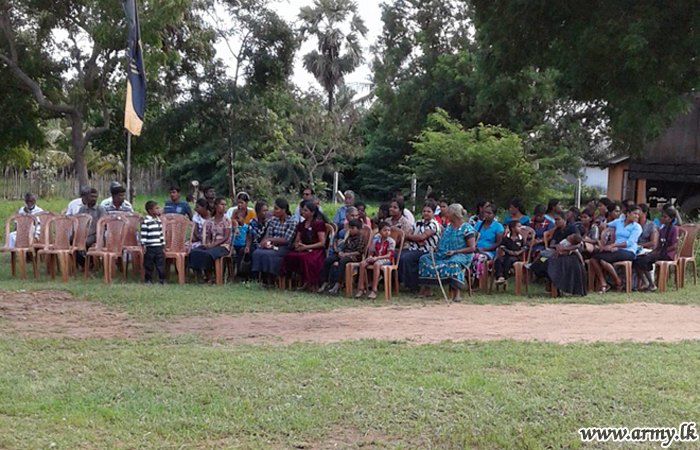