Al-Haj Mohamed Chairman, Secretary and a few members of the Board of Trustees of the Kollupitiya Jummah Mosque warmly received the day’s Chief Guest, Lieutenant General Shavendra Silva, Chief of Defence Staff and Commander of the Army on arrival at the premises in the company of Brigadier Ashker Mutaliph, Chairman, Army Muslim Association and a few Senior Officers.

A few seconds later, prayer sessions got to a start after decorating the holy place in keeping with Islamic traditions before trilingual welcome speeches were delivered highlighting the importance of the day’s prayers.

The customary Islamic religious sermon, ‘Bayan’ then invoked blessings symbolically on Army flags and the organization, lauding the services, being rendered by the Army for the best interests of the country. Moulavi A.B.M Rizvan of Kollupitiya Jumma Mosque conducted the special chanting, ‘Qirath’ prayers and Moulavi Amher Hakeemdeen afterwards performed the wishing prayers, ‘Dua’ according to the sequence of invocations.

Lieutenant General Shavendra Silva after culmination of the special Islamic religious prayers presented a plaque and made a financial donation towards the development of the holy premises and shared a couple of views with Moulavis on co-existence, harmony and reconciliation in the country.

The event, organized by the Army Muslim Association was attended by the Chief of Staff, Senior Officers and Other Rankers, together with a representative gathering of Muslim members in the Army. 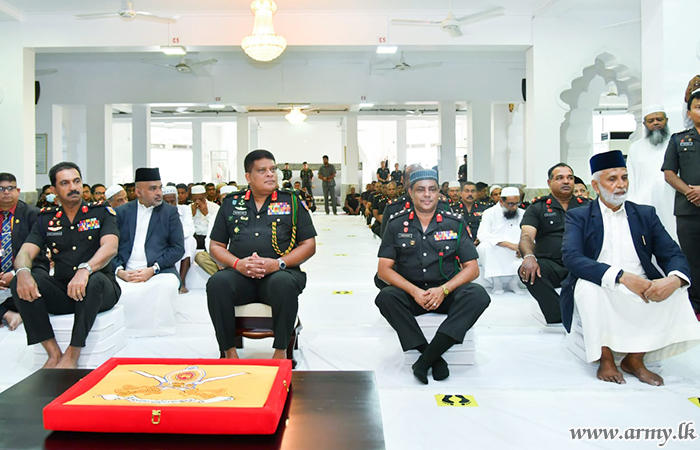 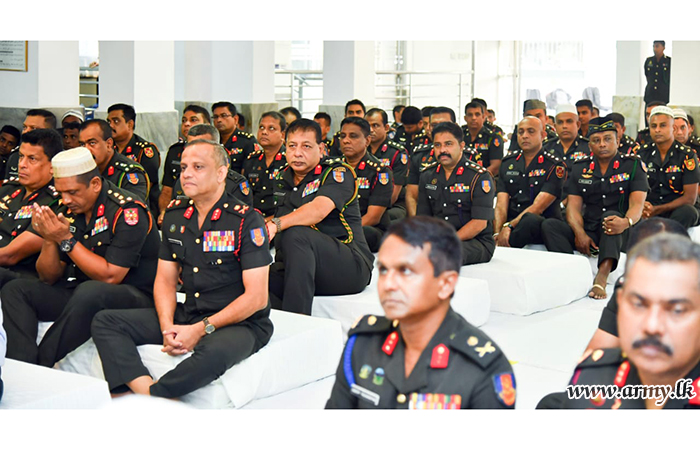 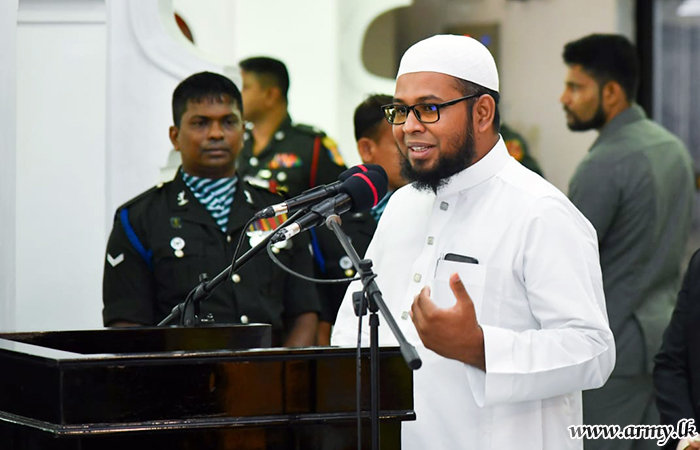 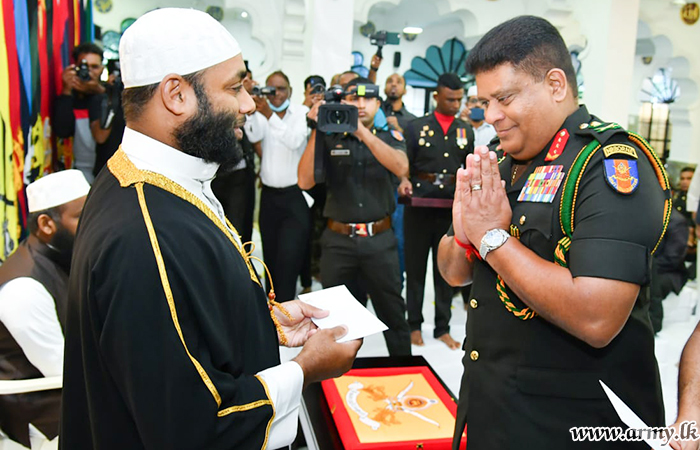 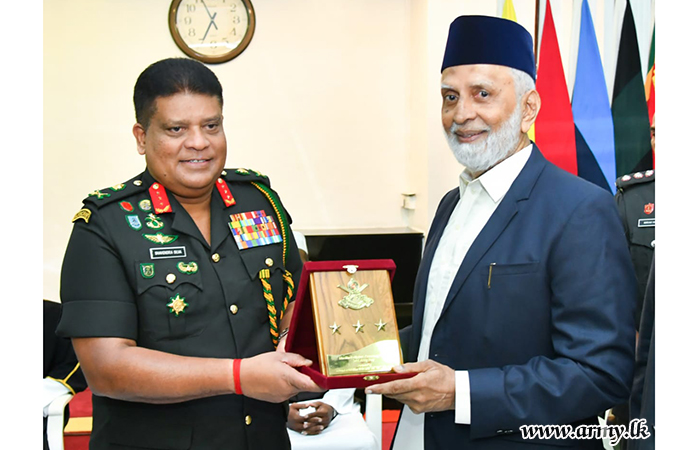 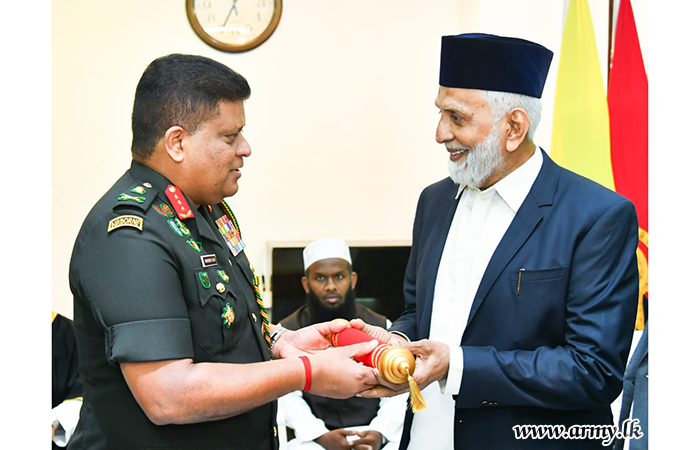 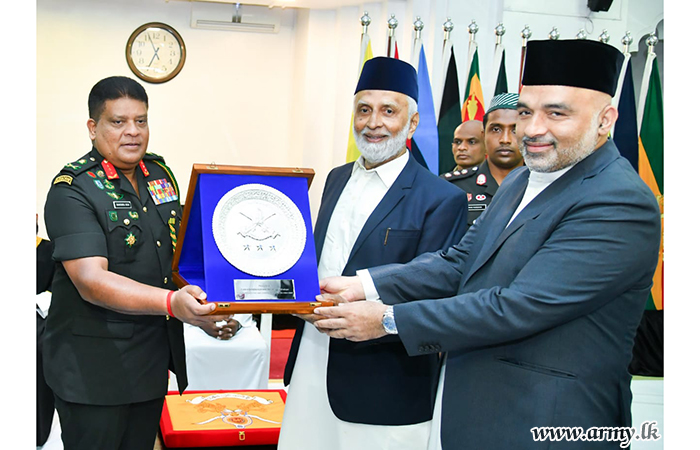 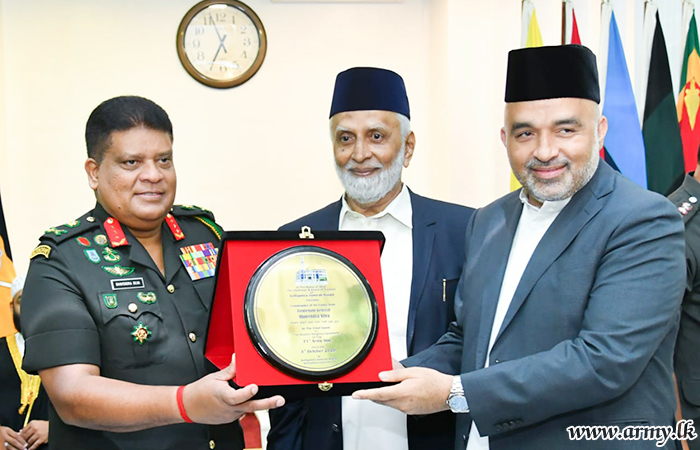 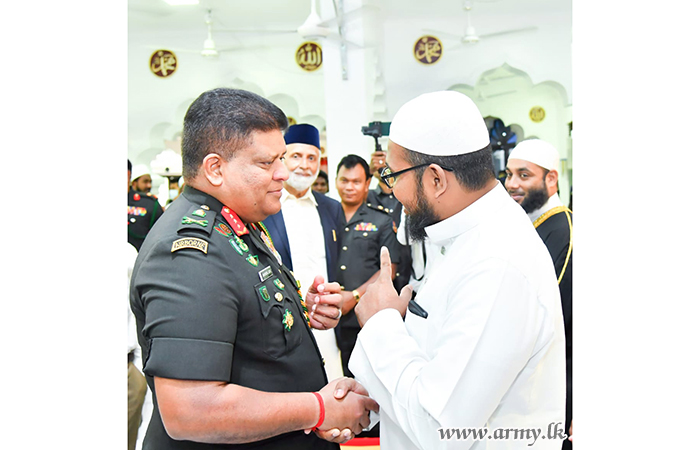 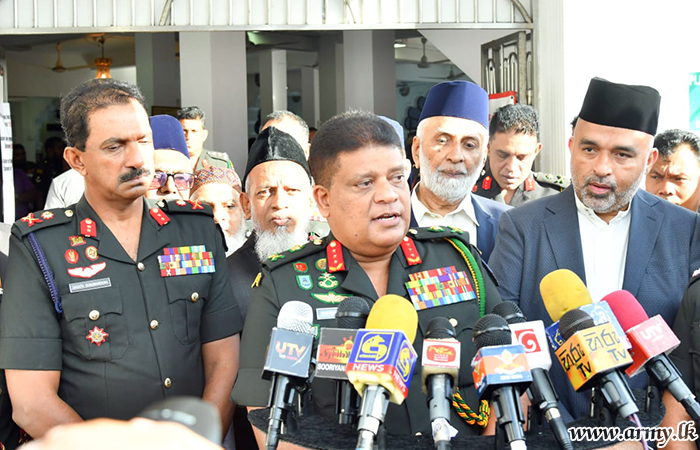 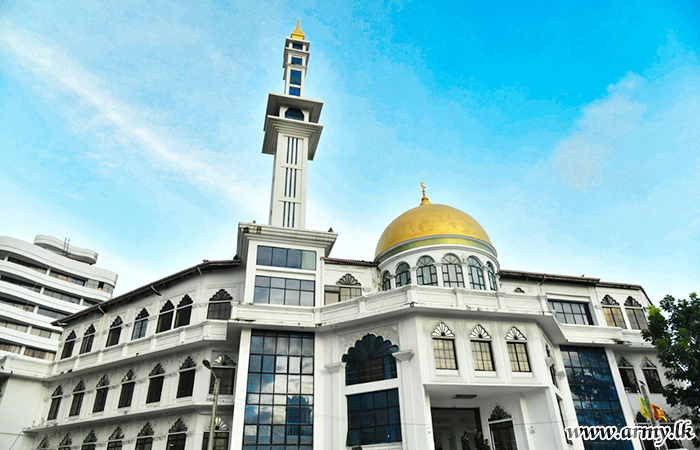