The visiting General Manoj Mukund Naravane, PVSM, AVSM, SM, VSM, ADC, Chief of the Army Staff of the Indian Army currently in the island on a five day-long (12-16 October) goodwill visit at the invitation of his Sri Lankan counterpart as the first segment of his formal itinerary in Sri Lanka paid tribute and saluted memories of fallen Indian Peace Keeping Force (IPKF) War Heroes at Battaramulla IPKF monument this morning (13).

At the IPKF monument premises, Major General Ajith Dissanayake, Chief of Staff, Office of the Chief of Defence Staff received the visiting Indian Army Chief as the troops of the Sri Lanka Corps of Military Police, remained vigil to begin the brief proceedings after inviting the Indian Army Chief to the special dais.

Amid honours presented by troops of the Sri Lanka Corps of Military Police, General Manoj Mukund Naravane walked to the memorial and solemnly placed a floral wreath and saluted his fellow-Indian Jawans who had laid their lives in Sri Lanka’s fight against terrorism between 1987 - 1990.

Sounding of the Last Post in keeping with military traditions and accord of the solemn and dignified respect, signalled the end of the brief memorial service. 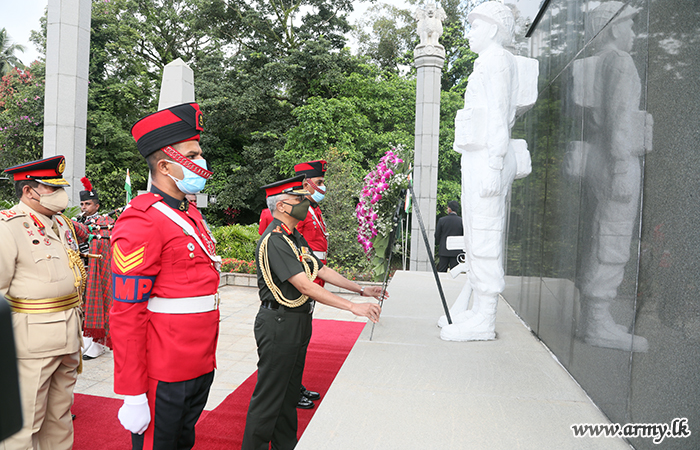 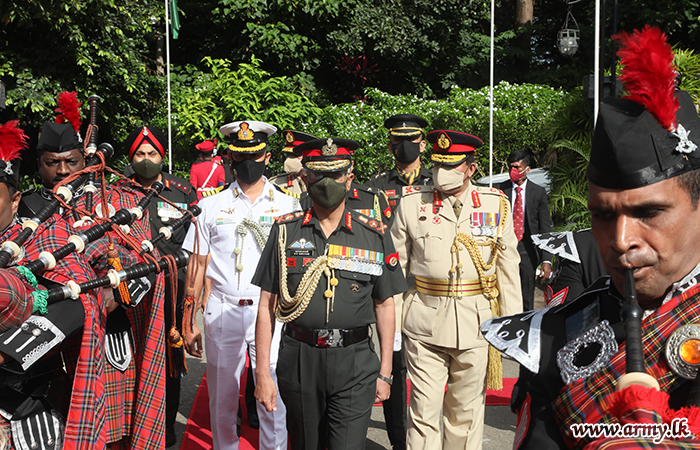 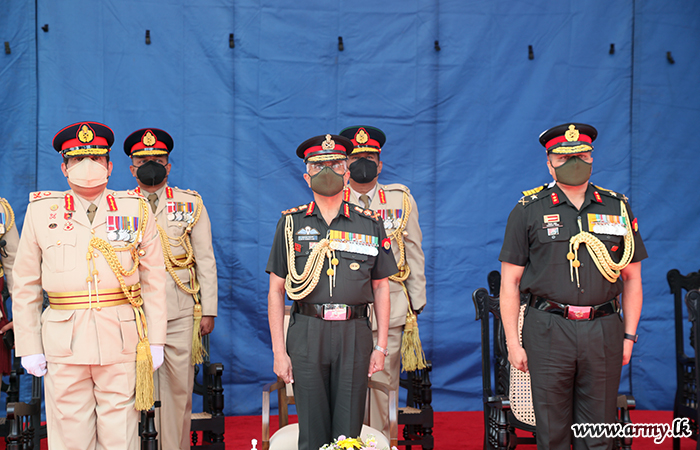 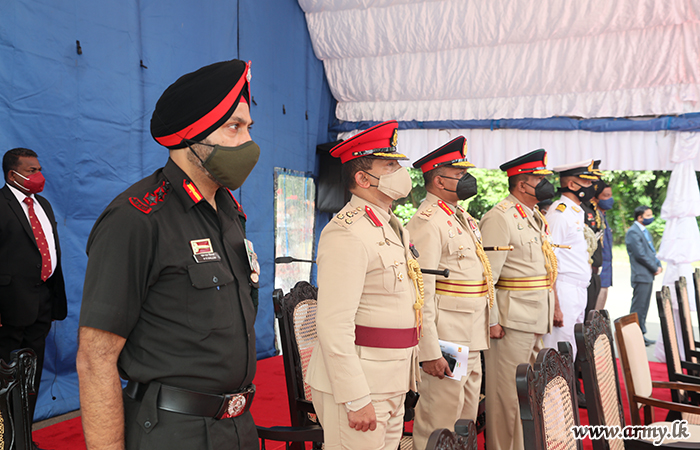 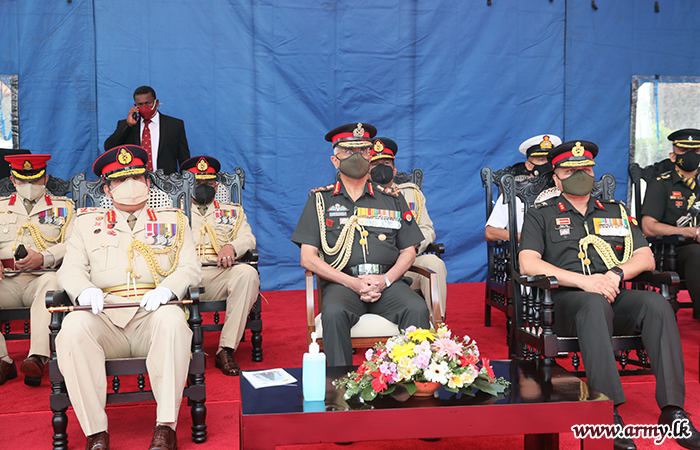 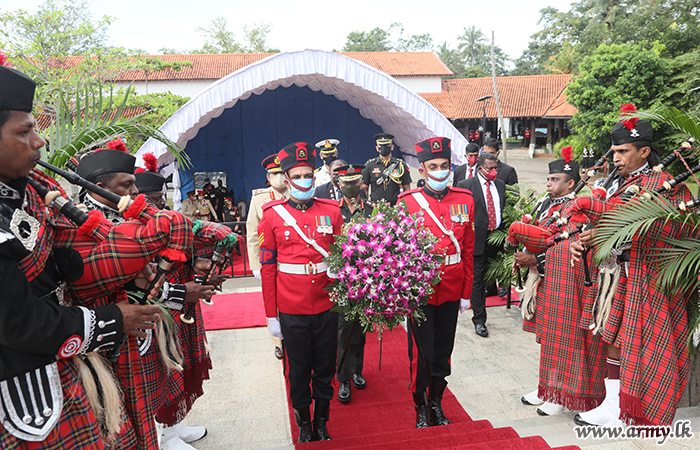 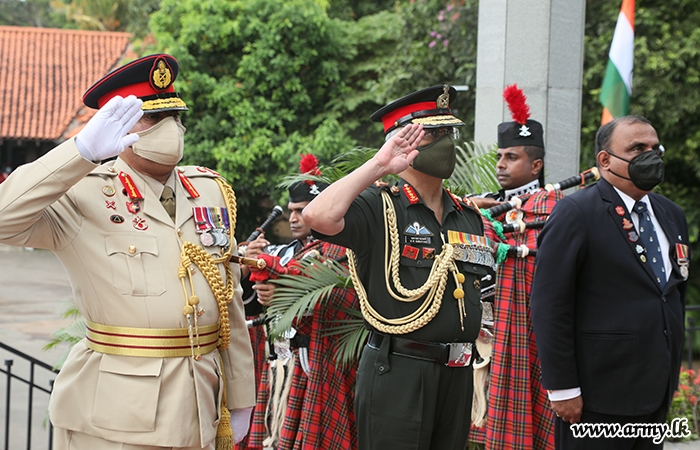 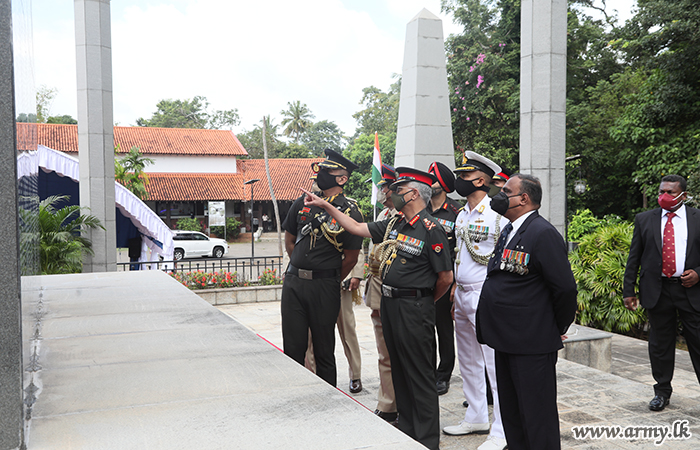 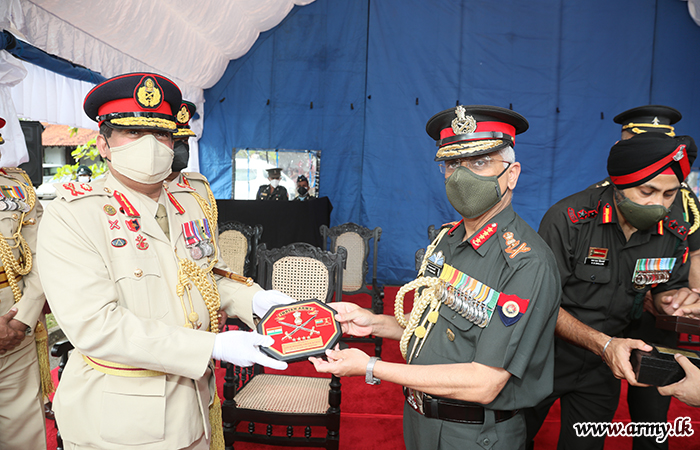 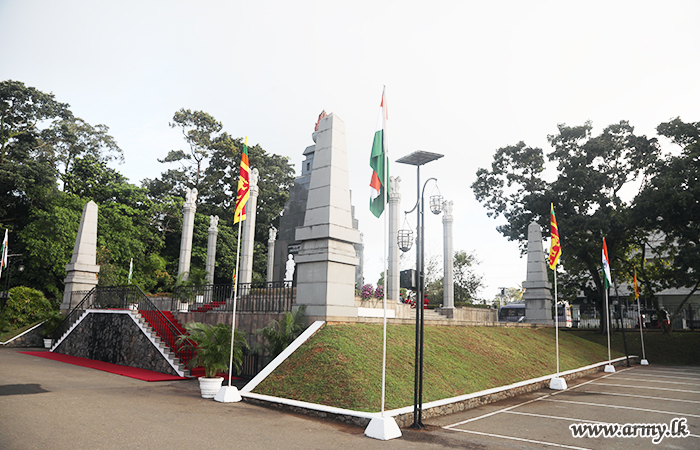