The Gemunu Watch (GW) Headquarters at Kuruwita offered its due recognition to President’s Colours and Regimental Colours by enshrining them in a separate ‘Colour Chamber’ inside the Regimental Headquarters premises on Friday (26) during a simple inaugural ceremony, led by Major General Suraj Bangsajayah, Colonel of the Regiment, GW.

1st, 2nd (V) and 3rd (V) Battalions of the Gemunu Watch were awarded President’s Colours and Regimental Colours for their loyal and distinguished services rendered to the nation with the highest level of discipline by His Excellency, late J.R Jayawardena, the Commander-in-Chief of the Armed Forces and the President of Sri Lanka at the public ground in Galle on 15th August 1980. 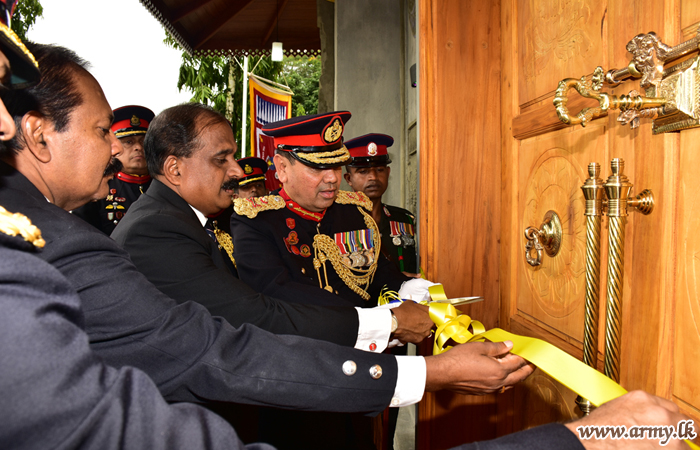 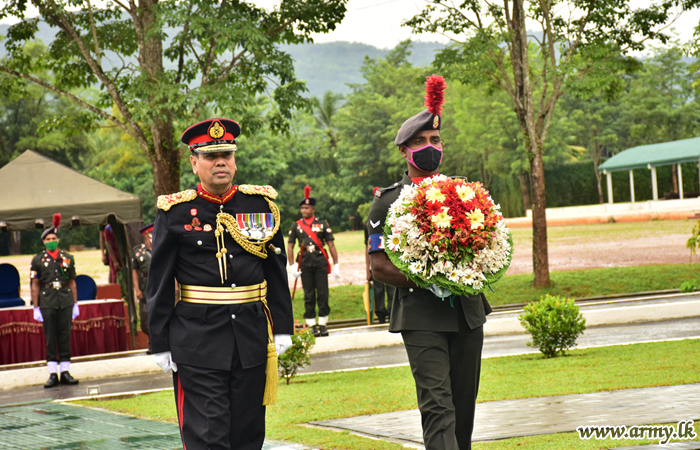 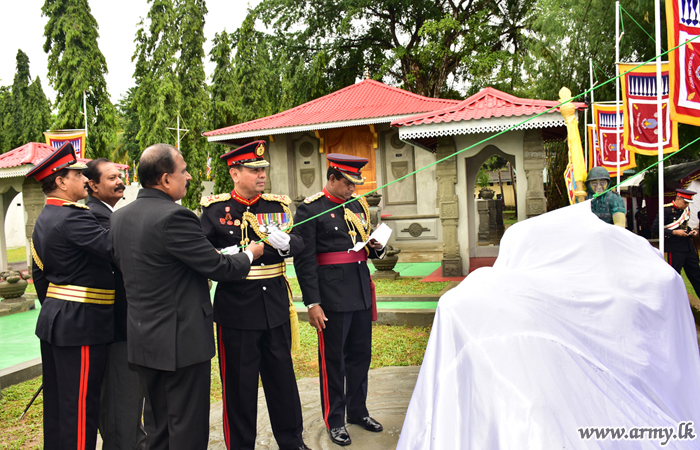 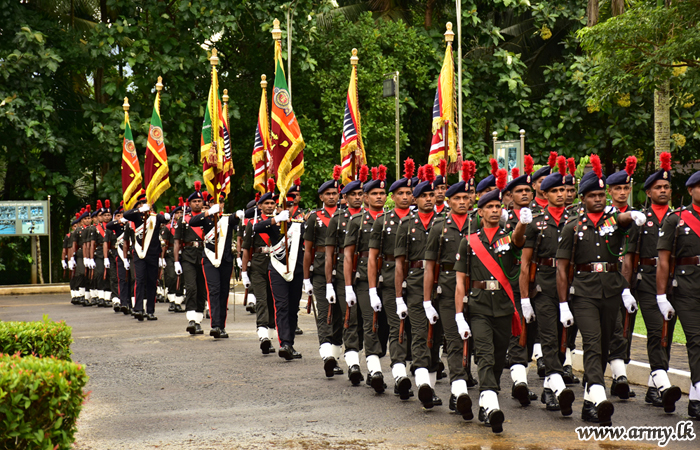 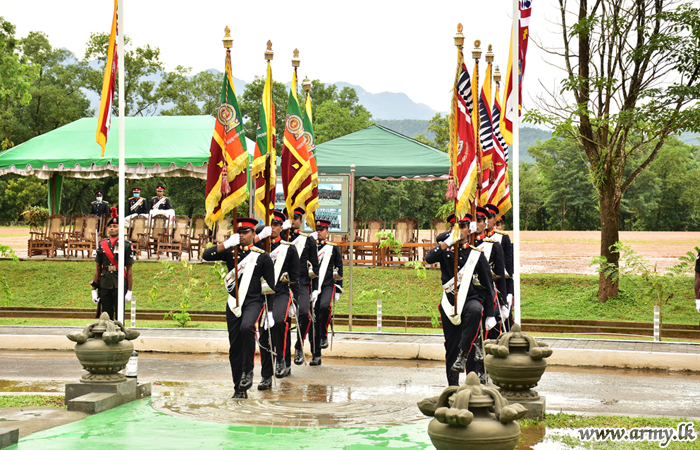 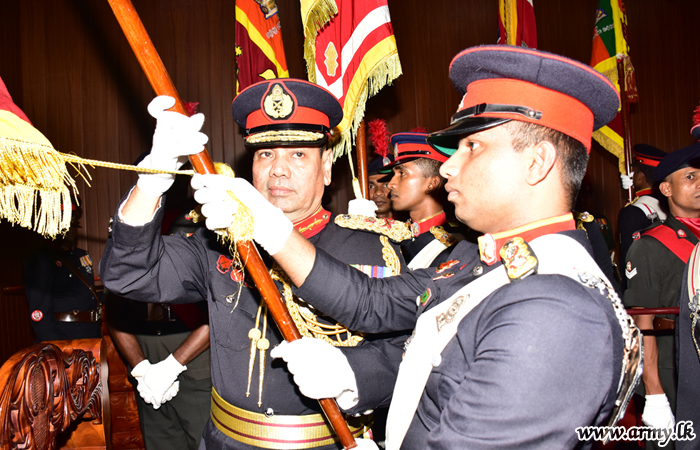 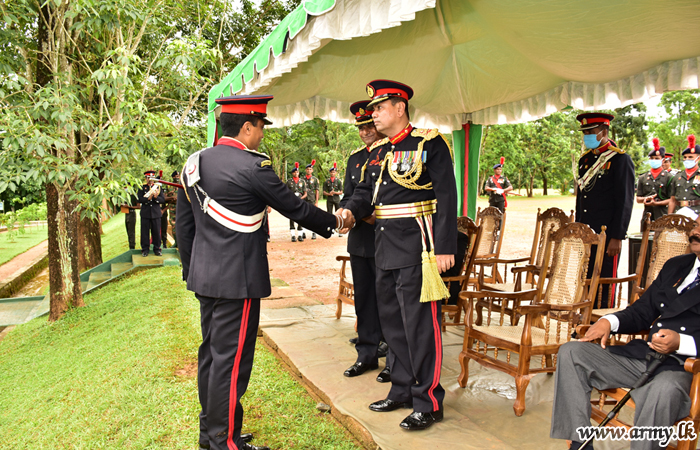 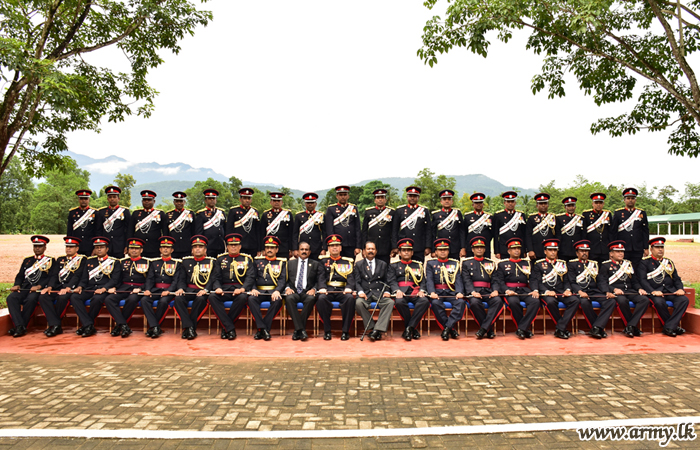 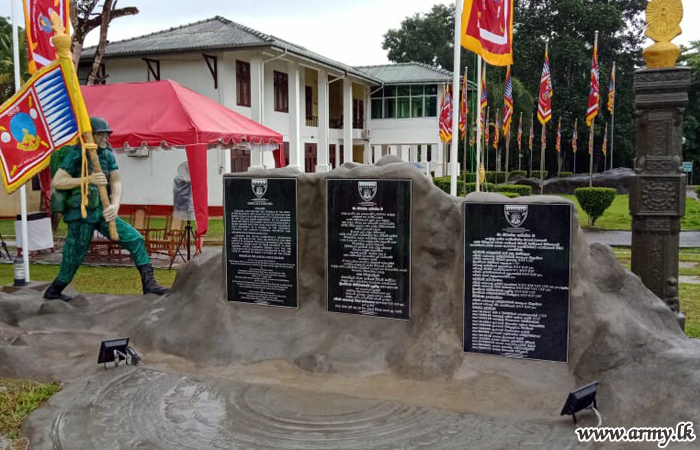 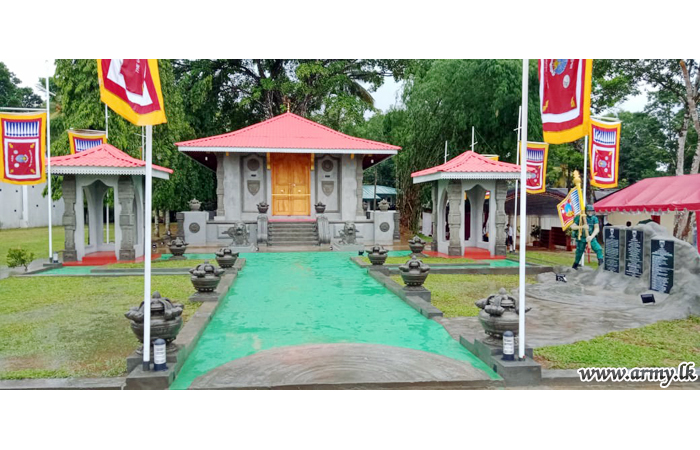 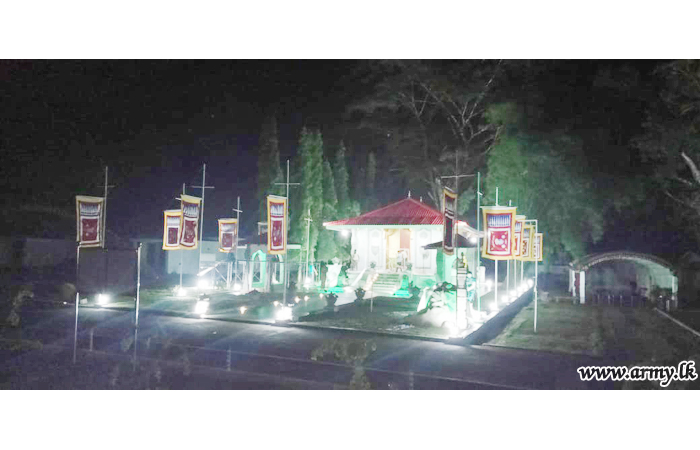