A salute by them prior to their departure was recently accorded to Major General Neranjan Ranasinghe, Commander 56 Division at the Rock House, Sri Lanka Armoured Corps parade ground in Modera, Colombo 15.

This is the first ever occasion a combined forces' contingent from Sri Lanka Army, Navy and Air Force leaves on any UN mission. The UN assigned troops include 102 from Army, 50 from Navy and 48 from Air Force.

This new contingent is scheduled to depart in the coming weeks to take over duties in Haiti in addition to already serving seven hundred and fifty soldiers of the Sri Lanka Sinha Regiment. 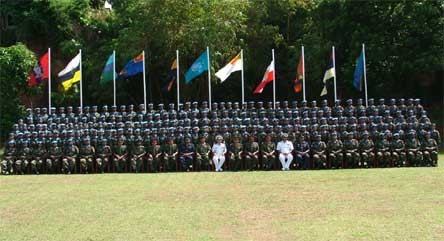 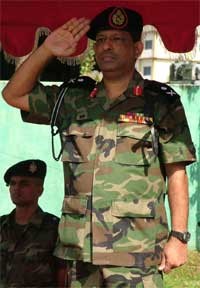 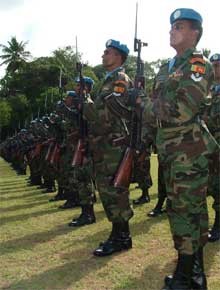 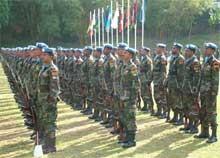 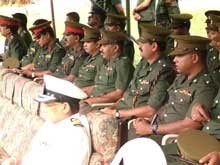