Mrs Kshenuka Senewiratne, Ambassador - designate as Sri Lanka’s Permanent Representative to the UN in New York, prior to her assumption of office paid a courtesy call on Lieutenant General Mahesh Senanayake, Commander of the Army this morning (15) at the Army Headquarters.

Brigadier Prathap Thilakaratne, Director Overseas Operations was also present at the meeting, in which several matters of relevance to the Army as regards its overseas deploymentis concerned.

Towards the end of the interaction, Lieutenant General Senanayake extending his best wishes on the new appointment presented her with a memento. 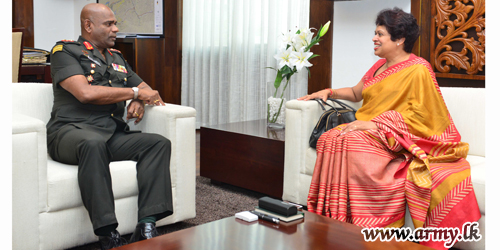 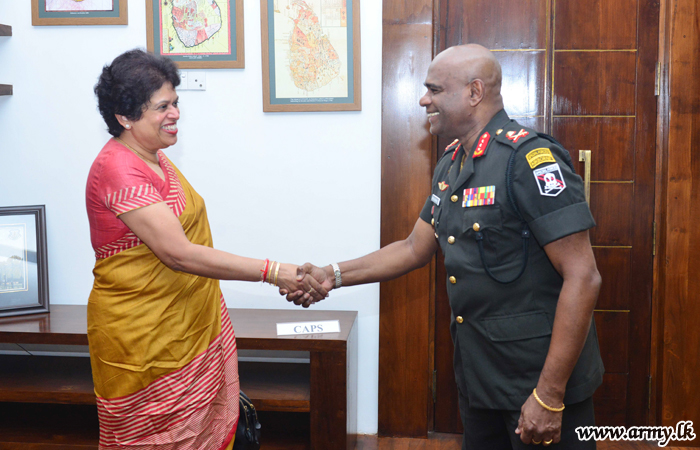 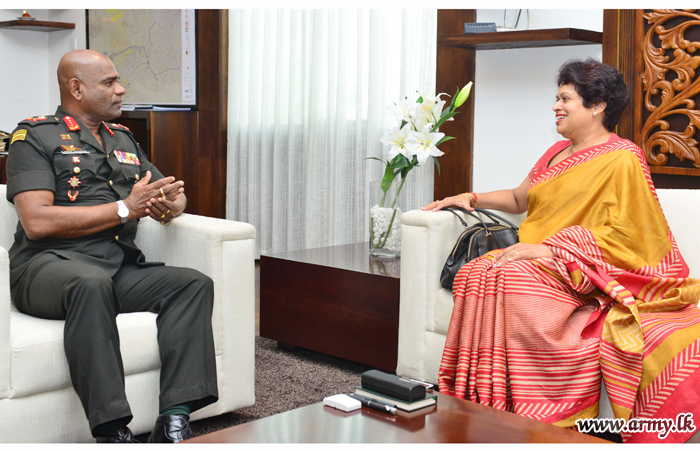 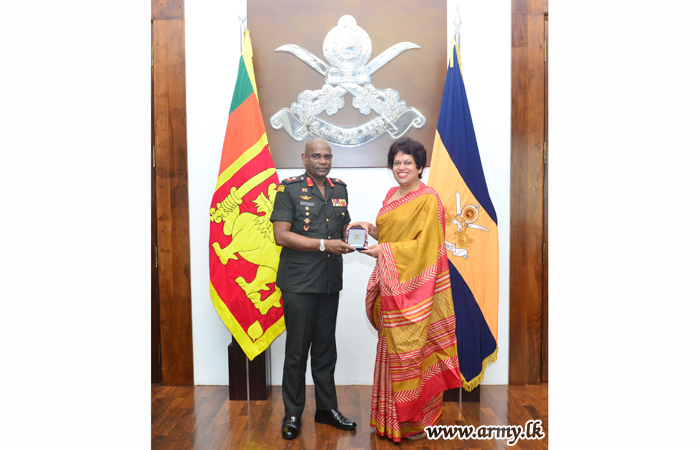