Army troops serving Vellamullivaikkal areas where the final phase of the humanitarian operations took place in Mullaittivu held a 'Dansela' on Friday (18) on behalf of fallen War Heroes and distributed refreshments among all civilians who were recollecting memories of their departed ones.

On the directions of Major General Rasika Fernando, General Officer Commanding, 68 Division, troops with the objective of commemorating their fallen ones until the completion of humanitarian operations in May 2009 organized the arrangement on account of the War Heroes' Day and distributed cool drinks among civilians who had also been joining different memorial events in the area.

Meanwhile, 12 Vijayabahu Infantry Regiment troops of the 552 Brigade in the 55 Division on the directions of Brigadier Jayantha Gunaratne, General Officer Commanding, 55 Division of the Security Force Headquarters-Jaffna in a 'Dansela' offered milky refreshments to all those returning to Jaffna in vehicles at Iyyakachchi on Friday (18) after their participation in different memorial events in Vellamullivaikkal and other areas.

The event organized to invoke merits to their fallen tri service comrades has been supported by all ranks serving the 552 Brigade. 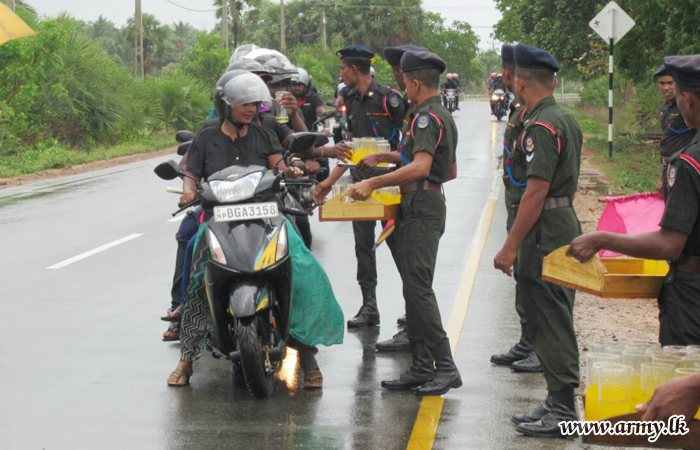 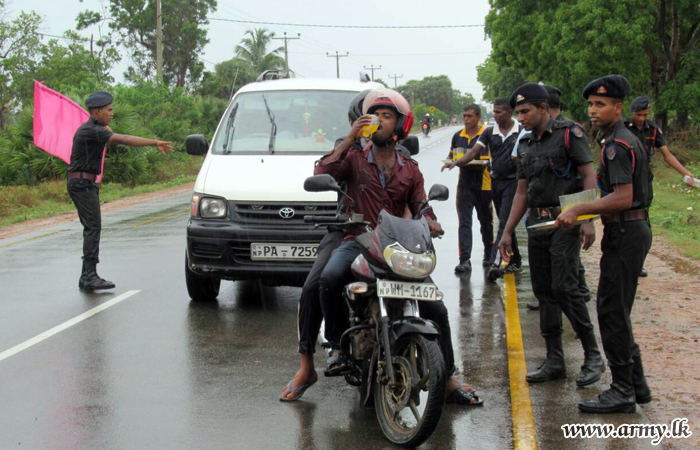 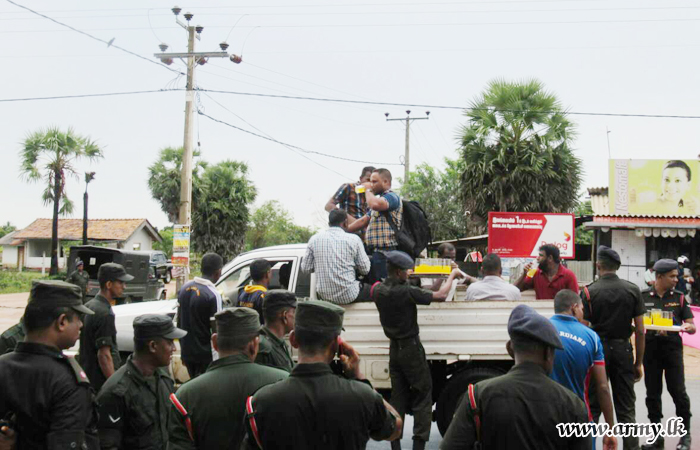 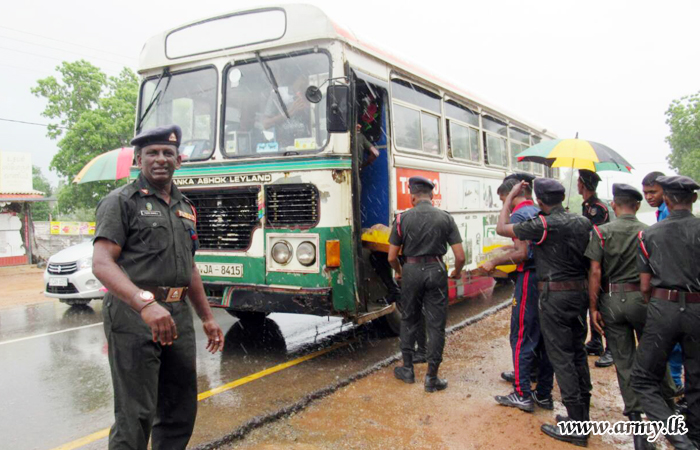 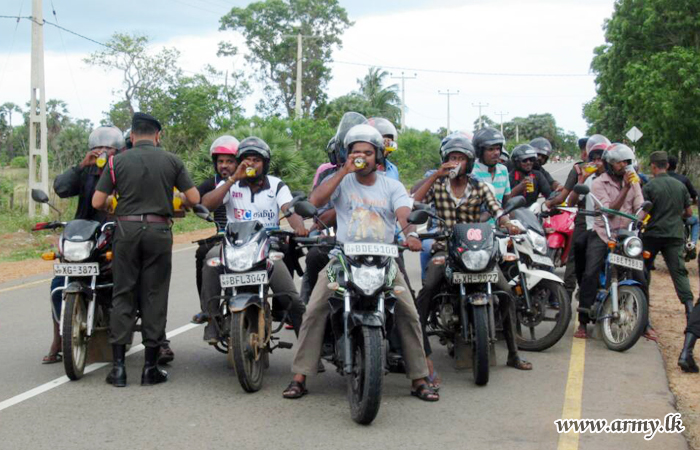 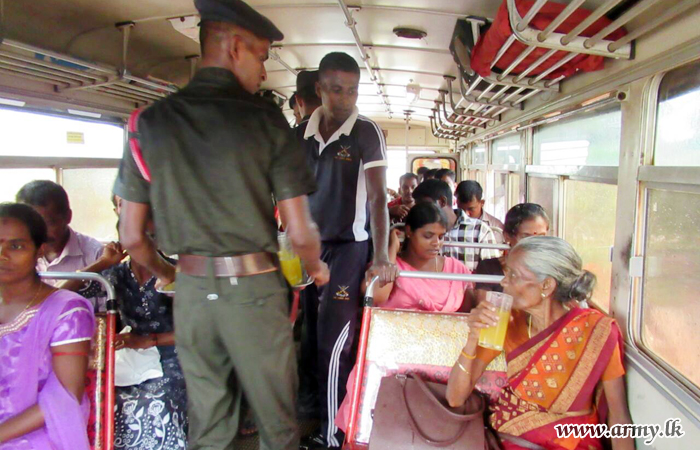 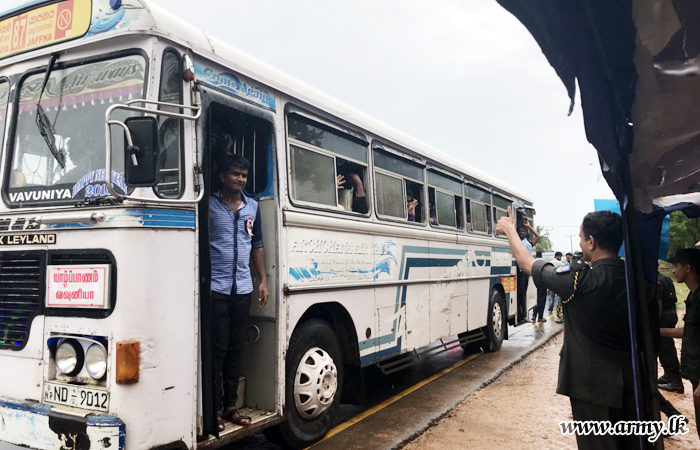 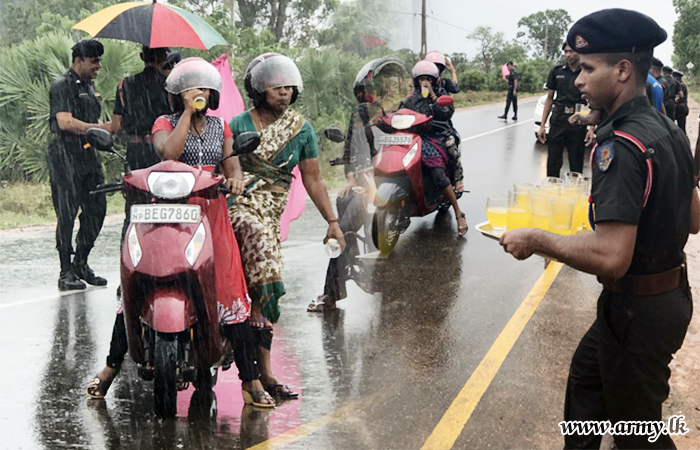 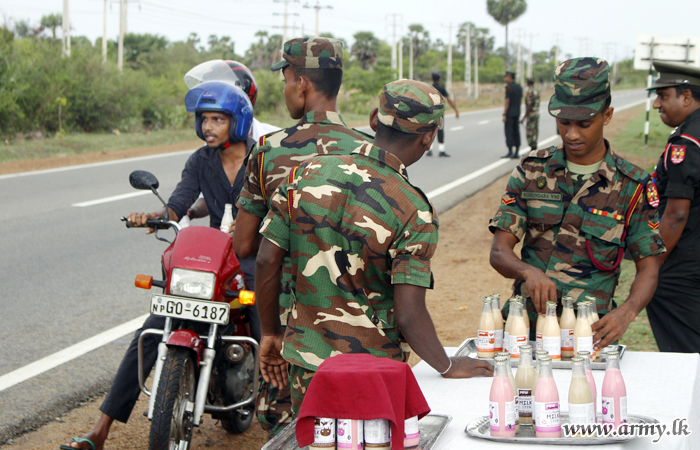 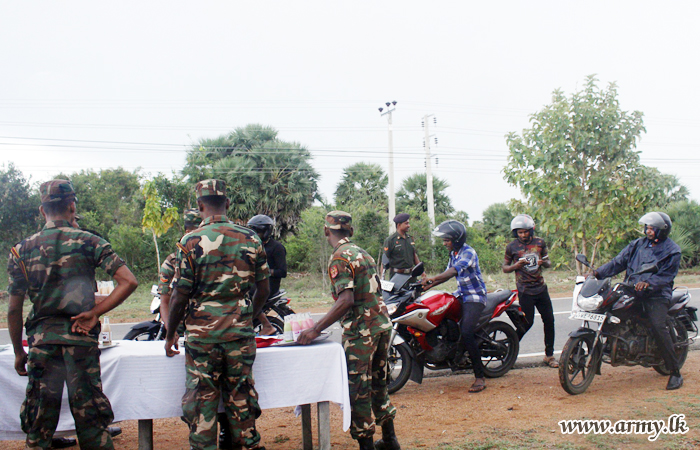 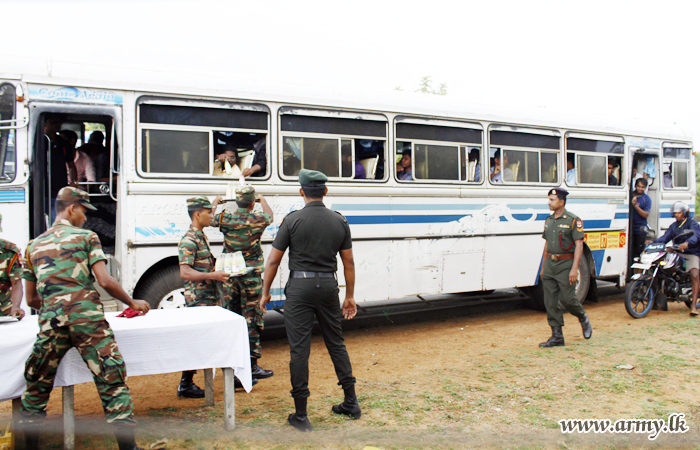