The maiden Sinhala copy of the 'The First World War 1914-1919,' authored by Dr Prashantha Perera, a retired university don whose specialty covered History and Archaeology was presented to the Commander of the Army, Lieutenant General Mahesh Senanayake at the Army Headquarters this morning (28).

To mark the 100th anniversary upon formal culmination of the First World War on 28 June 1919, the author, a former lecturer at the University of Kelaniya has carried out extensive research and study for more than two years in order to compile this product as a full dossier of the violent developments that were experienced by millions of yesteryear generations.

Accompanied by the former Deputy Chief of Staff, Major General Renaka Udawatte (Retd), the author during the morning meeting briefed the Commander of the Army on its contents and what made him to compile a story of this nature as the Word War 1 completes 100 years. The Commander expressed his happiness over the production of a book of this kind in Sinhala and wished good luck with the propagation of the researched product.

The author, a past proud product of Royal College, Colombo recalled the memories of those turbulent times as retold to him by his ancestors and others, maintains that it would be useful for the Army and the people alike, interested in learning how it broke out and spread across the world.

Major General Renaka Udawatte (Retd), a former Deputy Chief of Staff in the Army & at present working as a visiting lecturer in Kotelawala Defence University & Procurement Specialist in the Ministry of Mahaweli Development & Environment was also there at the Commander's office. 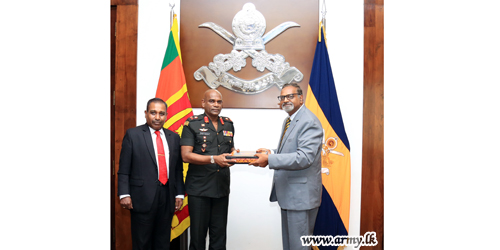 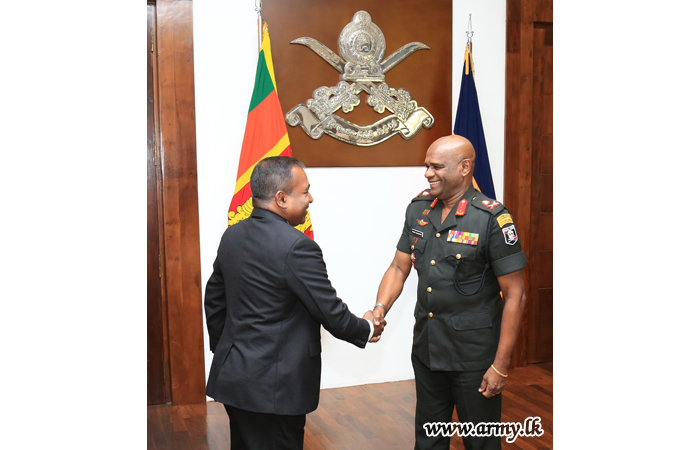 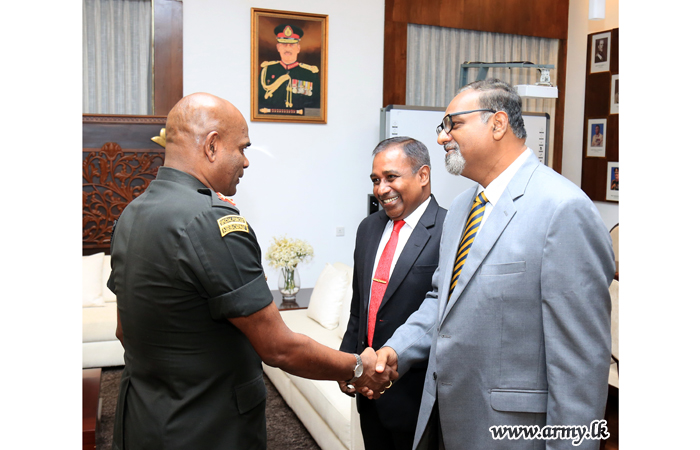 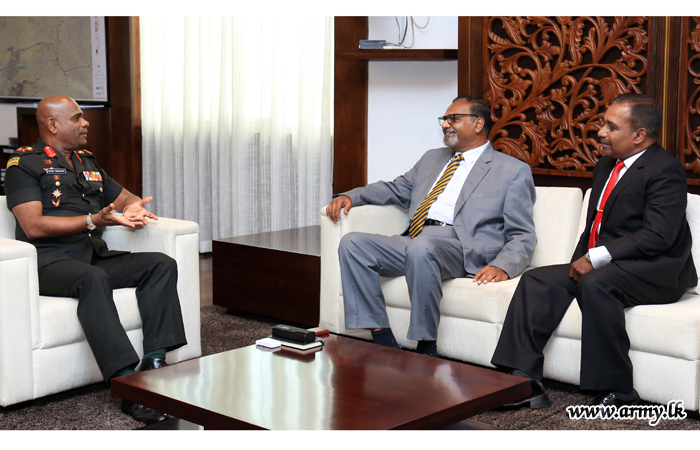 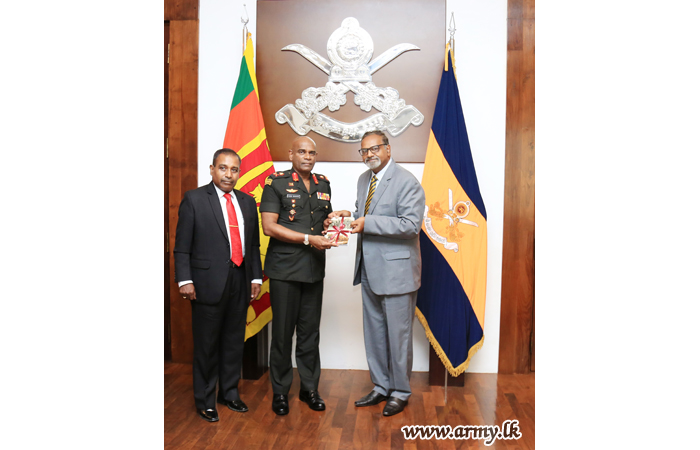 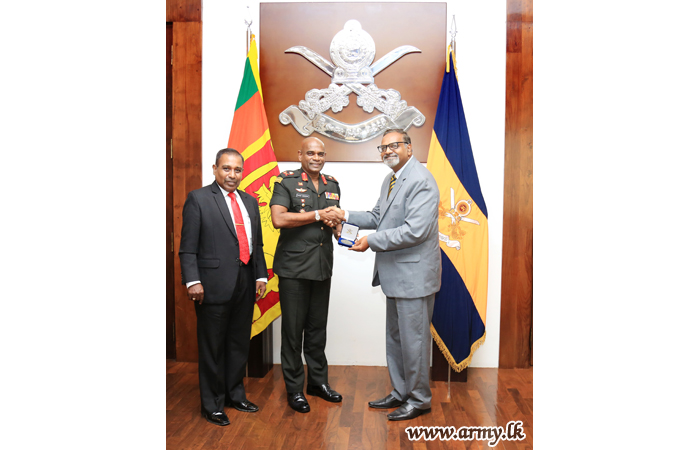