A special tree planting project in parallel with the opening of an India-funded New Housing Project in Nuwara Eliya got underway on Thursday (20) at Mahatma Gandhi Puram, Dunsinane Estate in Nuwara Eliya to coincide with 150th Anniversary of Mahatma Gandhi, World Environment Day and International Day of Yoga where Lieutenant General Mahesh Senanayake, Commander of the Army as the Chief Guest, together with Mr D.C. Manjunath, Counsellor Development Cooperation from High Commission of India and Mr V. Puththirasigamany, Chairman of the Plantation Human Development Trust (PHDT) distributed some 1600 plants of economic value among civilians, resident in the area.

In the event jointly organized by the High Commission of India and the Ministry of Hill Country New Villages, Infrastructure and Community Development, those saplings were planted largely in the village, named after Mahatma Gandhi that was built with Indian assistance and inaugurated last year. The tree planting ceremony got to a start after the day's Chief Guest was warmly welcomed by organizers of the day's event. In his brief address to the occasion, Lieutenant General Mahesh Senanayake reminded the gathering of the importance of the environment.

"The transaction between your lungs and trees as well as what you eat as plants, grown with water is an inseparable phenomenon that should not be forgotten by any of us since the conservation of the forest cover means sustenance of all living-beings. In this hilly area, from where most of our rivers originate re-forestation has to be prioritized and action should be taken by us to multiple our forest cover to the targeted 32 percent as our environment is faced with a danger as never before. Realizing this need and the subsequent environmental degradation with fast changing climatic conditions, the Army under 'Thuruliya Wenuwen Api' has already undertaken this challenge and it is a pleasure to see that it is now being extended to these hilly areas with distribution of plants of economic value."

"The friendly and long lasting relations between India and Sri Lanka saw their birth with the arrival of Buddhism and fostering of Hindu beliefs and traditions in the country. India has always stood by us as a true friend and our cultural ties with them are stronger than ever, and I feel privileged to be a partner to this tree planting ceremony on the occasion of the 150th birth anniversary of Mahathma Gandhi, the father of non-violence who remains an iconic role model to the whole world. I also urge parents to encourage their children to be friendly with the environment and highlight the importance of conservation of our environment. I also thank HE High Commissioner of India, Ministers and officials for inviting me to be the Chief Guest for parallel inaugural ceremony for tree-planting in the central hills of our country," the Commander of the Army quipped.

A Press Release issued by the High Commission of India meanwhile stated that Mahatma Gandhi had famously said that the ‘World has enough for Every man’s Need but not enough for Every man’s Greed'. The trees were planted to celebrate his living in harmony with nature. With over exploitation of nature emerging as a world-wide concern, the International Day of Yoga this year is also being celebrated under the theme of ‘Climate Action’. In the event jointly organized by the High Commission of India and the Ministry of Hill Country New Villages, Infrastructure and Community Development, 1600 tree saplings were planted in the village, named after Mahatma Gandhi that was built with Indian assistance and inaugurated last year. 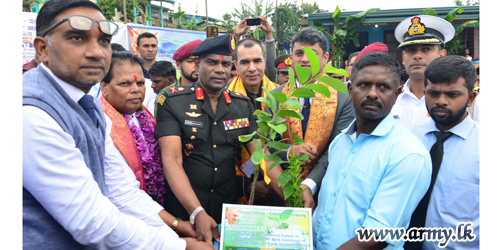 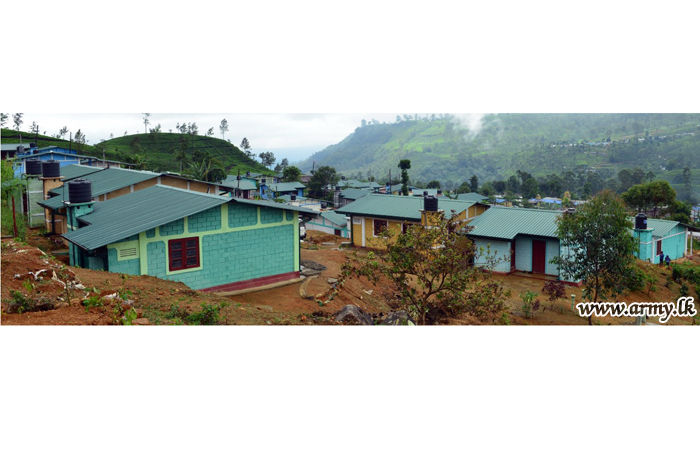 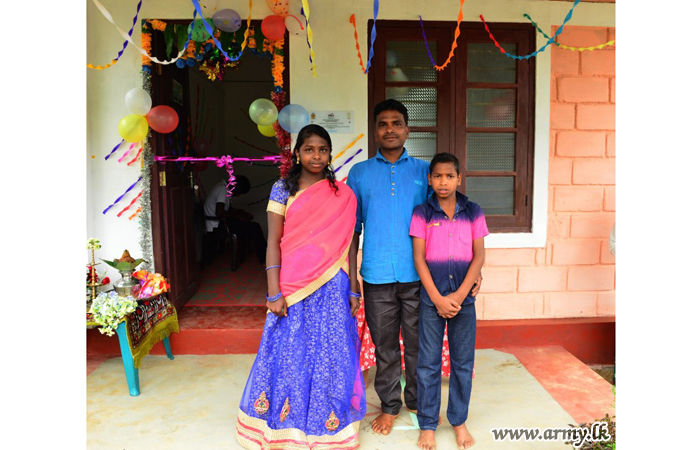 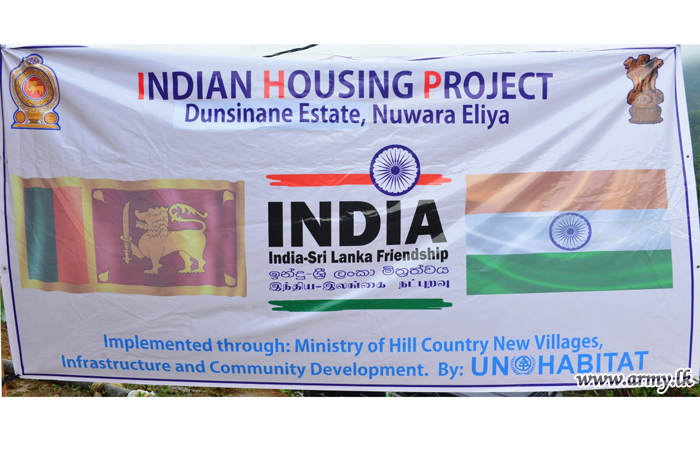 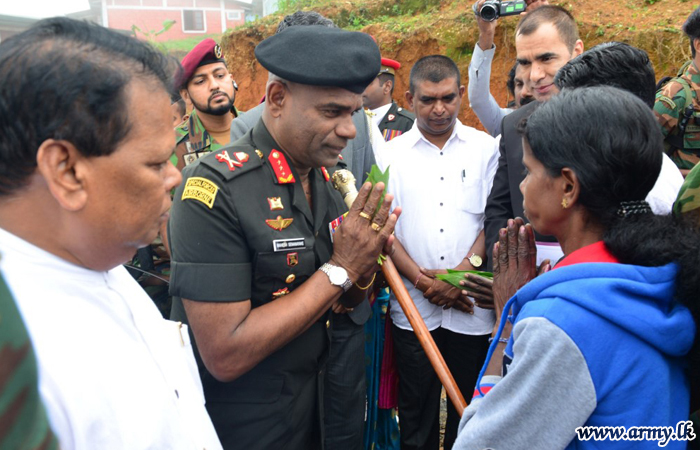 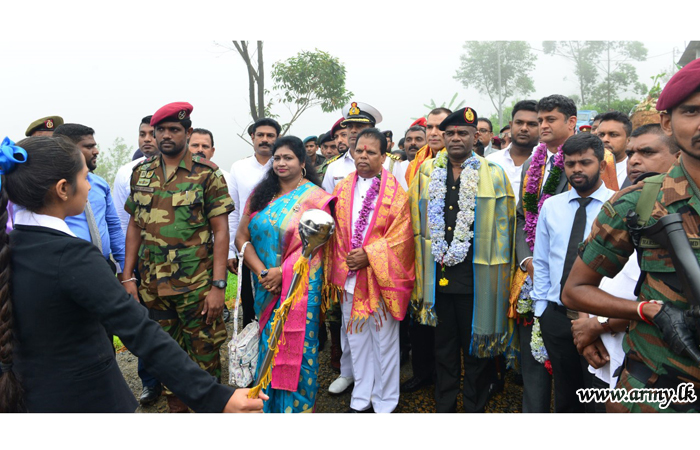 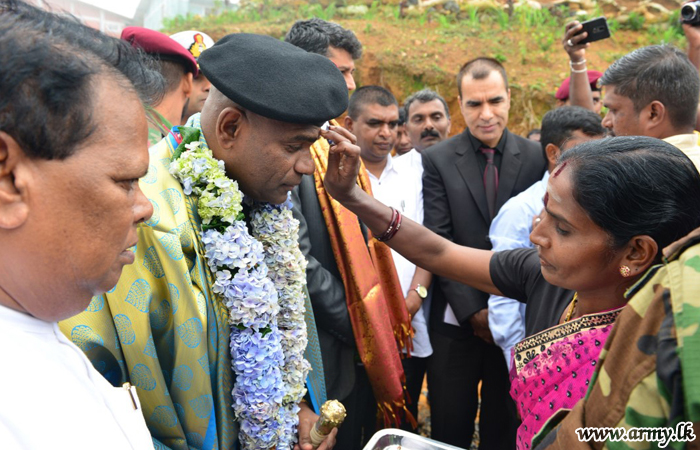 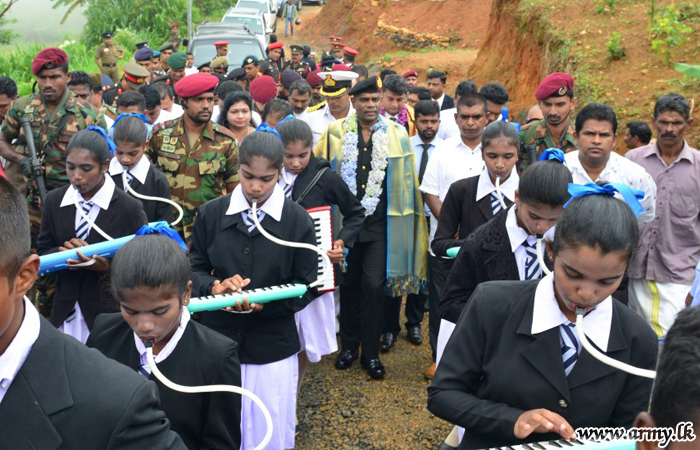 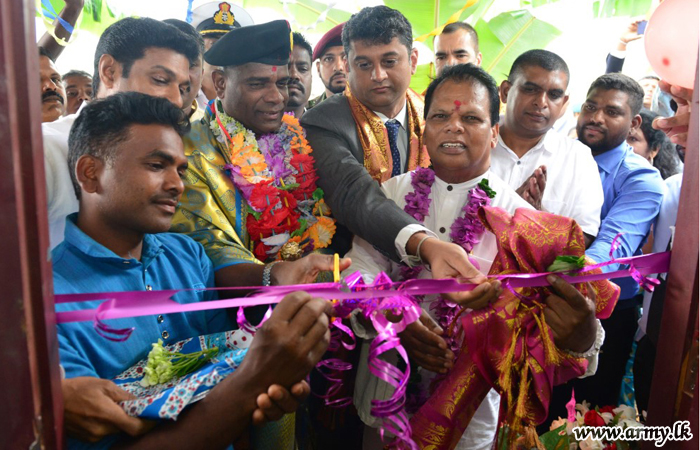 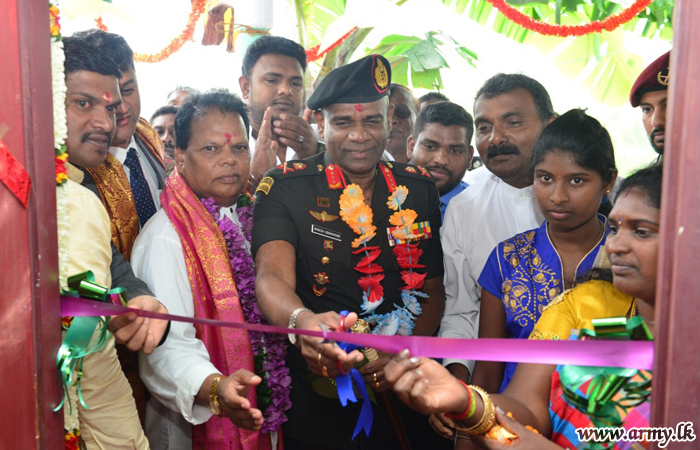 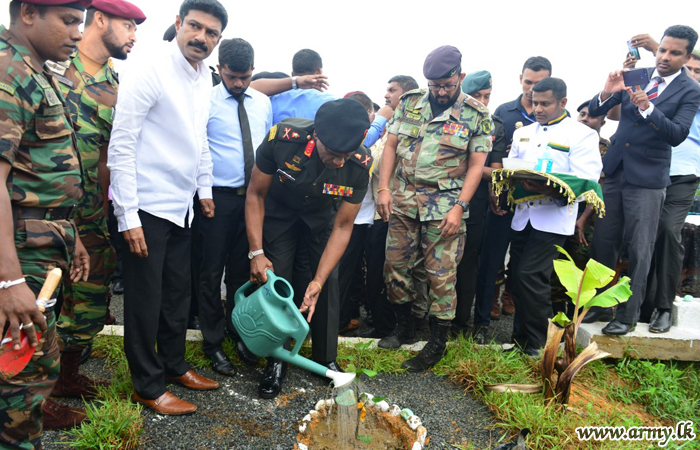 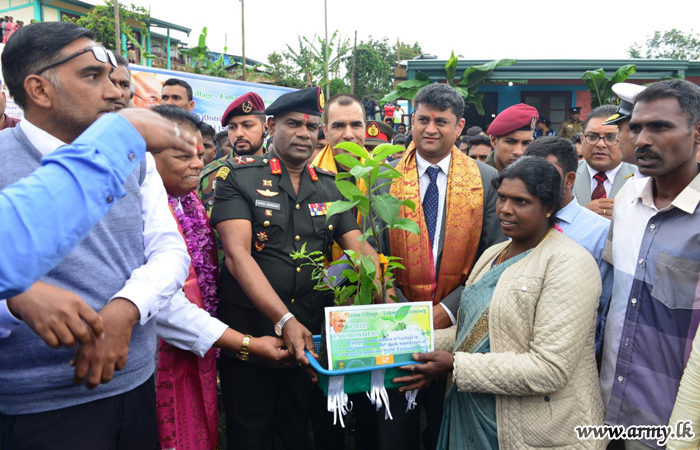 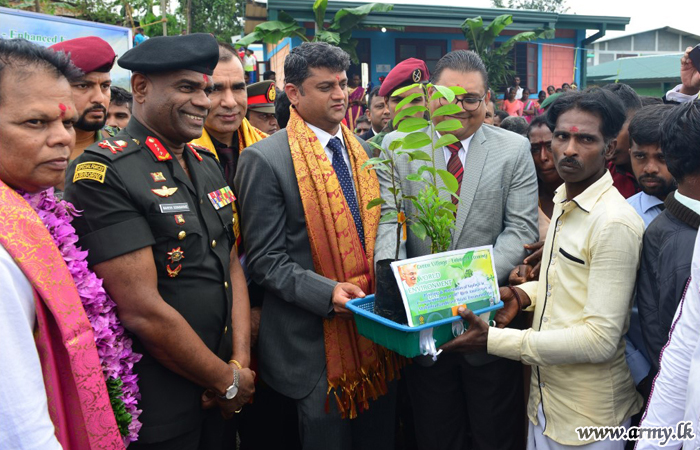 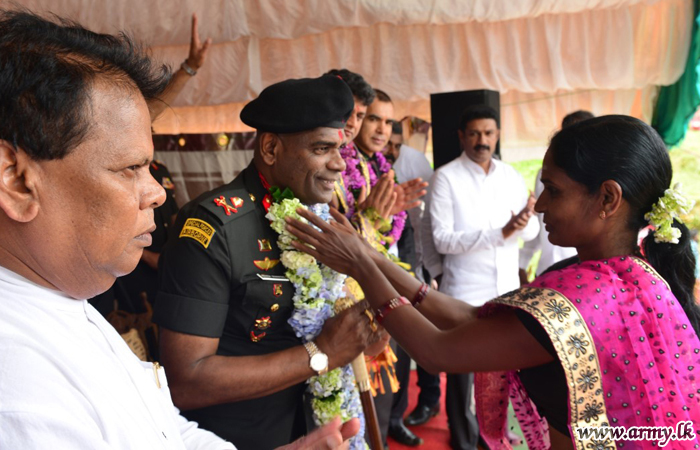 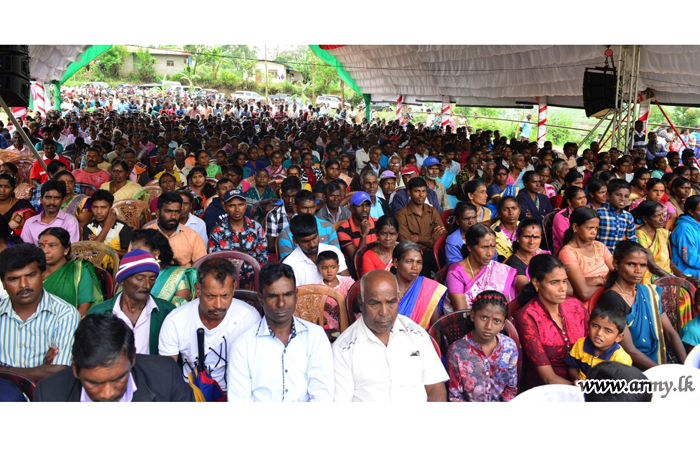 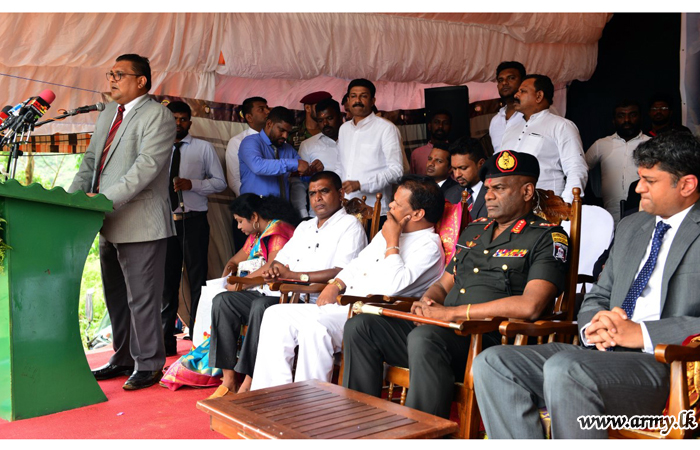 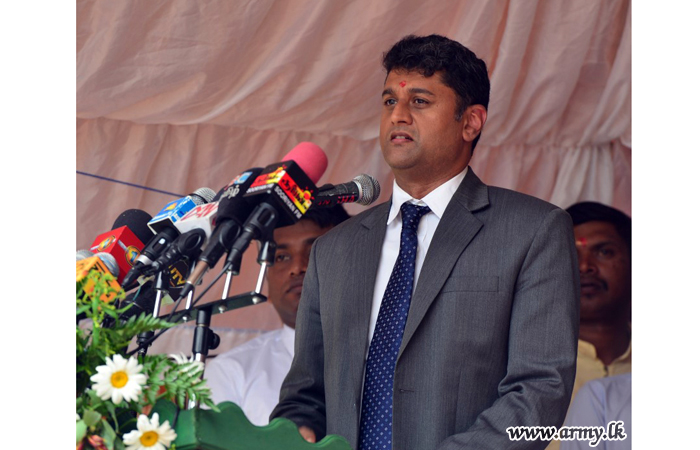 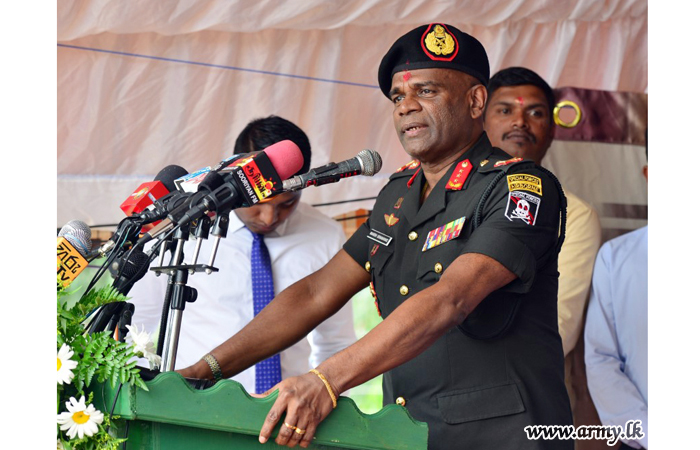