Lieutenant General Shavendra Silva, Commander of the Army, Friday (29) evening made his first courtesy call on the newly-appointed Hon Mahinda Rajapaksa, Prime Minister of Sri Lanka and former President at his office in Colombo in accordance with age-old traditions in the Army.

The visiting Commander of the Army at first extended his best wishes, greetings and courtesies to the new Prime Minister. Hon Prime Minister during the cordial exchange of views focused on general matters of concern and strengthening of security in the country, etc.

Towards the end of the meeting, the Army Chief added memories to the meet by presenting a specially-crafted souvenir to the Hon Prime Minister. 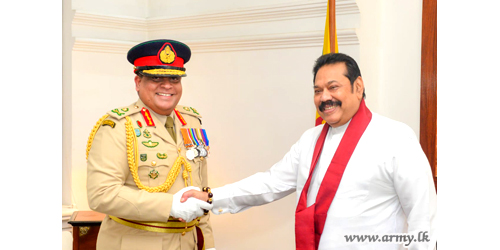 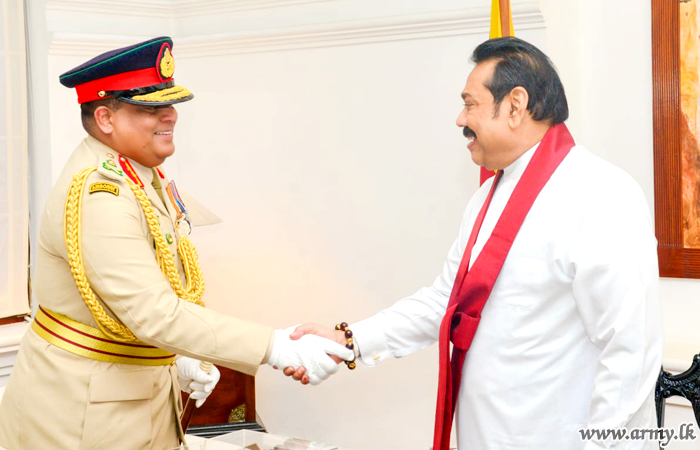 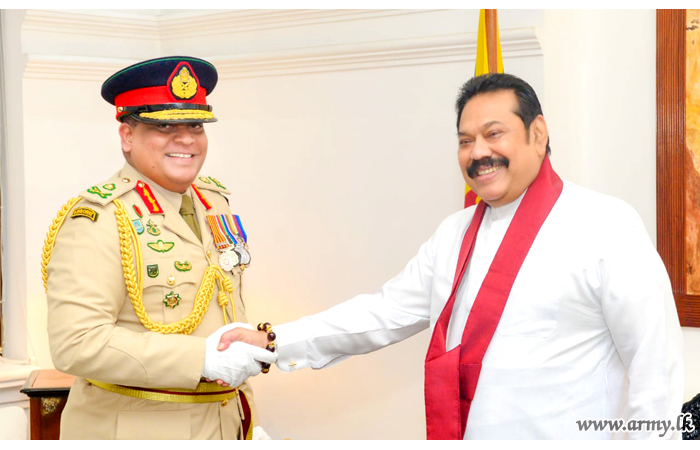 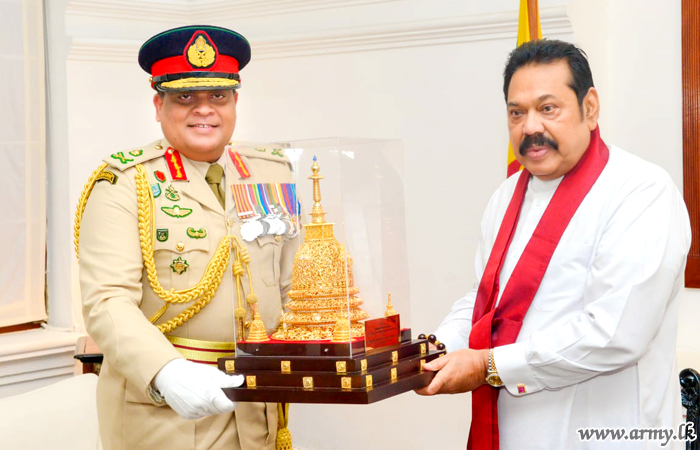 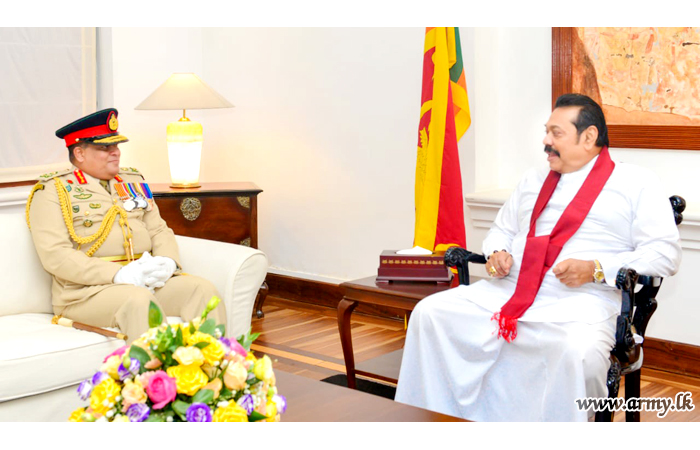