The retiring Regimental Sergeant Major (RSM) at the Headquarter Battalion of the Army Headquarters, Warrant Officer - I W.M.S.P Wijesinghe, during a rare meeting with the Commander of the Army, Lieutenant General Shavendra Silva on Tuesday (3) received appreciation and commendation for his exemplary service to the Army for more than two decades.

Lieutenant General Silva during the brief meeting with the outgoing RSM spoke high of his dedicated service to the HQ Battalion as well as to the Army and wished him good luck with his future endeavours by presenting an appreciative memento to him.

The outgoing Warrant Officer - I W.M.S.P Wijesinghe of the Sri Lanka Corps of Military Police thanked the Commander for his commendation and introduced the incoming new Regimental Sergeant Major Warrant Officer - I L.H.P.D Sarath Kumara of Sri Lanka Army General Services Corps at the same occasion. 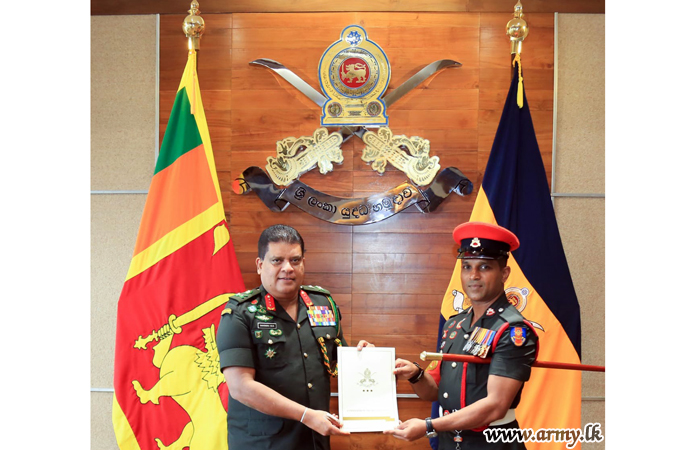 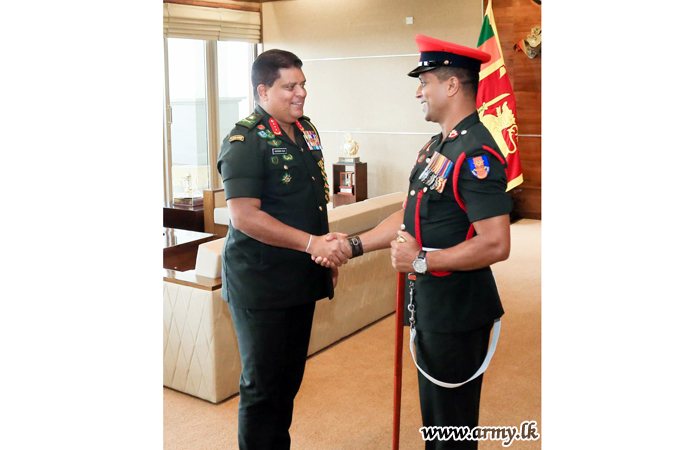 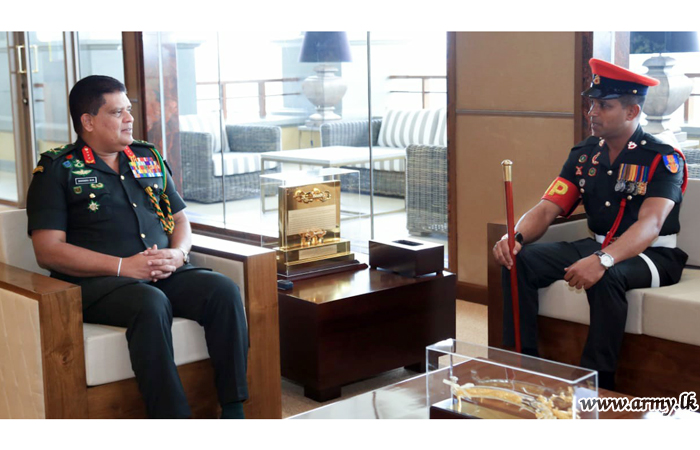 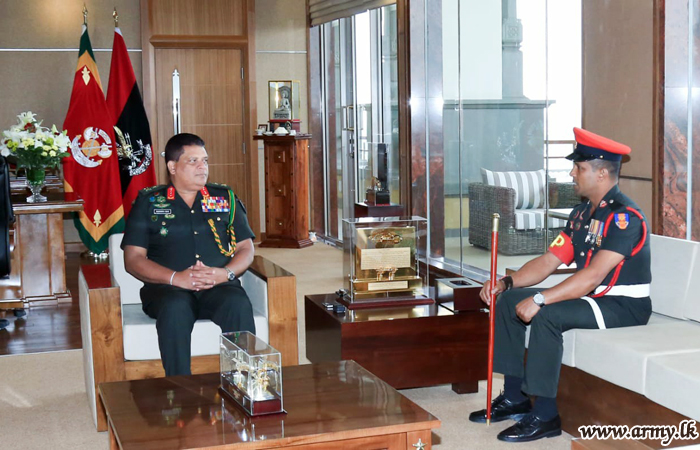 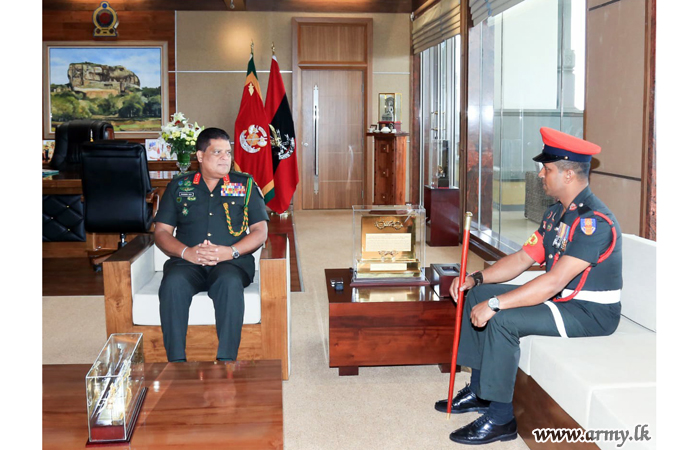 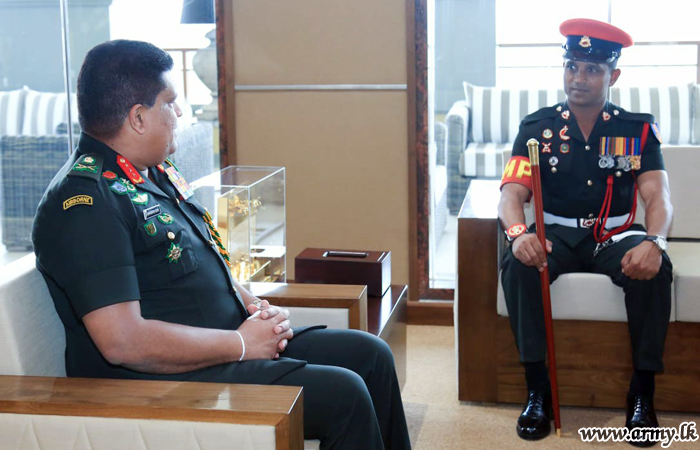 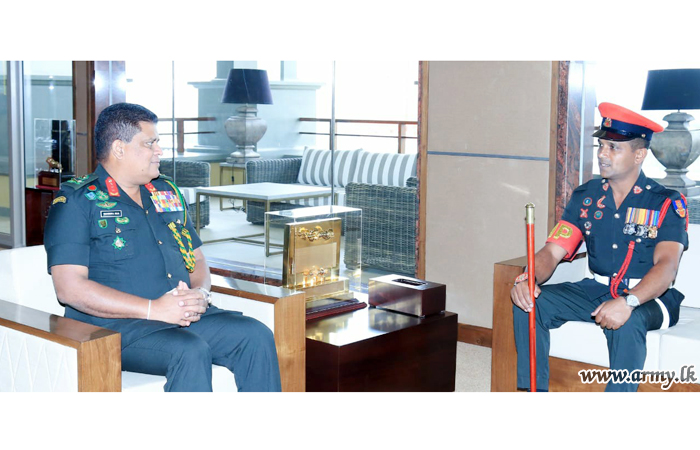 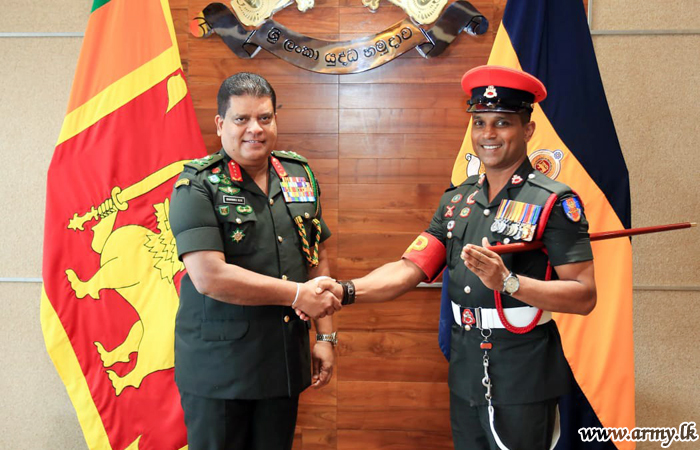 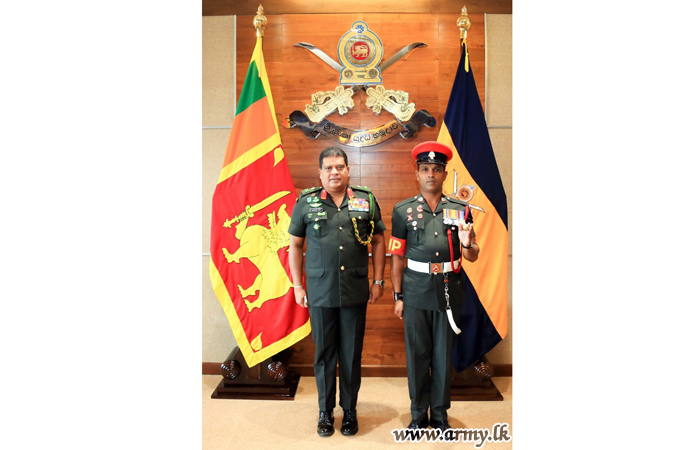 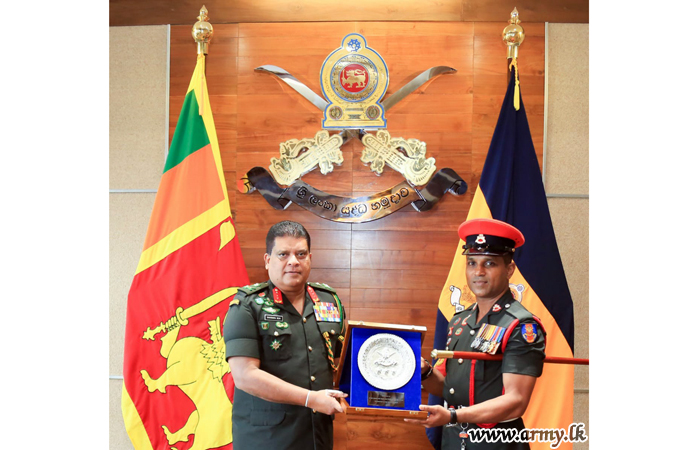 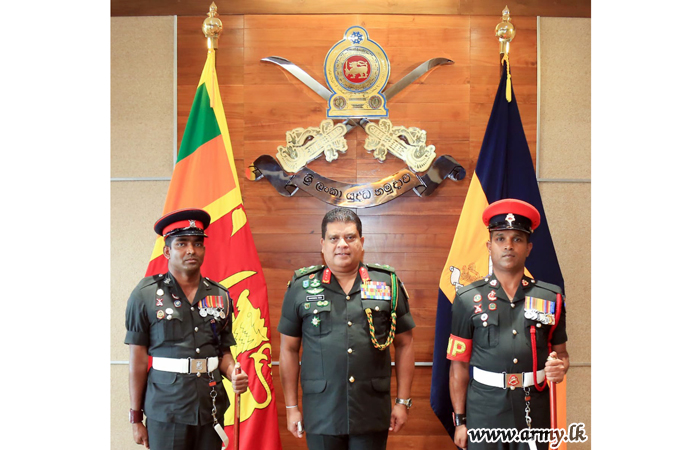