During the cordial meet at the Commander's office, the Commander used the opportunity to heap praise on his unblemished and dedicated service, and recalled a few instances where both of them shared memorable encounters in the battlefield and elsewhere.

Towards the culmination of the interactions, Lieutenant General Silva awarded a special appreciative memento to the retiring Senior Officer and wished him good luck in his future endeavours.

Major General Vidyananda, a past product of Mahinda College in Galle joined the Sri Lanka Army on 06th June 1985 as an Officer Cadet of the Intake 21 at Diyatalawa SLMA and was commissioned as a Second Lieutenant after completion of his training on 25th January 1986 in the Sri Lanka Army Ordnance Corps. 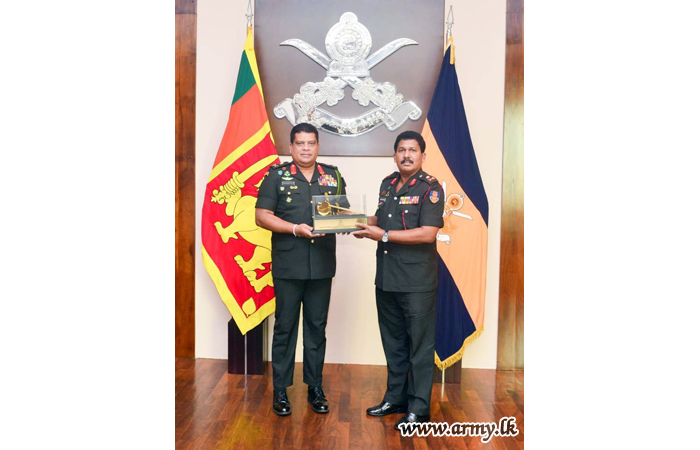 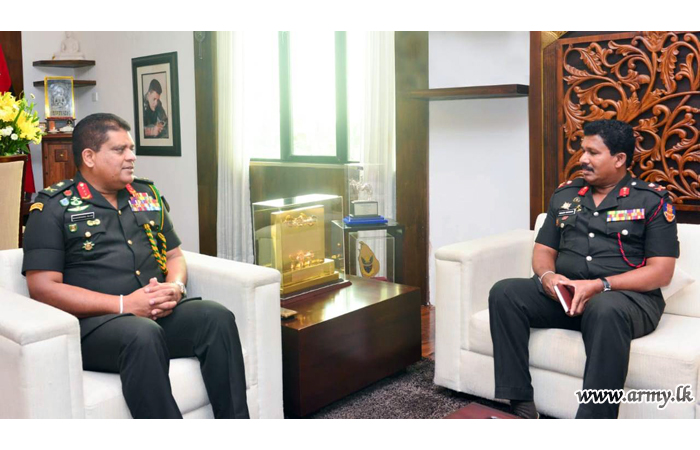 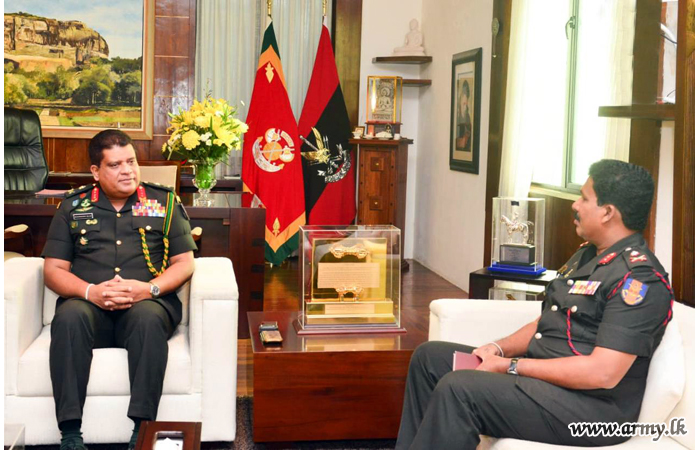 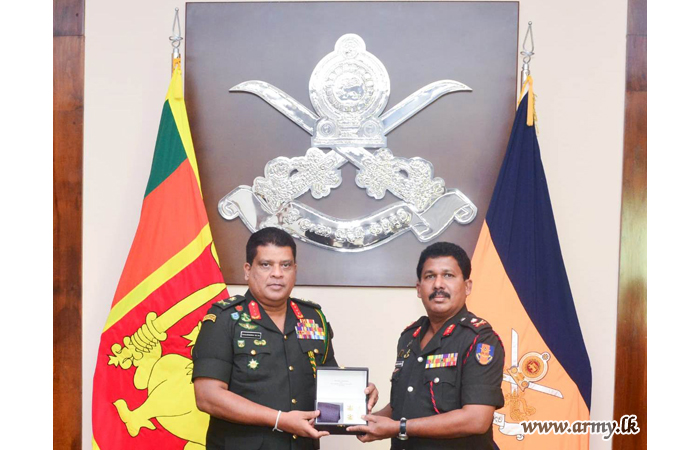 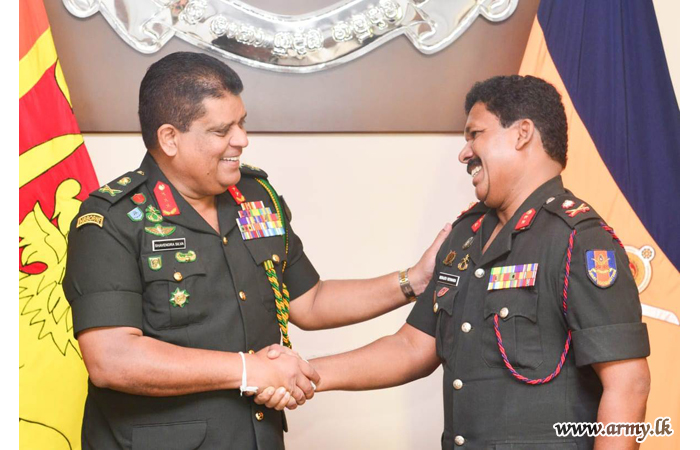