Lieutenant General Shavendra Silva, Commander of the Army as the head of the organization on arrival at the premises paid his respect to the Chief Incumbent for all eight places of worship (Atamasthandhipathi), Most Ven. Dr. Pallegama Sirinivasa Nayaka Thero, Sangha Nayake for North Central Province at the Sanghawasaya (residential monastery) at first and formally invited him to lead the religious performances at the Udamaluwa (upper layer) by offering the symbolic tray of betel (Deheth Wattiya) and ‘Atapirikara’.

A colourful pageant after a while accompanied the monks to the Udamaluwa for religious performances as hundreds of Army soldiers-turned flag-bearers, attired in formal glittering dresses, remained lined up in the Welimaluwa (lower-layer) precincts before all Army flags were taken to the upper layer for the symbolic invocation of blessings.

The customary spectacle, as has been the practice, began after all the Army Flags, representing the Army Headquarters, the Volunteer Force Headquarters, all Security Force Headquarters, all Forward Maintenance Areas, Divisions, Brigades, Regiments, Units and Army Training Schools were taken for blessings in this way around the Weli Maluwa (lower layer) thrice before those flags were accepted by Senior Officers, awaiting at the Meda Maluwa (middle layer). The Commander afterwards respectfully laid the flags around the sacred tree later on.

Members of the Maha Sangha chanted ‘Seth Pirith’, sprinkled jasmine water around the foot of the sacred tree and invoked blessings on all Army Flags that had been earlier handed to the Commander of the Army by those flag-bearers before the observances commenced.

Lieutenant General Shavendra Silva simultaneously laid jasmine and lotus flowers around the foot of the sacred tree and prayed for the well-being of the country’s indispensable guardians of the Nation and all those serving it. Members of the Maha Sangha extolled the Army’s contribution and dedication towards the motherland in special ‘Anushasana’ (orations) delivered by two Nayake Theras on the occasion.

In his special Anusasana (oration), Viharadhikari of Lankaramaya, Ven. Relapanawe Dhammajothi Nayaka Thero, Adhikarana Sangha Nayaka of the North Central Province recalled the memories on the incumbent Army Chief’s dedicated service to the Nation when the LTTE terrorism was at its peak.

“As a very clever Officer and a brave soldier, you even during your overseas stay in New York raised your voice against the Diaspora and defended the Army while attending the New York sessions, etc. You deserve this new appointment as the Commander of the Army. We are thankful to the President Maithripala Sirisena for appointing you to this highest office in the Army,” Ven. Dhammajothi Thera said in his oration.

A representative gathering of Officers and Other Rankers were at this sacred living monument of the Enlightened One to attend the coulourful and dignified second flag-blessing ceremony of the Army that heralds the forthcoming 70th Army anniversary and the Army Day (Oct 10).

The Army, raised in October 1949 as the country’s most formidable land force to be reckoned with is comprised of 24 regiments, including volunteer ones, and currently engaged in a multiplicity of nation-building development projects after its landmark victory over terrorism in the year 2009. 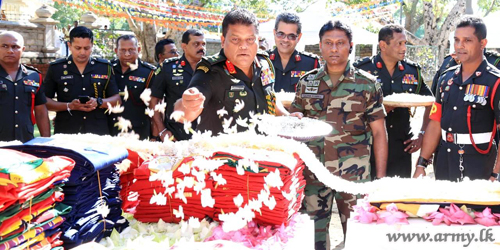 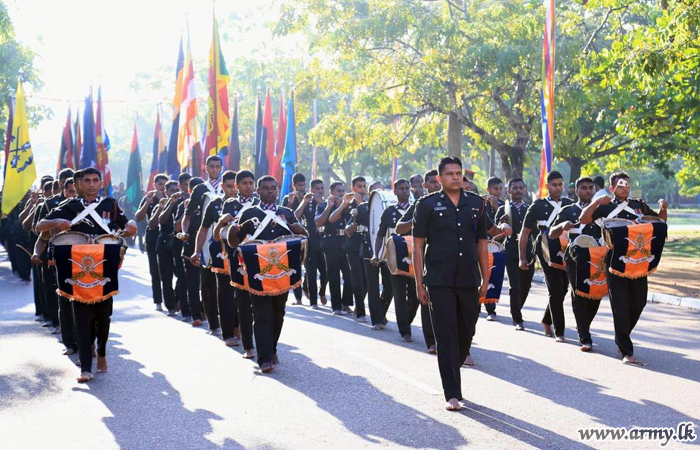 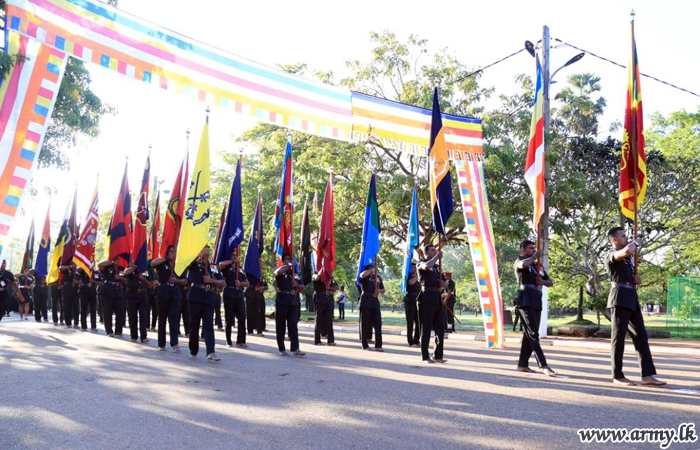 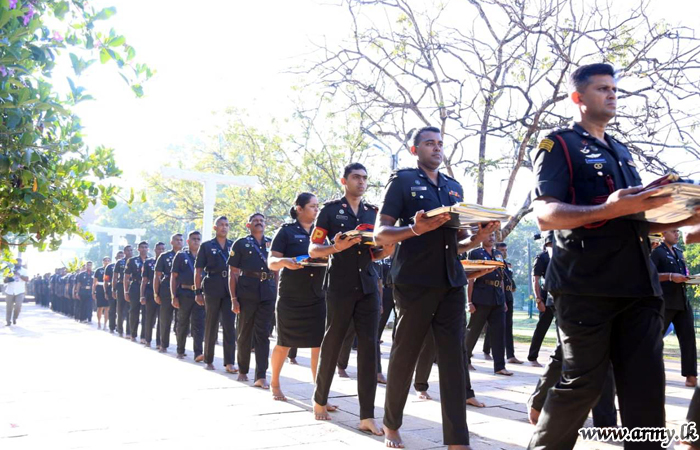 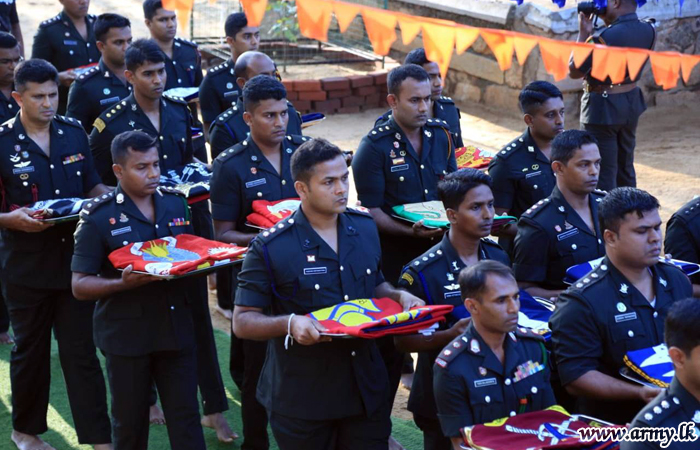 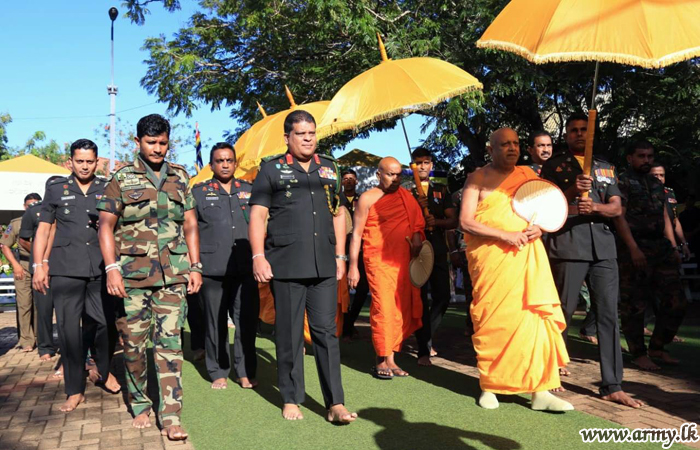 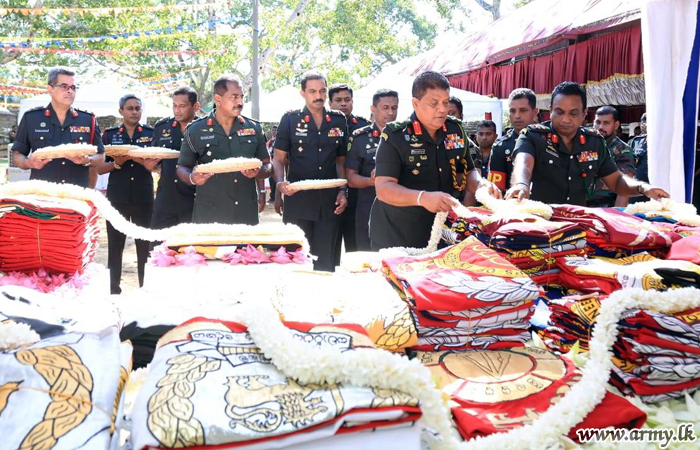 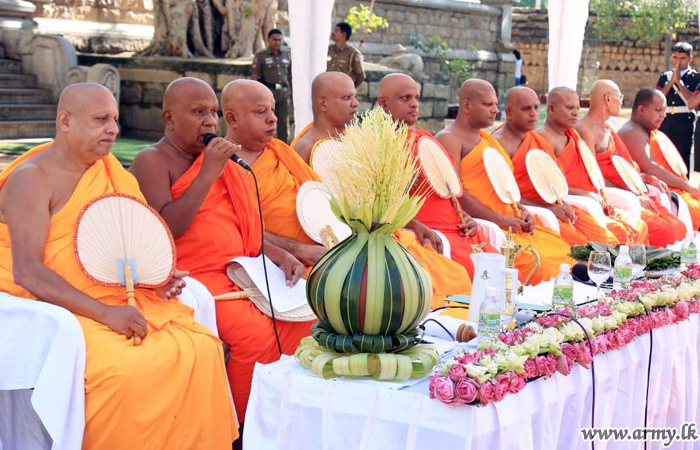 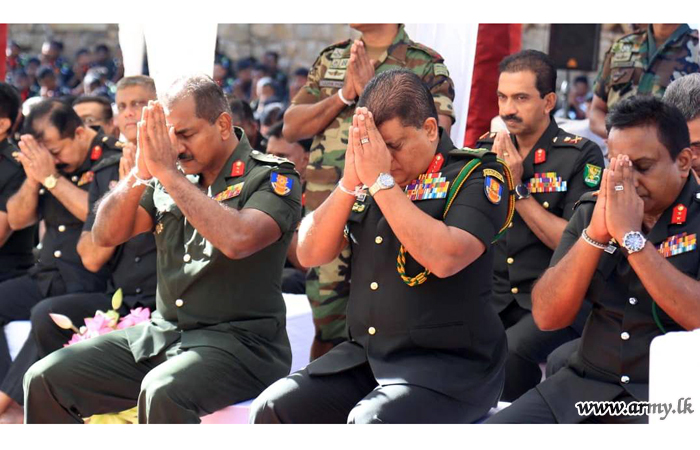 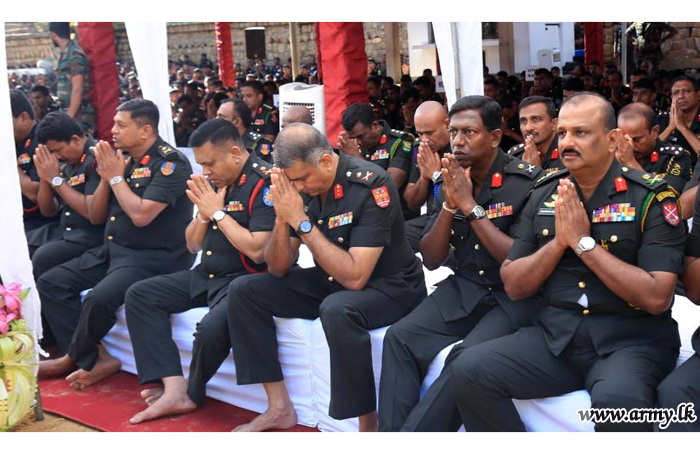 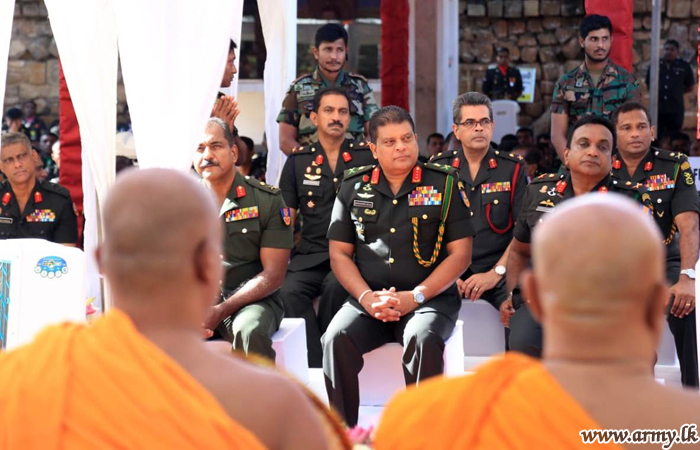 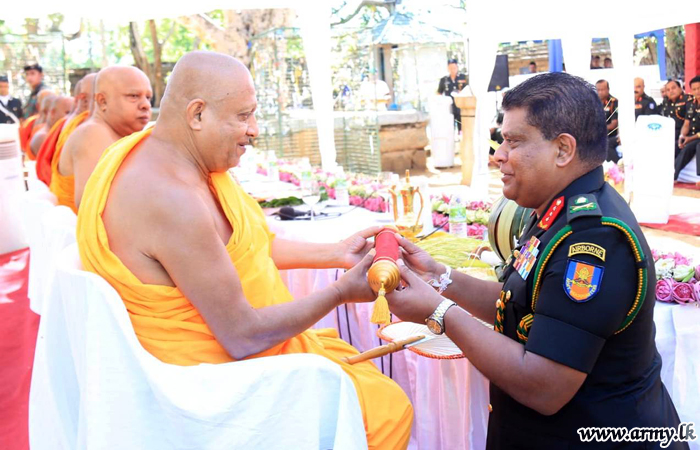 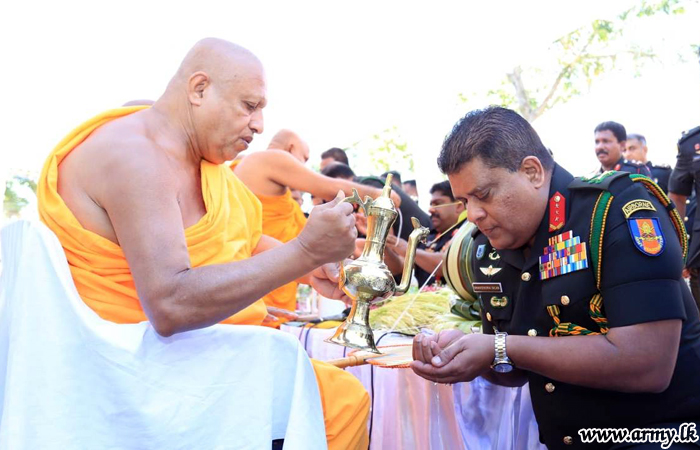 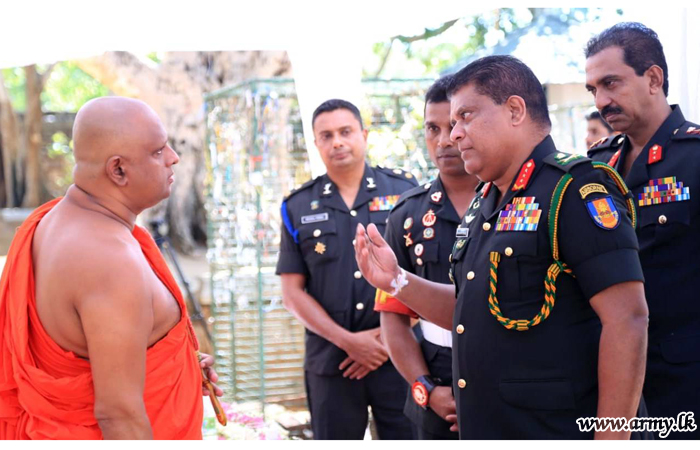