Troops of the Security Forces Central are continuing rescue operations in Malapattawa area, Walapane - Nuwara Eliya, affected by a landslide that claimed a few lives after torrential rains on Saturday (30).

On being informed of the tragedy, four officers and 51 troops of the Security Forces Central belonging to 3 Sri Lanka Sinha Regiment (SLSR) and Rifle Corps on the instructions of Major General Laksiri Waduge, Commander, Security Forces - Central rushed to the landslide-affected area and launched rescue and evacuation measures with the help of civilians and other volunteers.

Troops recovered the dead bodies of a woman and a child and handed over them to the Police for onward arrangements. 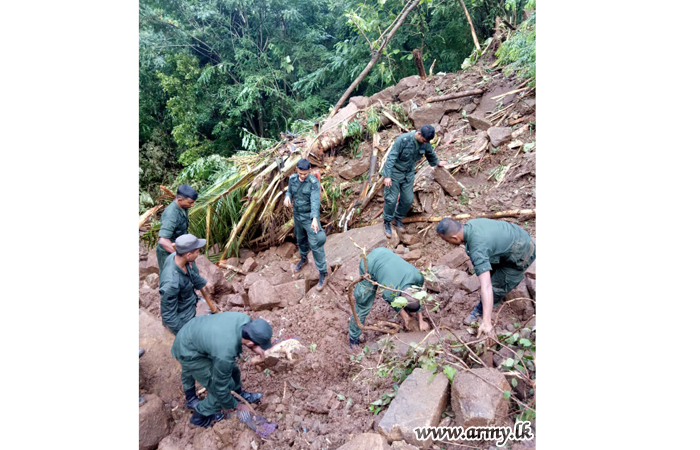 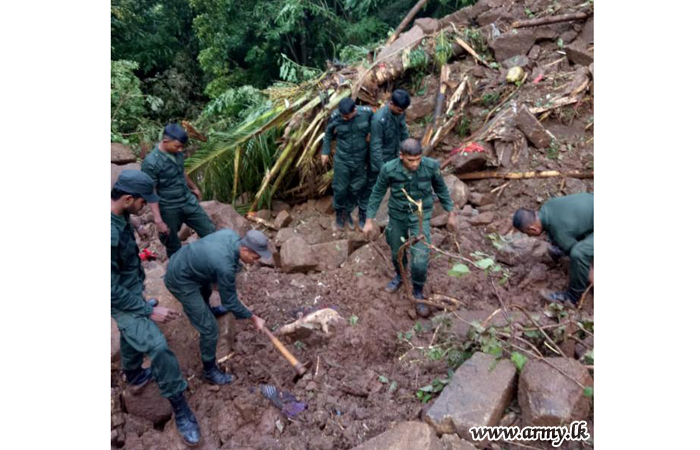 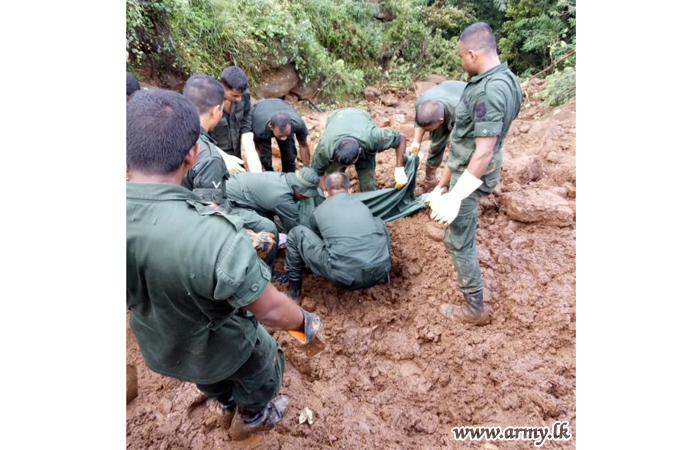 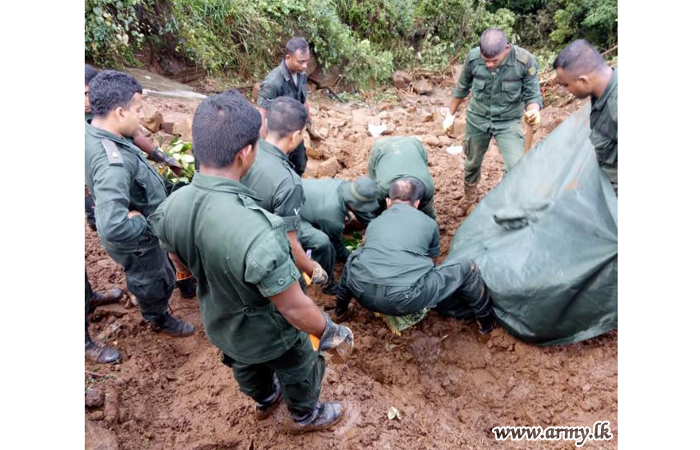 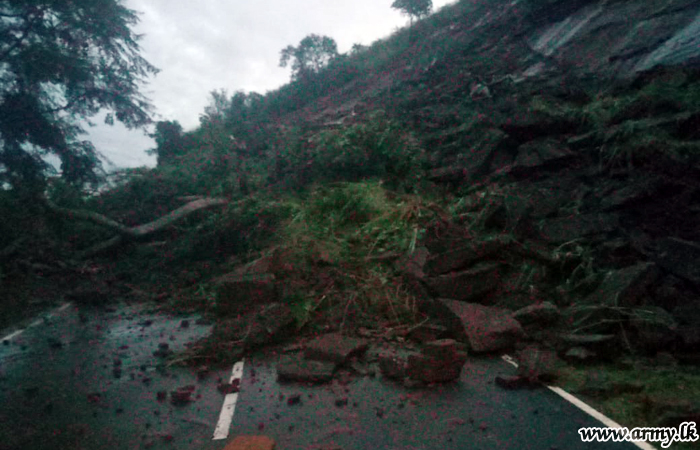 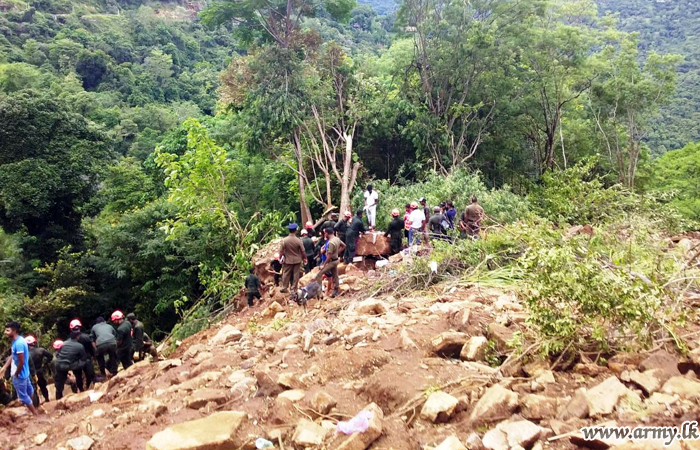 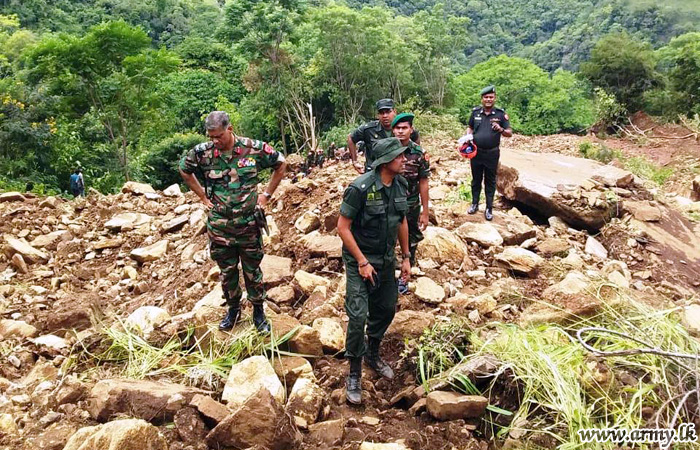