Alert 7 Vijayabahu Infantry Regiment (VIR) troops and 15 (Volunteer) Gemunu Watch troops of the 54 Division HQ in Mannar on intelligence received apprehended a stock of illicitly smuggled 205.7 kgs of turmeric and 104 kgs of Kerala cannabis (Ganja), together with four Sri Lankan suspects this evening (23).

7 VIR troops manning a roadblock in 543 Brigade area along Medawachchiya-Mannar road on suspicion has stopped a mini lorry (dimo batta) and searched the vehicle before the stock of turmeric, worth about 8.2 lakhs was detected along with two suspects around 6.30 pm on Wednesday (23). Around the same time, 15 (V) Gemunu Watch troops of the 542 Brigade under the 54 Division at Kunchikulam roadblock apprehended a stock of 104 kgs of smuggled Kerala cannabis (Ganja) with two suspects while being transported to another destination from Mannar in a freezer vehicle. The value of the detected Kerala cannabis (Ganja) stands at Rs 20.8 million.

Army, Navy and Air Force troops throwing their full-weight behind the government's all-out war against narcotics, drugs and smuggling of contraband have in the past few days recovered drugs, turmeric and other contraband from Mannar and elsewhere. Investigations are underway. 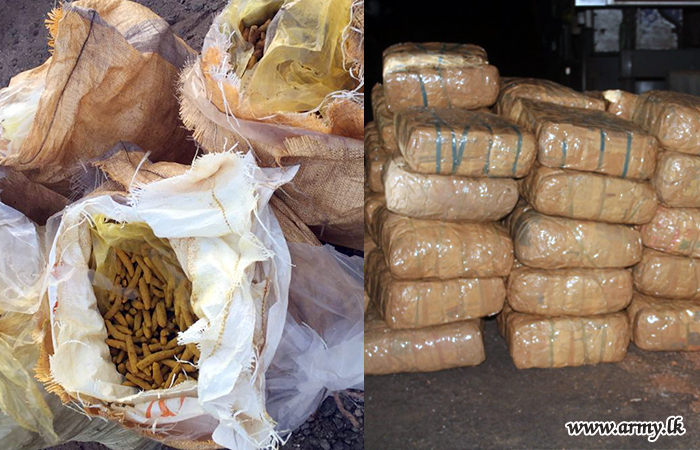 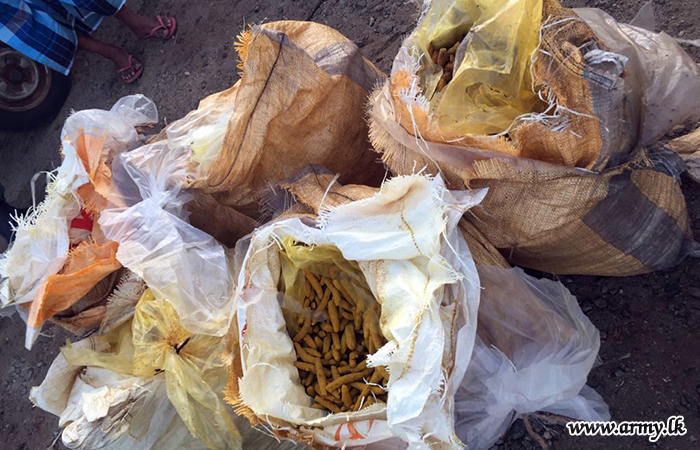 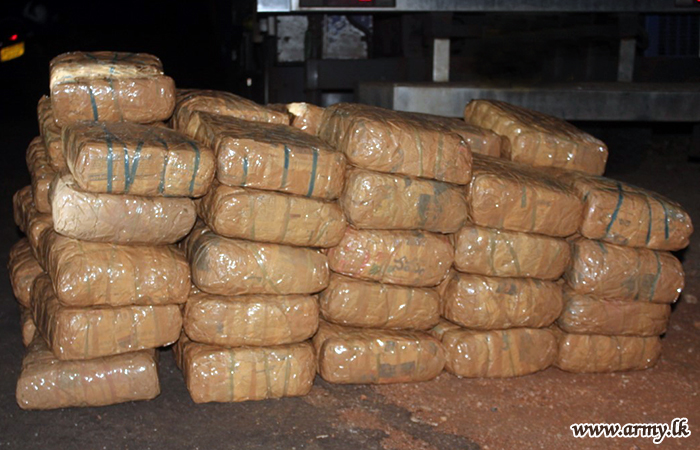 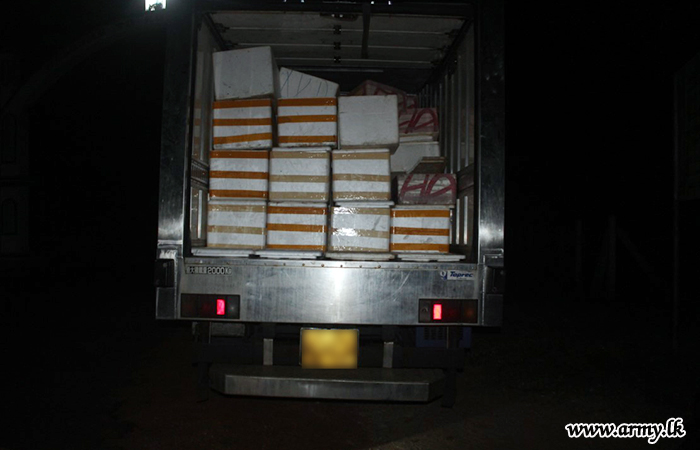 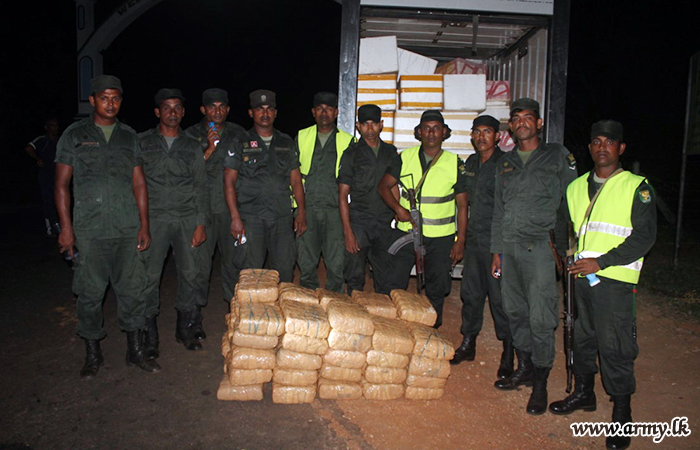