Paying obeisance to the Sri Dalada Maligawa (Temple of Tooth) in Kandy and the conduct of the forthcoming annual Sri Dalada Perahera festival in a few days, Sri Lanka Army’s Vijayabahu Infantry Regiment (VIR) troops for the 5th consecutive year donated more than five tons of dried coconut (Coppara) for illumination of the Perahera (pageant) this morning (29) while adhering to age-old traditions of ancient royalties.

Lieutenant General Mahesh Senanayake, Commander of the Army at the invitation of the Colonel of the Regiment, VIR, Major General D. M. D. C. D Guawardene attaching greater significance to the occasion joined and offered the first symbolic tray of Coppara to the lay custodian of the temple, Mr Pradeep Nilanga Dela Bandara after performance of religious observances.

Major General Gunawardene who is also the Commandant, Officer Career Development Centre at Buttala, together with Major General Laksiri Waduge, Commander, Security Forces, Central, Major General Senarath Bandara, General Officer Commanding, 11 Division and a few more Senior Officers received the Commander on arrival before he was ushered to make the offerings to the sacred shrine.

Mr Nilanga Dela Bandara, Diyawadana Nilame and representatives of other four Devala (sathara mahaa devala) precincts received the stocks after they were brought to the temple premises in a procession.

Since the year 2015, preparation of those dried coconuts to be used as lamps for the Perahera has been done by VIR troops at Boyagane as a token of respect to the annual Esala Perahera event in Kandy. Coconuts fromVIR groves are collected and used for this sacred purpose throughout the year with the dedication and commitment of the VIR troops resident in Boyagane.

After making the first symbolic stock of dried coconuts to the precincts, the Commander met the Diyawadana Nilame in his office and shared a couple of views with him on the conduct of the forthcoming Esala Perahera, scheduled to begin next week with special focus on security arrangements. 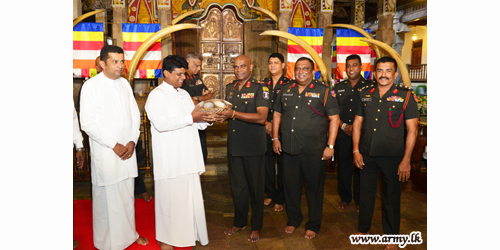 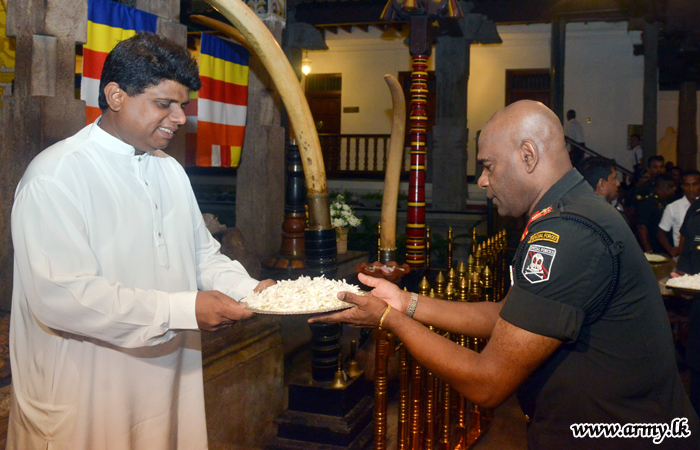 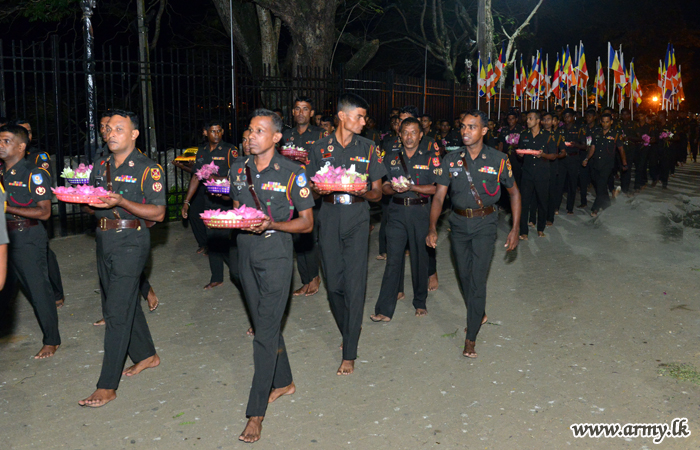 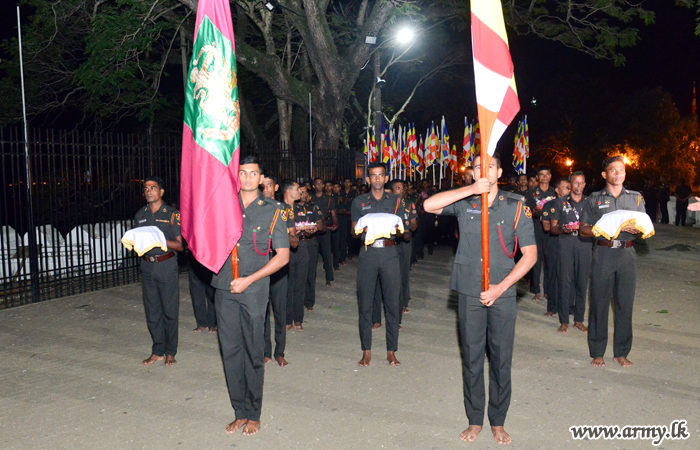 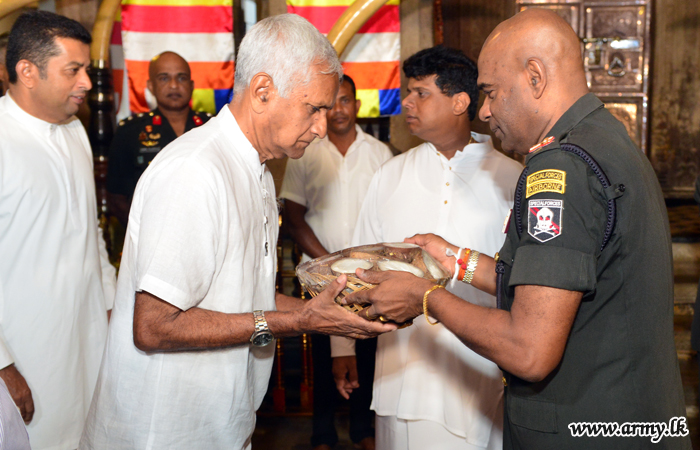 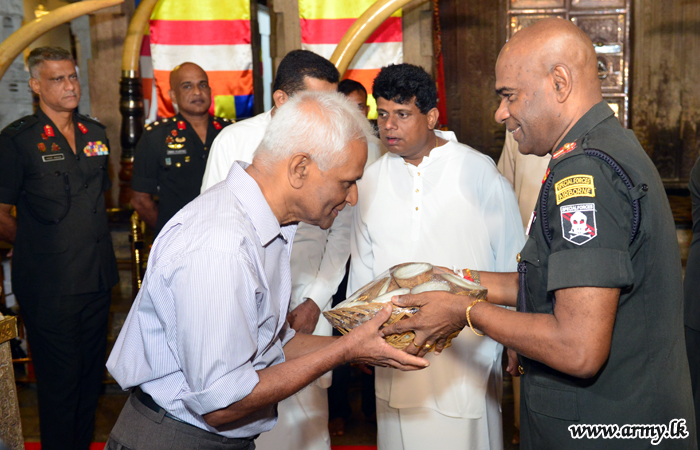 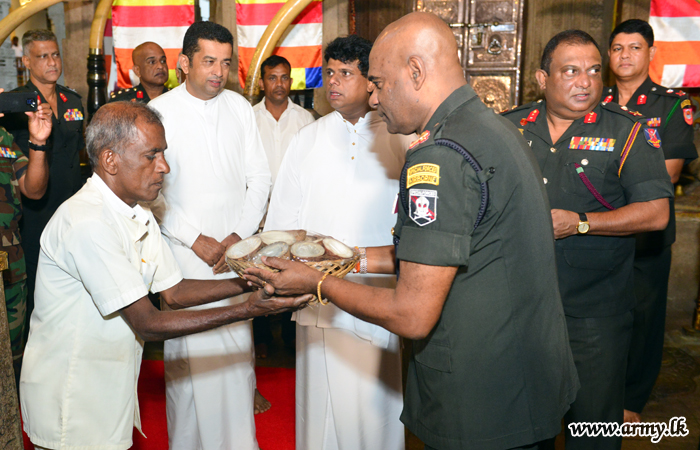