A contingent of Army personnel of the 14 Division of the Security Force Headquarters - West (SFHQ-West), including Officers rushed to the garbage dump at Meetotamulla this afternoon (14) where some houses, adjacent to the dump had been reportedly damaged after collapse of some garbage mounds and a possible earth-slip.

Troops of the Sri Lanka Light Infantry, Commandos, Gemunu Watch and Vijayabahu Infantry Regiment are currently carrying out those relief operations. Meanwhile, a helicopter of the Sri Lanka Air Force supported the control of a minor fire that had earlier erupted in the place.

On a Presidential directive, hundreds of tri service personnel, Policemen, Special Task Force (STF) personnel are currently engaged in relief operations after evacuating the victims as well as their valuables from affected houses in close coordination with the workforce of the Disaster Management Centre (DMC). Senior officers of the tri services, Police and the STF are at the scene as this report was filed. Major General Ralph Nugera, General Officer Commanding, 14 Division was present during the Commander’s visit to the location. 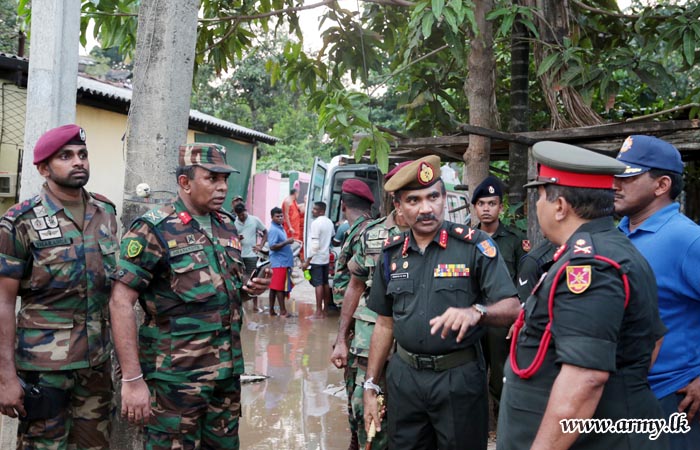 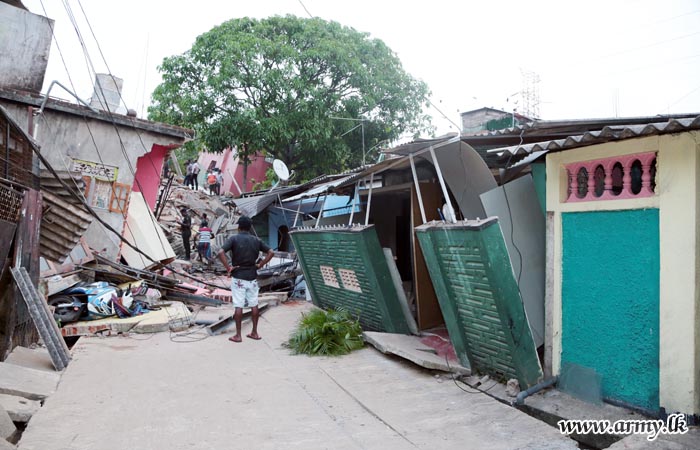 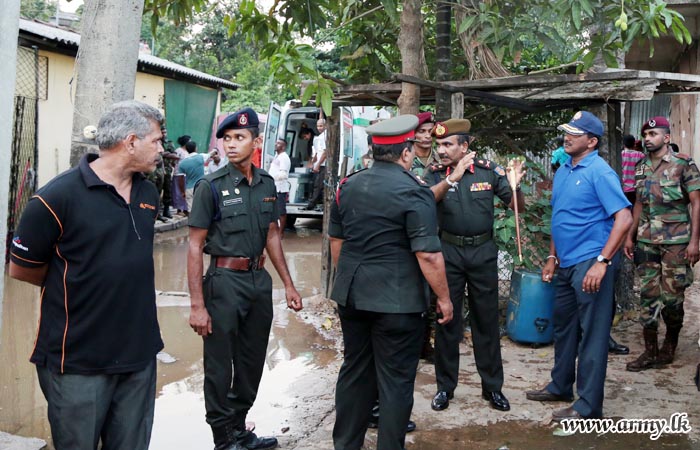 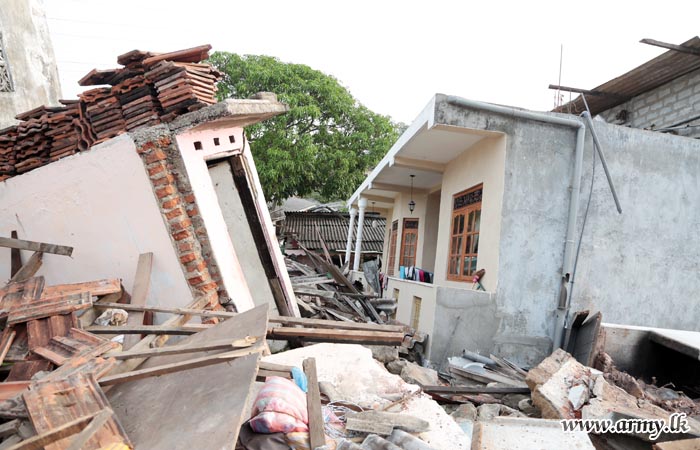 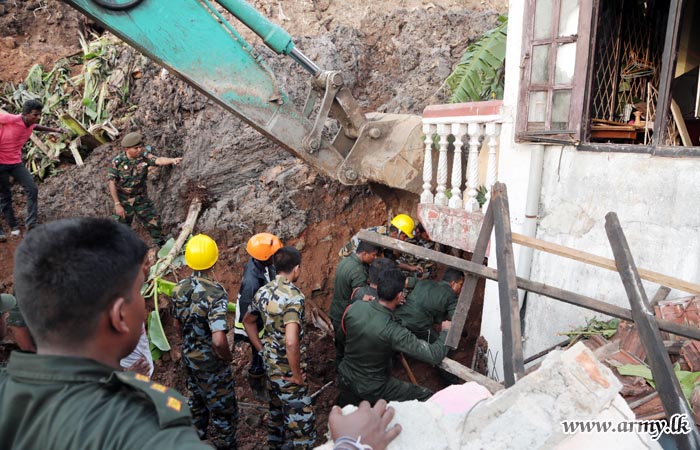 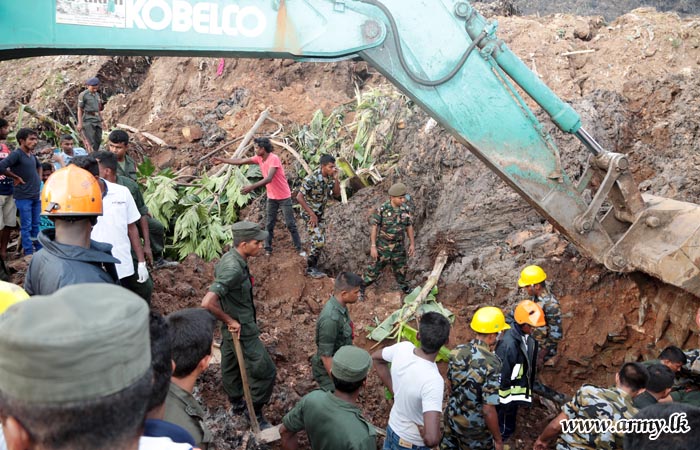 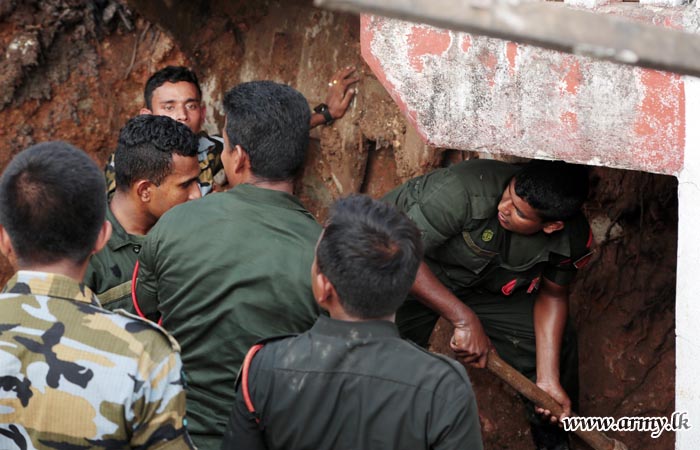 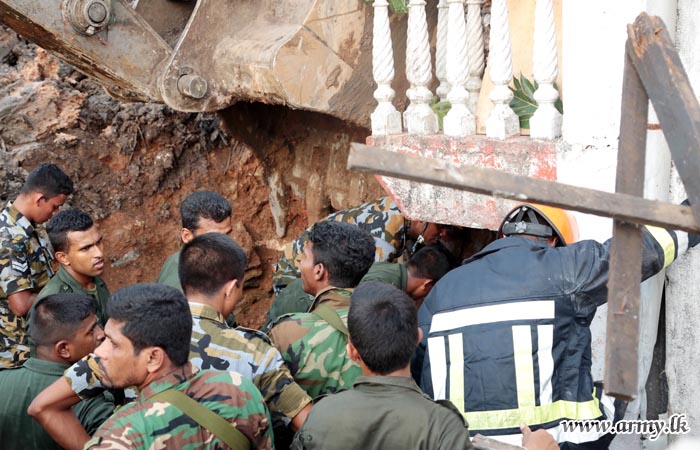 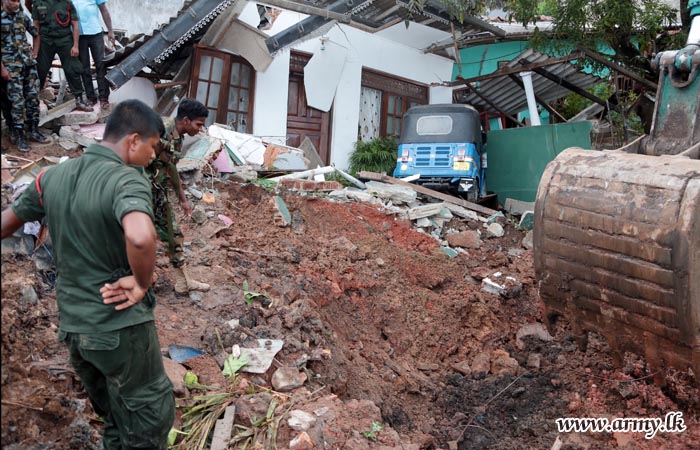 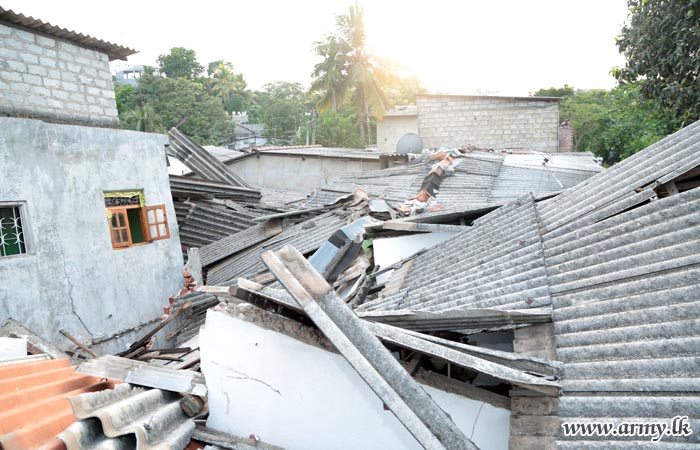 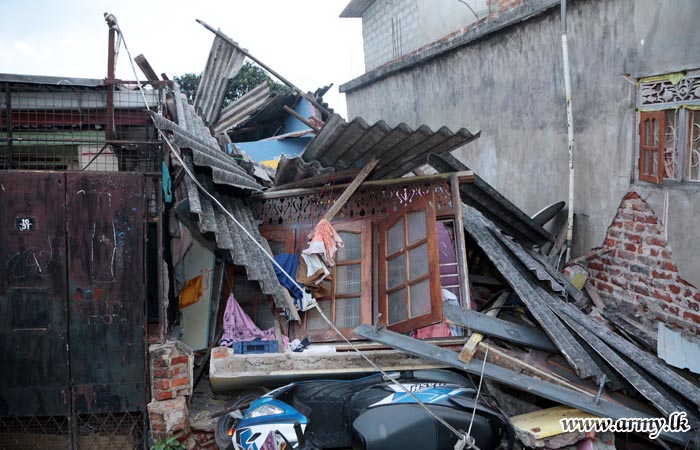