The Security Force Headquarters - Wanni (SFHQ-W) expanding its civil-military cooperation further on Saturday (3) vested a new house built by troops in another poor family after financial assistance was provided by a Sri Lankan expatriate in Australia at the request of the troops.

The new house with furniture, constructed by 212 Brigade troops of the 21 Division under the SFHQ-W at Medawachchieliya, Thanthirimale during a simple ceremony was formally vested in the widow, Mrs Sepalika Piyadasa and her three children below 8 years of age.

She was undergoing a lot of hardships without a proper shelter when the 212 Brigade coordinated the project on the directions of the General Officer Commanding, 21 Division and the Commander, Security Forces - Wanni through the coordination of Brigadier Anil Peiris, the former 212 Brigade Commander.

The construction was sponsored by Mr Anura Nanayakkara and Mrs Sandya Nanayakkara in Australia in response to a request.

Major General Vikum Liyanage, General Officer Commanding, 21 Division as the Chief Guest amid religious blessings of members of the Maha Sangha cut a ribbon and warmed the new house, together with Brigadier Anil Peiris, Brigadier Rohan Rajapaksha, 212 Brigade Commander and several other officers and relatives of the beneficiary. 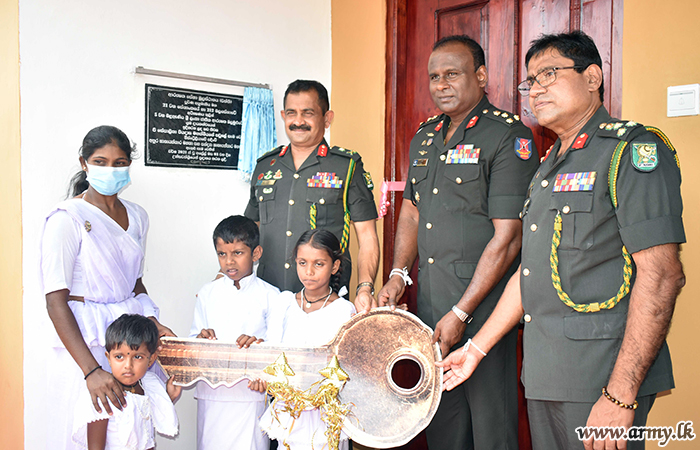 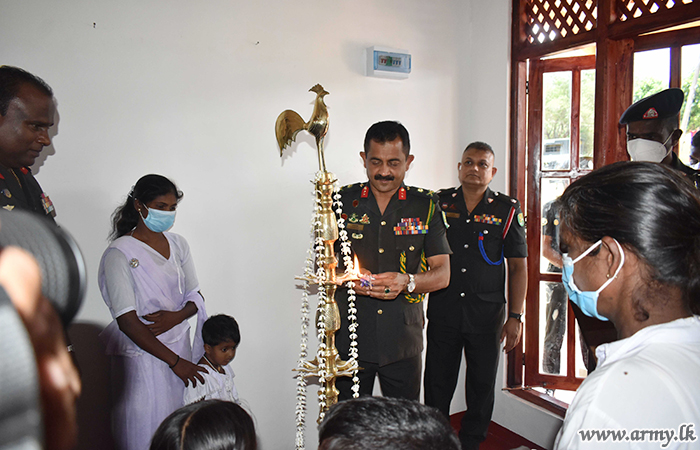 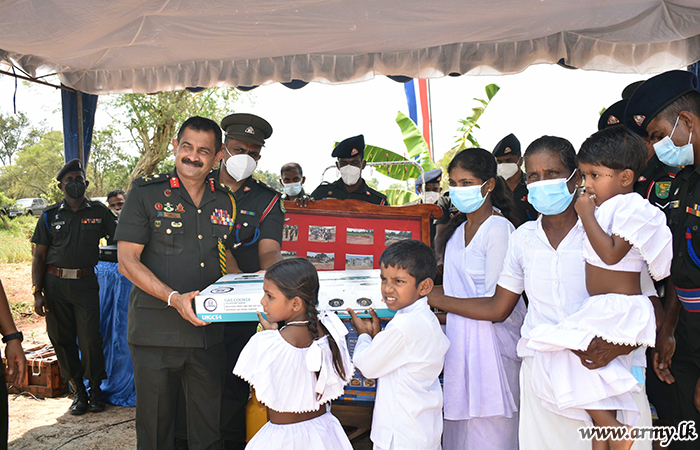 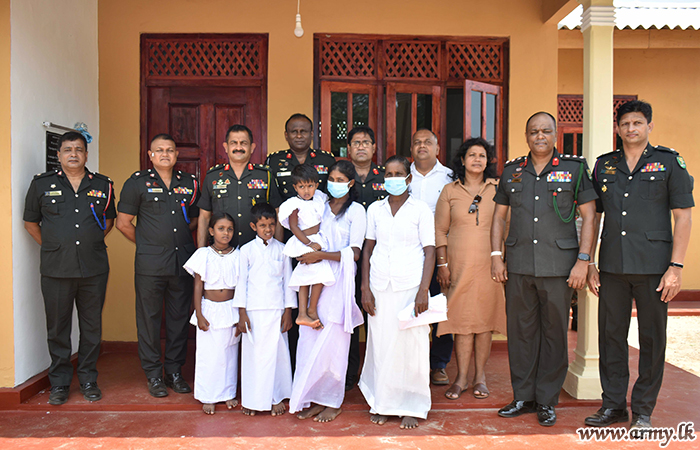 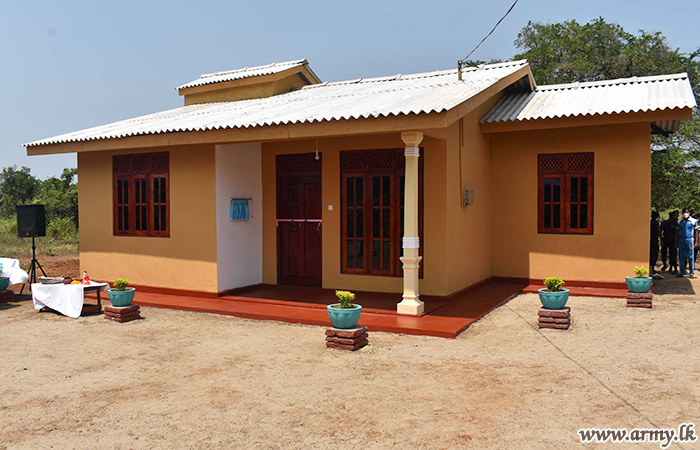