Wennappuwa -Udappuwa coastal areas, affected due to debris of the damaged 'X Press Pearl' container ship were cleaned up by troops of the 58 Division on the directions of Major General Champaka, General Officer Commanding, 58 Division with the guidelines given by General Shavendra Silva, Chief of Defence Staff and Commander of the Army.

A few dozens of soldiers, led by several officers on Sunday (6) carried out the project and collected all pollutants for disposal. 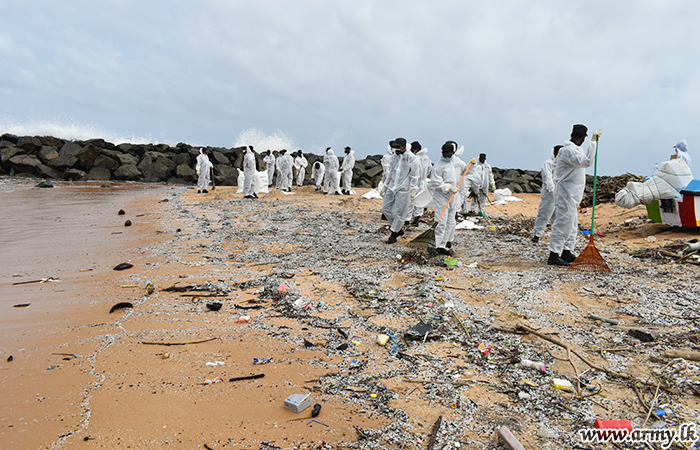 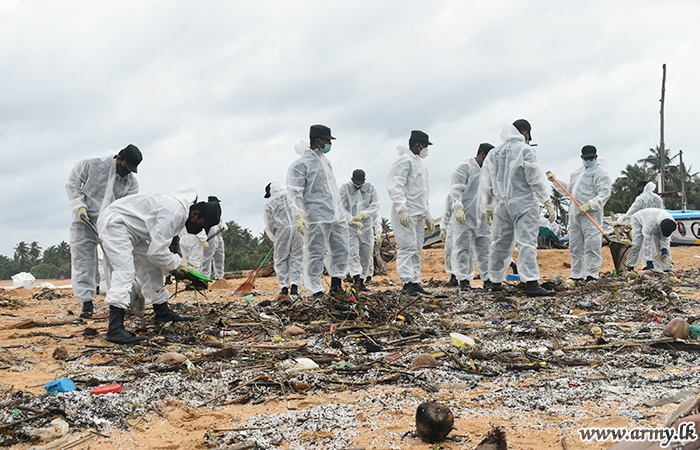 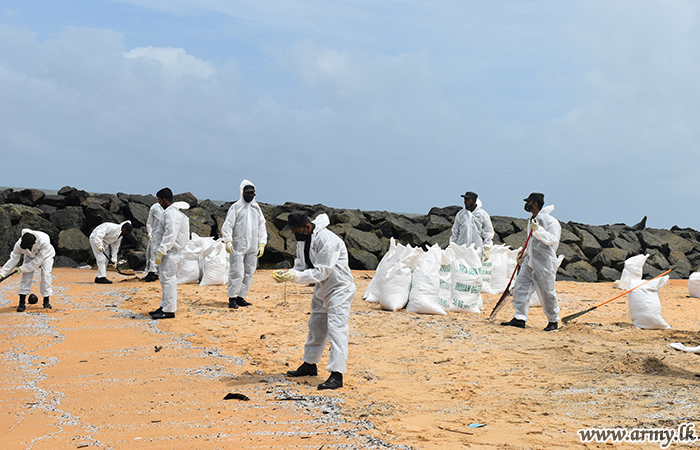 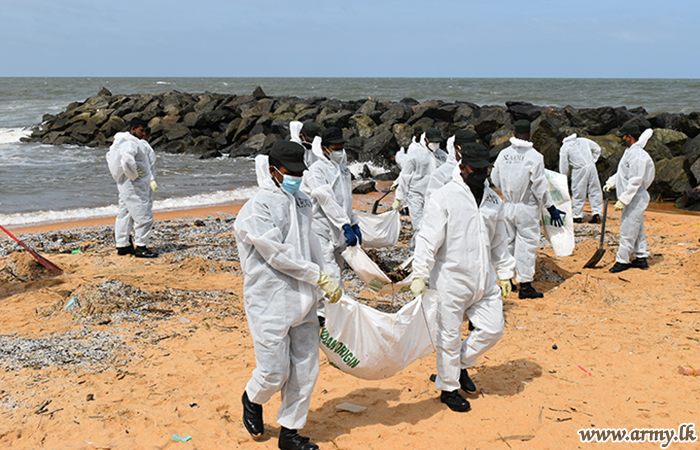 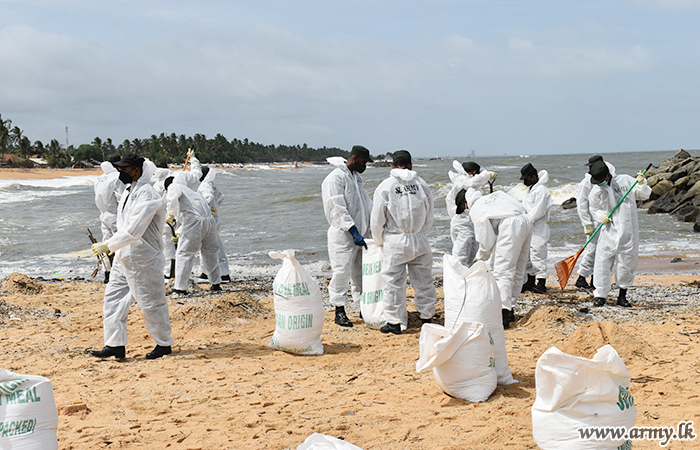 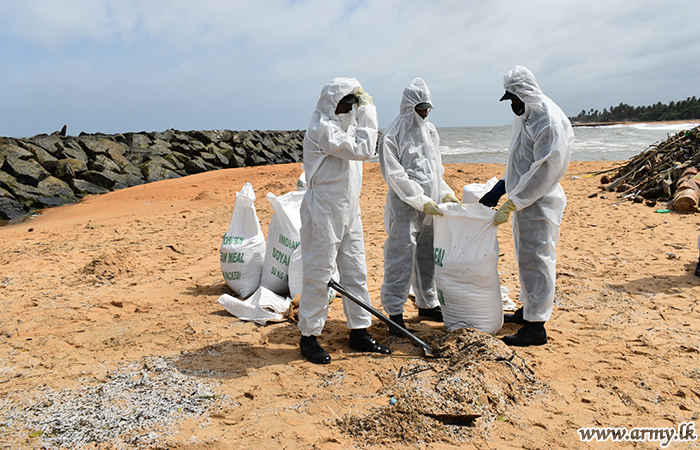 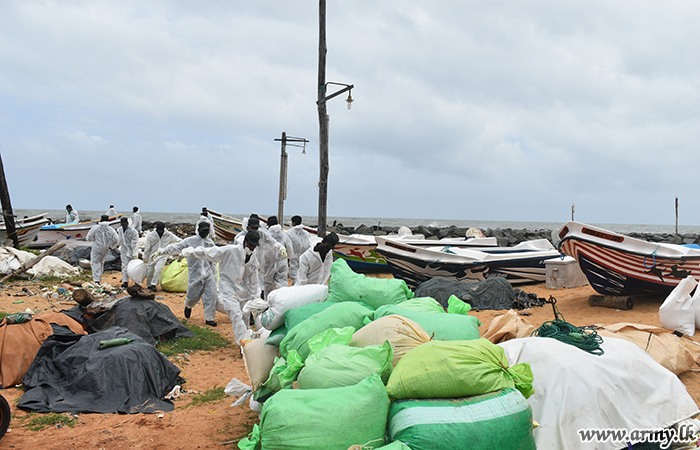