Troops of the 3 Sri Lanka Signal Corps (SLSC) regiment showing their gratitude and paying tribute to the memory of one of their late War Heroes, Staff Sergeant J.K Perera who lost his life in a terrorist attack in Vavuniya on 01 June 2006 while engaged in operational duties, offered their technical expertise and completely renovated the residence of their late fellow-soldier at Avissawella within nine days and re-vested it recently in his widow and children.

Lieutenant Colonel Anuradha Mendis, Commanding Officer, 3 SLSC during a brief warming ceremony, held at the venue formally left it with the family again after completion of repairs.

After the War Hero made the supreme sacrifice, his spouse with determination brought up their teenage daughter and the son who are presently studying for the G.C.E Advanced Level examination and sought the assistance of her husband's 3 SLSC unit for renovation and repair of their house as it needed attention.

3 SLSC responding positively shouldered the project considering it as one of their Quick Impact Projects, meant to ensure well-being of the families of both living and deceased ones. Accordingly, 3 SLSC commenced this project with the blessings and directions of the Colonel Commandant, Major General Prabath Dematanpitiya.

Financial and other assistance from the SLSC Regimental Centre and 11 SLSC too supported the project in addition to the involvement of 3SLSC troops. The joint support assisted the expedition of the completion of the project within 9 days after its start. A representative group of Officers, Other Ranks and relatives were associated with the day's re-warming programme. 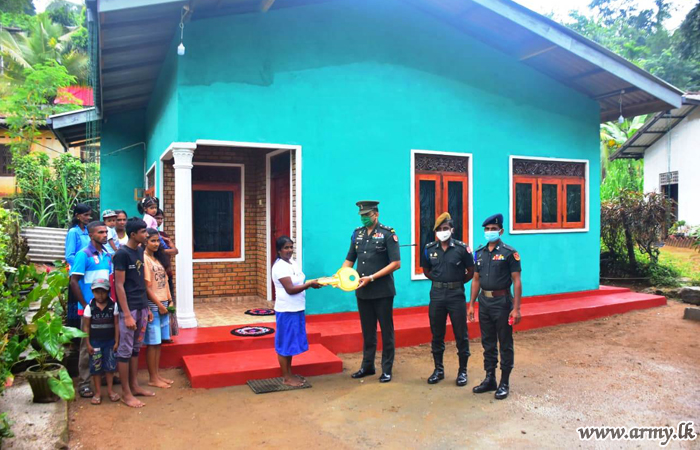 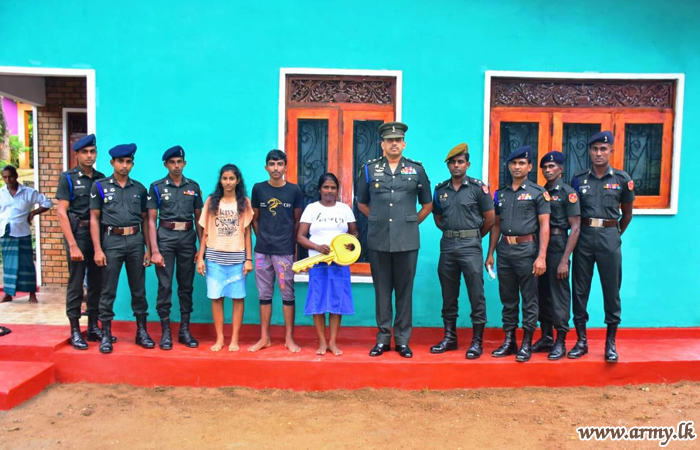