The three-day long ‘Refresher Training Workshop for Brigade Commanders’ as part of the ‘Formulation of Way Forward Strategy for Sri Lanka Army 2020 - 2025’, conceptualized by Lieutenant General Shavendra Silva, Chief of Defence Staff, Commander of the Army and Head of the National Operation Centre for Prevention of COVID-19 Outbreak (NOCPCO), was inaugurated this morning (24) at the Army Headquarters at Sri Jayawardenepura.

Lieutenant General Shavendra Silva as the Chief Guest delivered the opening address and placed an ocean of thought-provoking pieces of advice before a gathering of more than 73 Brigadiers. The workshop aims to upgrade knowledge and understanding of the operational and administrative process of the Army Headquarters for better streamlining the command and staff capabilities of Brigade Commanders.

Dr Udaya Indrarathna, a reputed Sri Lankan Strategist and Executive Coach for CEOs and Aspiring CEOs for the third time leads the sessions, providing an impetus to the discussions on ‘Formulation of Way Forward Strategy for Sri Lanka Army 2020 - 2025’ amid modernization in the defence spectrum as well as multiple and complex global threat landscapes.

Lieutenant General Shavendra Silva in his address at first paid a glowing tribute to the disciplined people of the country, HE the President Gotabaya Rajapaksa, Hon Prime Minister and the Government of Sri Lanka for their right decision in right time to prevent the COVID - 19 transmission and praised Hon Minister of Health Mrs Pavithra Wanniarachchi and her team who tirelessly attended to the prevention of its spread. All Ranks in the Army as well as our two sister services immensely contributed to this task day and night.

“When those responsibilities of COVID -19 control were entrusted to the armed forces, many were doubtful and looked at it in a different way. But we with our sister services proved that we are capable of performing that task too, thanks to the support specially given by Media by conveying the right message to the people of this country.”

“HE the President being an ex-Army Officer who had served the Nation with valour and also the present Secretary Defence who had been in the battlefield have kept utmost trust on the Security Forces, specially on the Sri Lanka Army. HE the President and Defence Secretary are not only ex-Army Officers but also they are great leaders, commanders, officers and thorough gentlemen, who have fought in the fields and proved their leadership. They are helping at every possible level to improve this organization, which we need to achieve. Therefore the gigantic tasks in rebuilding the nation are on our shoulders and it is a must that we render our service to this nation with all our might.”

“We are the largest organization with the most prominent human capital; therein effective management of such a volume to reap maximum benefits over the operational and administrative functions is a daunting task.”

Here are the excerpts of his speech;

He reminded the gathering of three attributes of command when it matters commanding a Brigade. “You have been handpicked as a Brigadier not only on your seniority but on your performances, competency, capacity and integrity. Your authority with a broad set of competencies should include adaptability, diplomacy, interpersonal skills, situational awareness and continuous learning. More importantly, you should extend your service beyond the immediate call of duty with dedication, commitment and loyalty,” he pointed out.

Continuing his address, Lieutenant General Silva remarked that His Excellency the President being an Army Officer, who served the Nation with valour and and the present Secretary Defence, has kept utmost trust on security forces, especially on the Sri Lanka Army to shoulder the gigantic task of rebuilding our Nation. Therefore, it is a must that we render our service to this Nation, with our all might.

“You may delegate your authority to subordinates but you never can get away from the responsibility and accountability of their action. Correcting the actions of the men under you is your responsibility. The art of excellent command is keeping the subordinate in the track to achieve what you want without interfering the lower level of leadership, which is called the ‘art of supervision’. Secondly, we are at an increasingly connected world today and any bad news can be manipulated by the adversaries to tarnish the hard-won image of the Army over many years. Remember it is not enough to merely preach the soldiers to not to involve in any wrong act. Instead, you need to dig in more to the problem and resolve the reasons for them to do so. It is your prime obligation since it also amounts to lack of supervision at all levels. Therefore, the prime obligation of the leaders is to look after the welfare of soldiers and their families,” he added.

“We are the largest organization with the most prominent human capital; therein effective management of such a volume to reap maximum benefits over the operational and administrative functions is a daunting task. If you and your staff are fully conversant with the management system of the Sri Lanka Army, the functions of Directorates, and whom to address for a particular subject, I don’t have to doubt the relevancy, and the validity of some of the correspondences generated from your headquarters, as I do today,” he highlighted.

Lieutenant General Shavendra Silva further insisted that it is utmost essential our organization to function in well-geared form, justifying every cent we consume from the public taxpayers. Let me remind you the difference between leader and manager. The manager does the right things, and the leader does things right in a broader domain. You as Brigade Commanders may have to differentiate the qualities of these two roles and act upon in need.”

“As I mentioned earlier, we have become the focus of our country where our people are willing to have the military patronage for everything they do. This implies that people of the county have the utmost faith that we would continue to be the saviour of them in future, too. Beware that there are many hawk eyes, observing what we do, how we spent, intending to question the rightfulness of the military tool to perform a particular task.”

“Present-day context increasingly demands well scrutinized civil-military coordination. As you are well aware and experienced, this civil-military relationship is characterized by endless CIMIC activities today. In dealing with civilians, it is a must that leaders are attributed by professionalism, diplomacy, discipline and empathy.”

“I believe professionalism, vigilance and the preparedness of the deployed forces would achieve the necessary deterrence, to prevent the recurrence of incidents that we experienced a few times back. We have so far acted well, and as the Chief of Defence Staff and Commander of the Army, I am sure, that we would be able to maintain this spirit in time to come as well.”

“I am aware that most of you may have not got an opportunity to serve in the Army Headquarters in different calibre due to the extreme necessity of your service in the field during the time of war. However, in order to function the brigades properly, it is equally essential to be thorough with the administrative and logistic system of the Army. This would enable you to correspond with the higher and lower headquarters effectively and efficiently,” the Commander of the Army concluded. 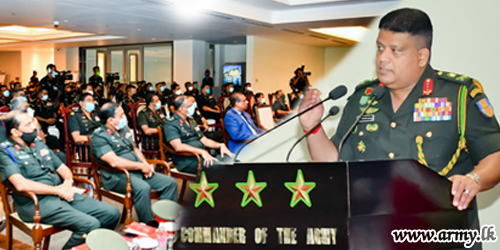 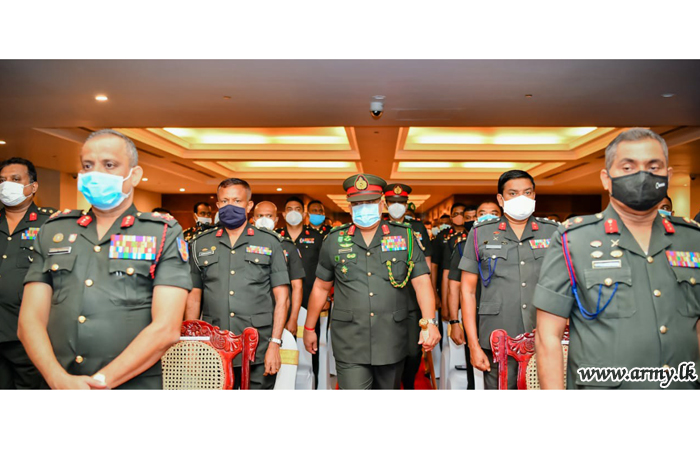 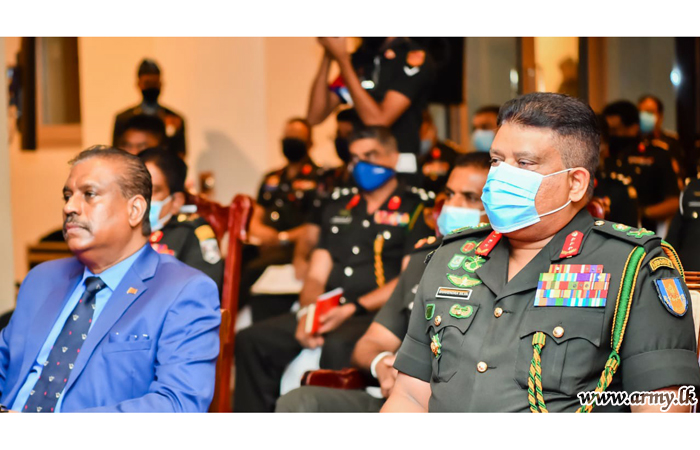 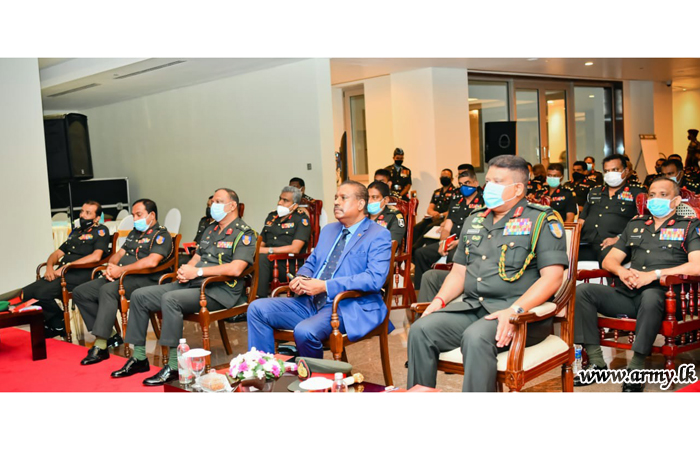 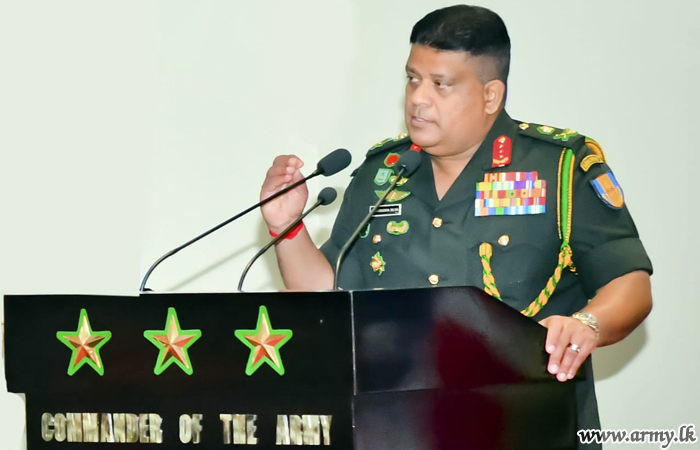 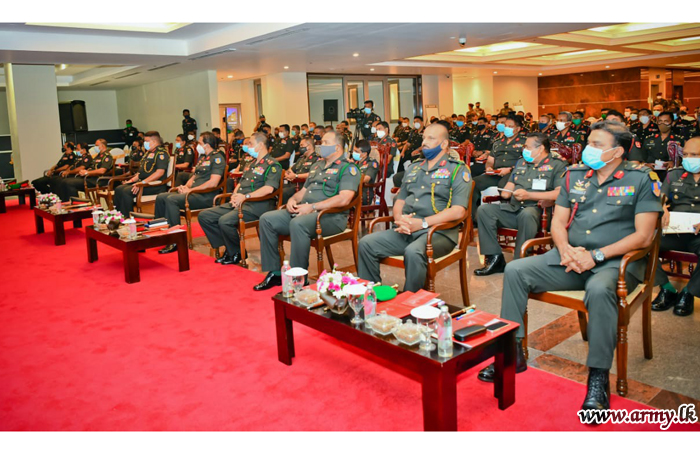 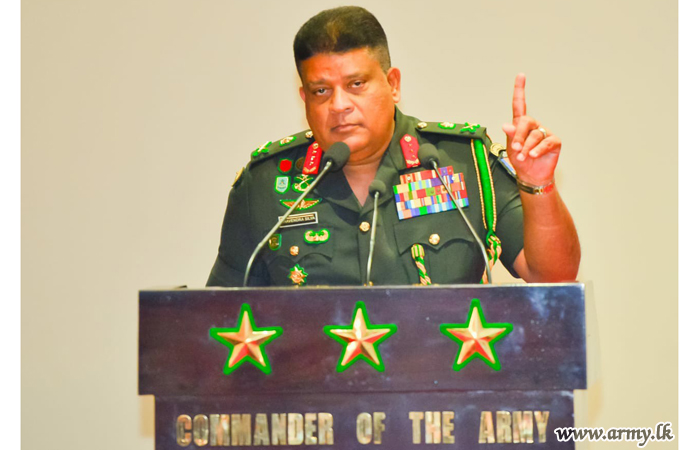 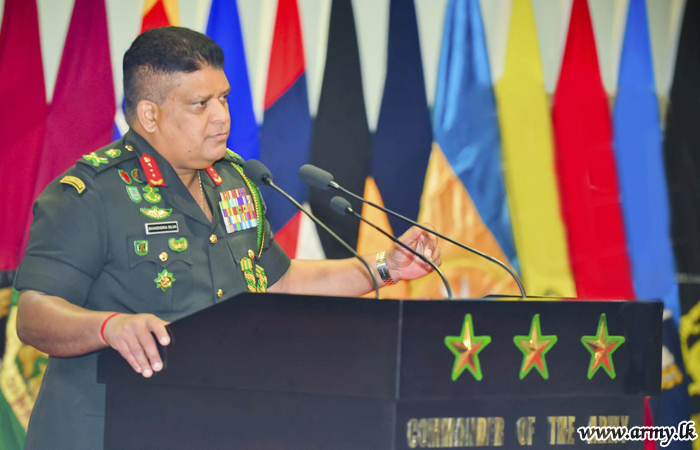 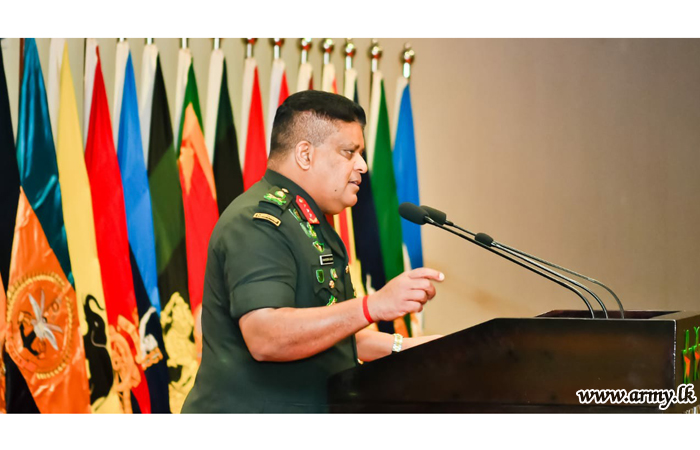 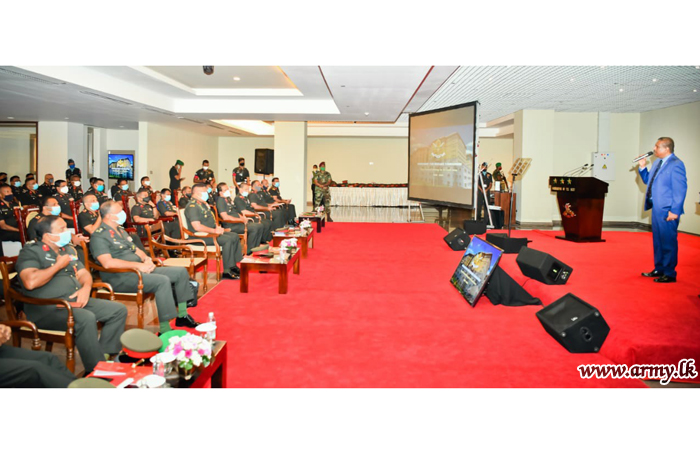