Customary Hindu spiritual blessings on the forthcoming 71st Army Anniversary and the Army Day (October 10) were invoked this evening (3) at Shri Ponnambalawaneswaram Kovil, Colombo 13 in the form of a special ‘Abishekam’ Pooja ritual, considered as one of the most revered and recognized blessings among the Hindus.

Attended by none other than the Chief of Defence Staff and Commander of the Army, Lieutenant General Shavendra Silva himself as the day’s Chief Guest at the invitation of the Army Hindu Association, chaired by Brigadier Himal Guruge the ceremony assumed greater significance as several priests commenced the Pooja amid differently coloured decorations.

The day's invocation of blessings, rich with recital of 'Mantras' and other religious rites and rituals commenced with the carrying of the Army Flag into the inner chamber of the Kovil (temple) by the Chief Kurukkal after the Army Chief handed it amid reverberating temple (Kovil) bells.

The day's 'Abishekam' Pooja religious component, organized by the Sri Lanka Army Hindu Association, invoked blessings on the Army Flag, bestowed blessings on all in the Army and prayed for its well-being and longevity.

A ten-member team of Hindu priests, led by the Chief Kurukkal, Sivashri Suresh Kurukkal performed the 'Pooja' and added significance and dignity to the commemoration of the forthcoming 71st Army Anniversary day.

The traditional ‘Abishekam’ Pooja, comprised of offering of fruits, ghee and garlands, etc to the deities is regarded as one of the most divine rituals in Hinduism where statues of deities are poured with water or fragrant substances, indeed a rare feature.

Lieutenant General Shavendra Silva after the observances respectfully made a symbolic cash gift to the temple and its development on behalf of all serving the organization. The Chief Priest, Sivashri Suresh Kurukkal at this ancient temple closely coordinated with Army organizers and made it a grand 'Pooja'. 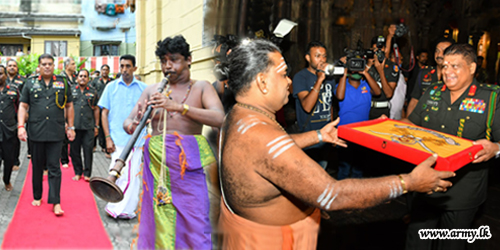 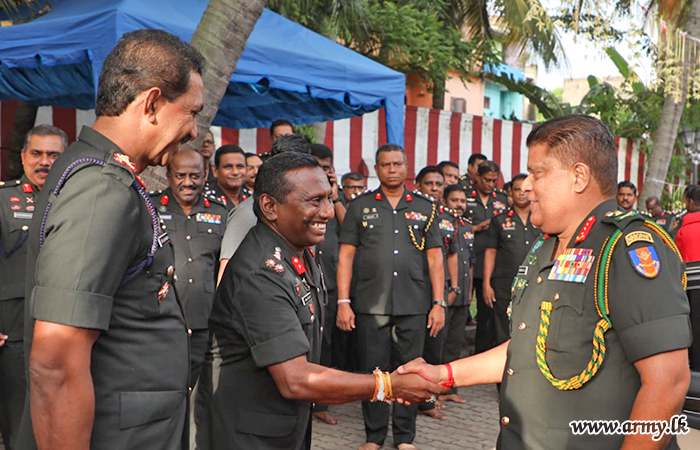 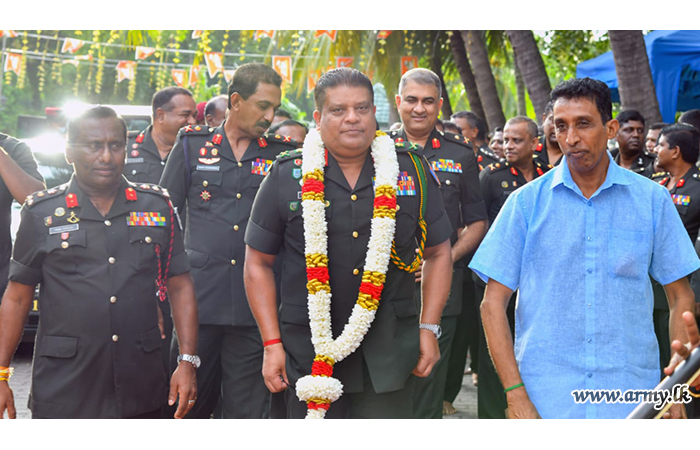 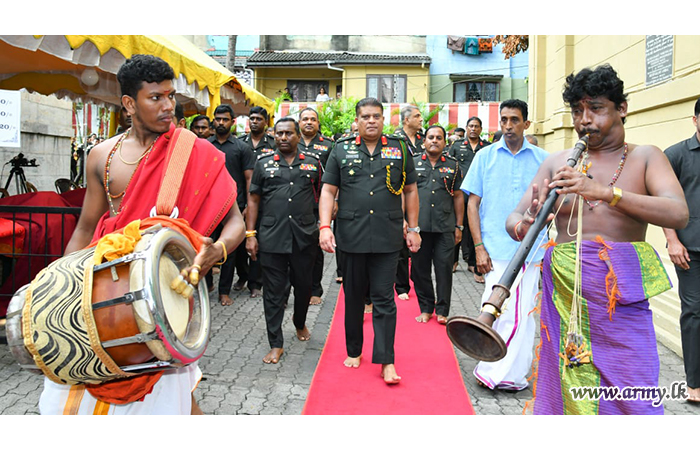 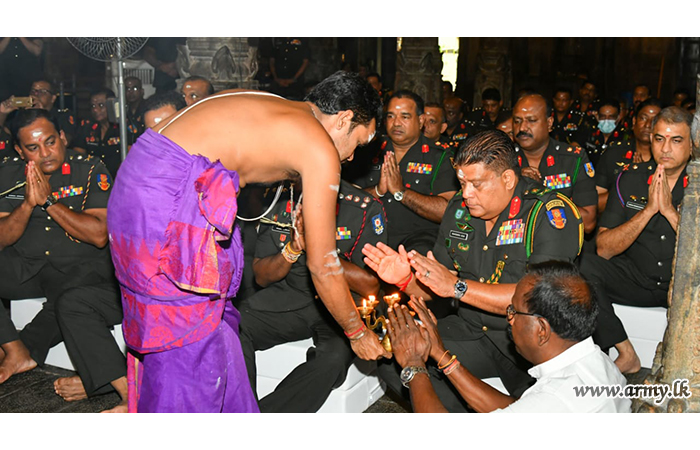 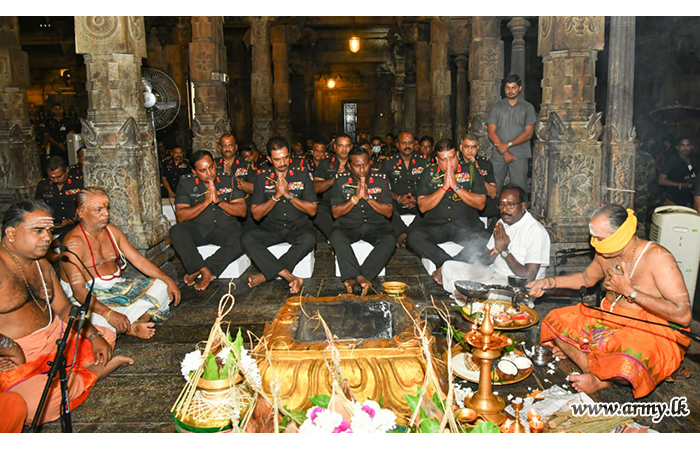 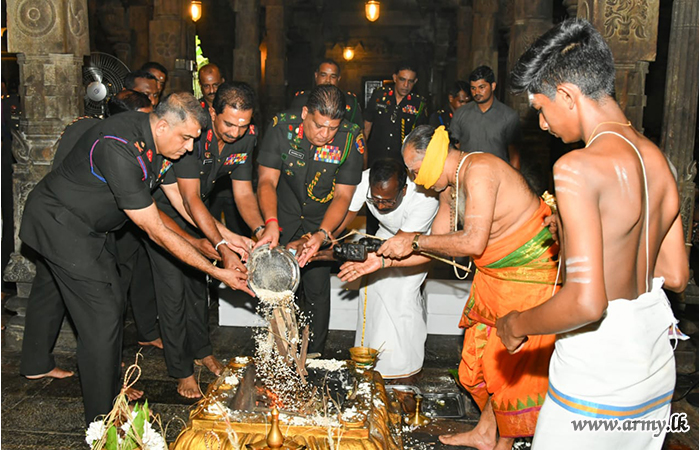 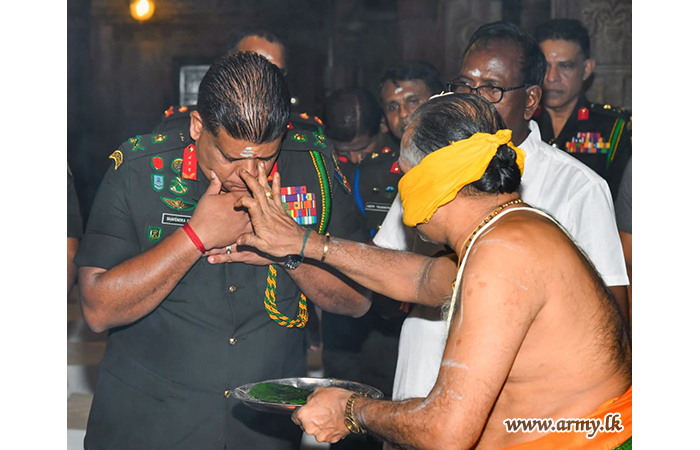 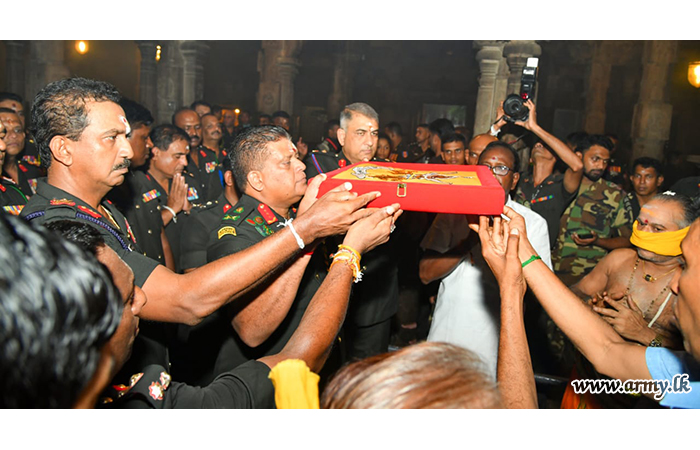 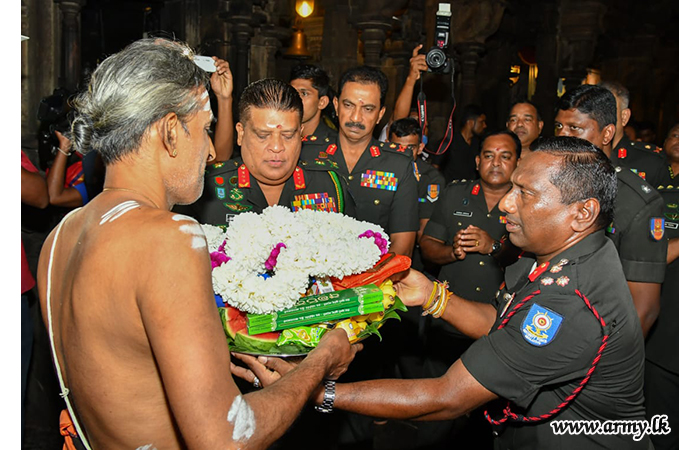 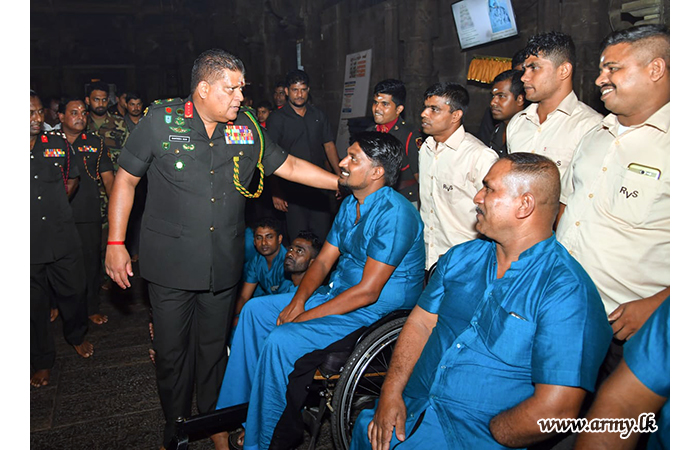 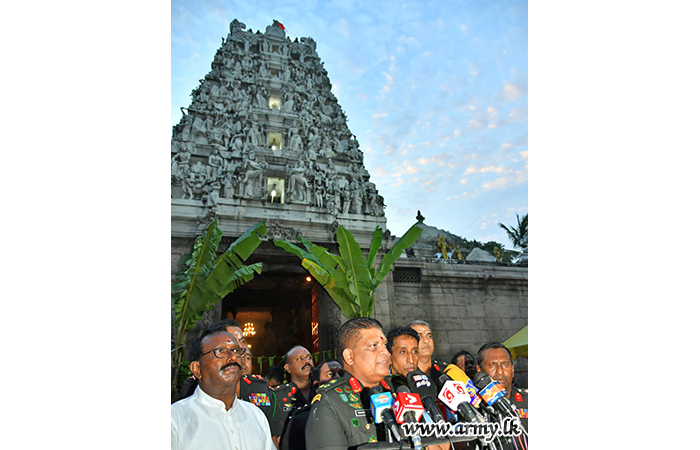