Troops of the Security Force Headquarters-Mullaittivu (SFHQ-MLT) on account of the annual Vaihasi Pongal ceremony at Wattapalai Kovil in Mullaiitivu, extended their best cooperation during May 22-24.

SFHQ-MLT provided temporary drinking water tanks on the roadside leading to the venue with drinking glasses and other utensils, needed for cleaning. Similarly, the shortest main road that runs in front of the SFHQ-MLT premises was kept open to the devotees, facilitating them to reach the Kovil in an easy manner.

In another significant gesture of goodwill, the SFHQ-MLT deployed a mobile medical team after putting up a number of temporary tents, close to the Kovil premises, in which tired and old devotees could rest and sleep overnight if they so desired.

Army medical teams treated about 50 such devotees and provided them with first aid and basic medical treatment during the festival.

Wattapalai Kovil is considered by Hindus as one of the most sacred shrines, believed to possess divine powers of the pantheon of gods. 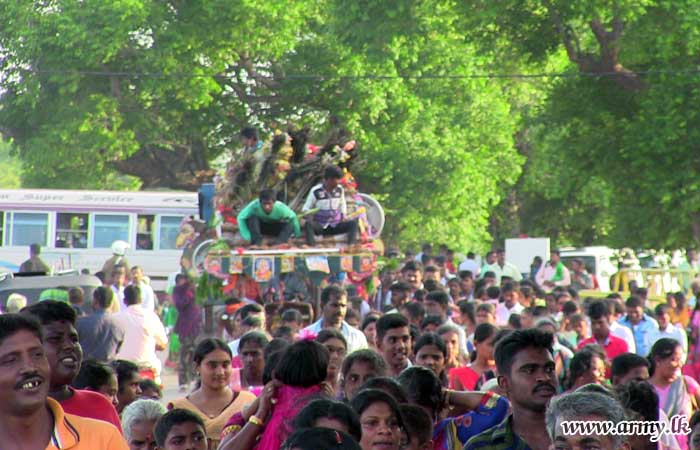