HE the President Maithripala Sirisena as the Chief Guest graced the occasion at the invitation of the Ministry of Defence and the Sri Lanka Navy.

Lieutenant General Crishanthe De Silva, Commander of the Army at the invitation of his Navy counterpart attended the sessions as a special invitee.

Foreign experts in naval and maritime affairs, representing 42 countries and 12 International organizations, together with Sri Lankan scholars are expected to share their experiences, expertise and discuss matters of professional interest during the two-day (Nov 28 - 29) dialogue, themed, ‘Fostering Strategic Maritime Partnerships’ for the 7th consecutive year.

Soon after the inaugural first session, Admiral Harry B. Harris Jr, Commander, U.S. Pacific Command, U.S. Navy who is a key contributor to the sessions, on the sidelines of the conference, had a cordial meeting with Lieutenant General Crishanthe De Silva, Commander of the Army inside the hotel itself.

Both of them exchanged views on a wide range of professional concerns, bilateral importance and mutual interest. Towards the end of the brief interaction, both of them exchanged mementoes of goodwill. On the same occasion, the Army Commander extended greetings to a few other foreign officials, too. 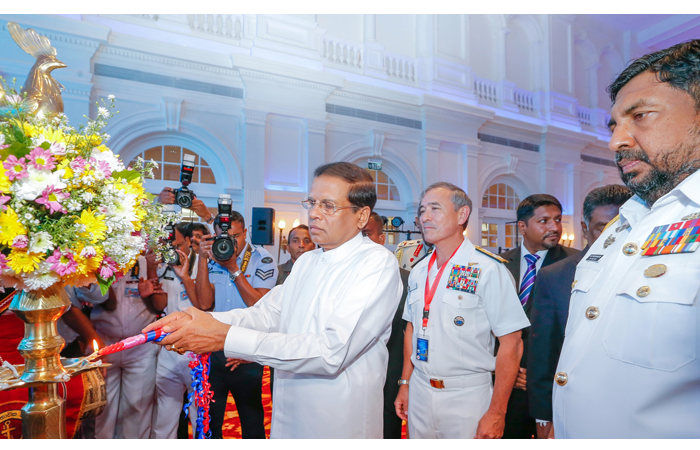 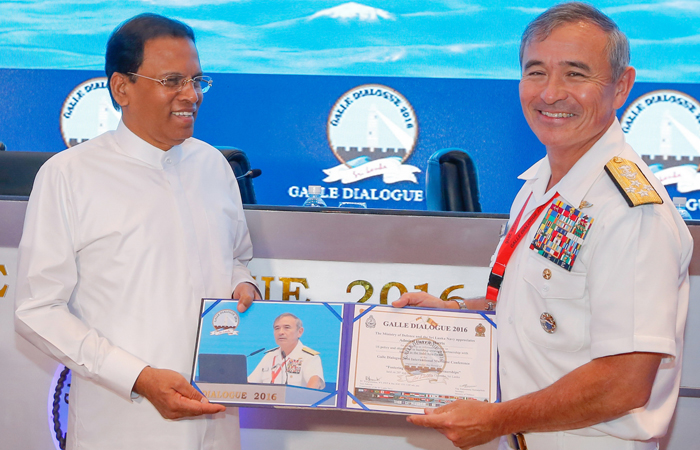 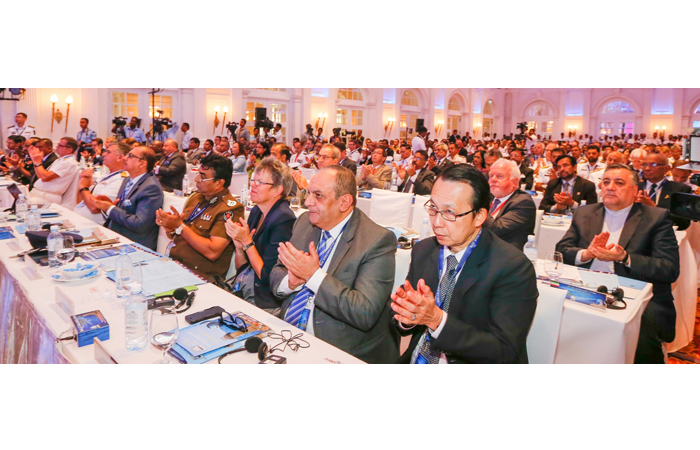 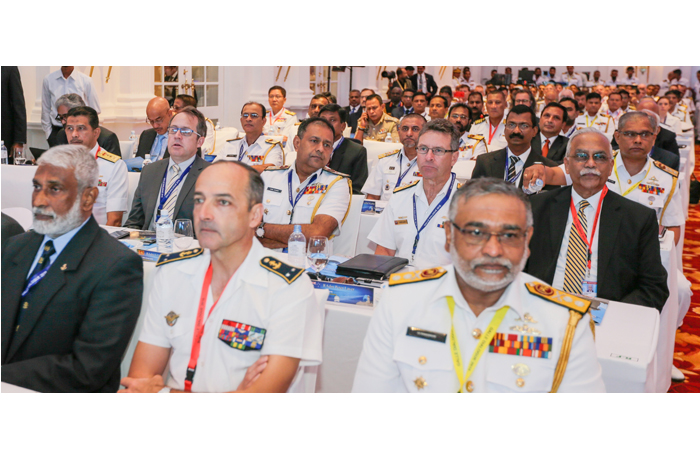 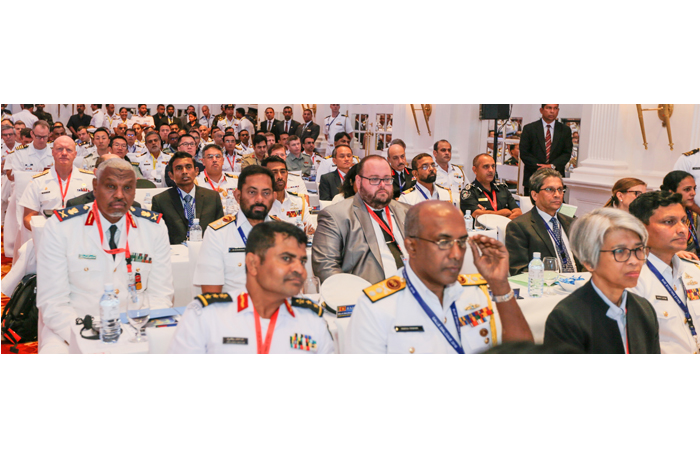 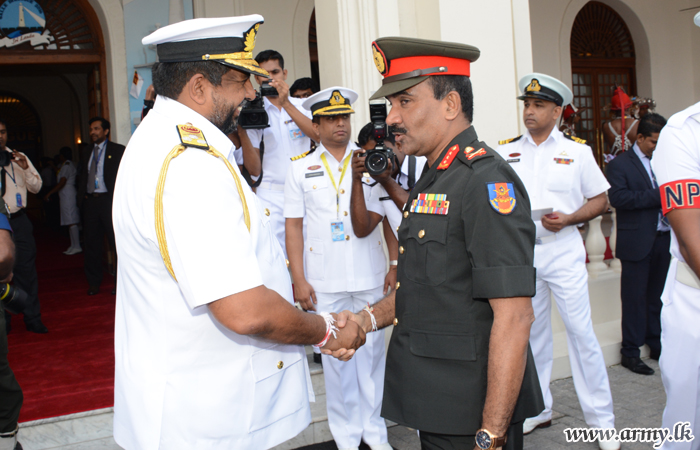 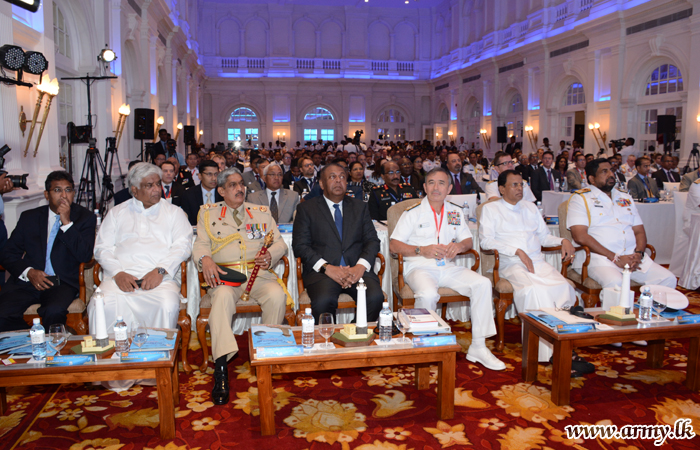 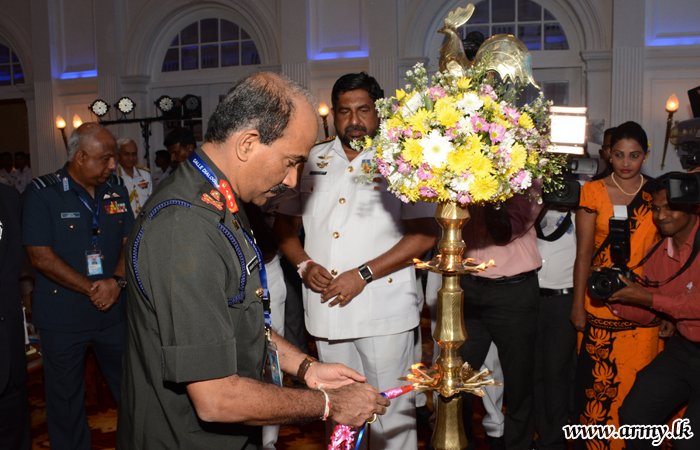 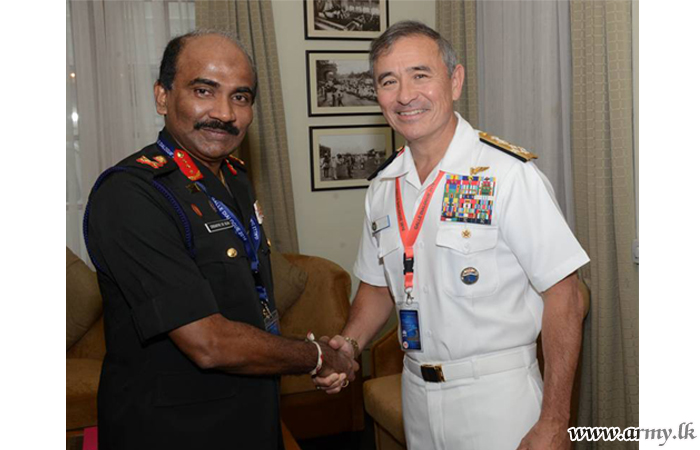 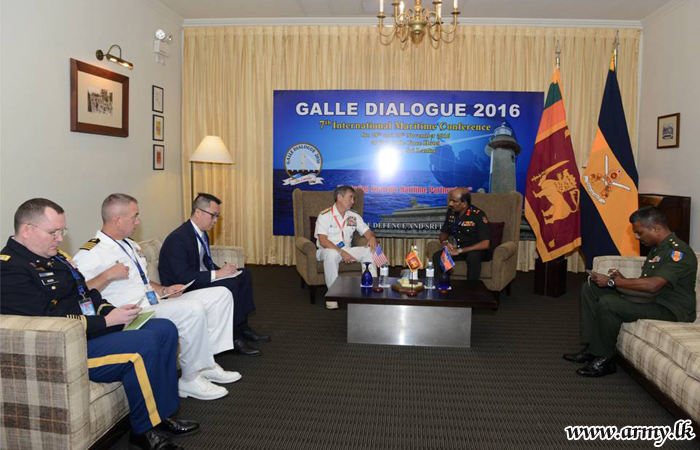 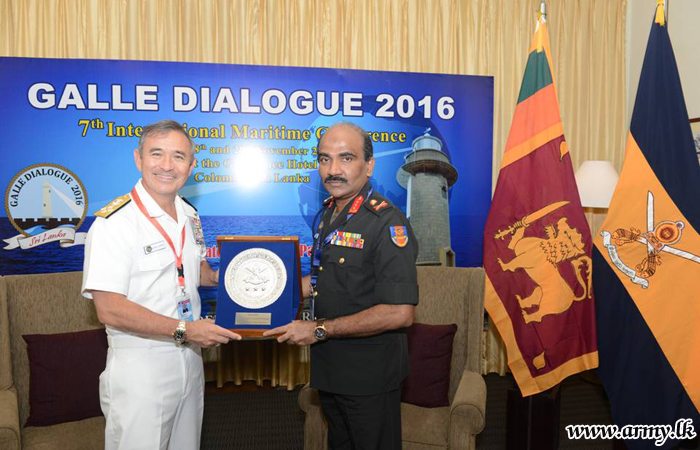 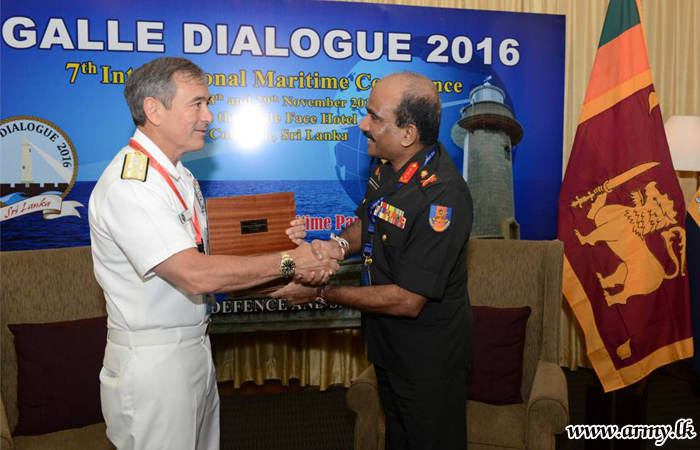 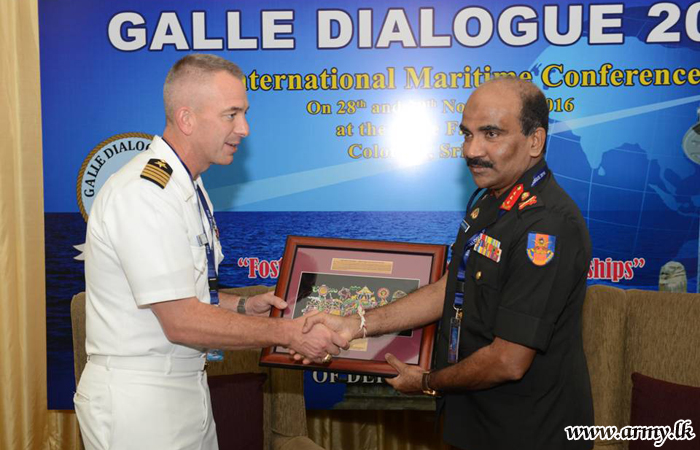 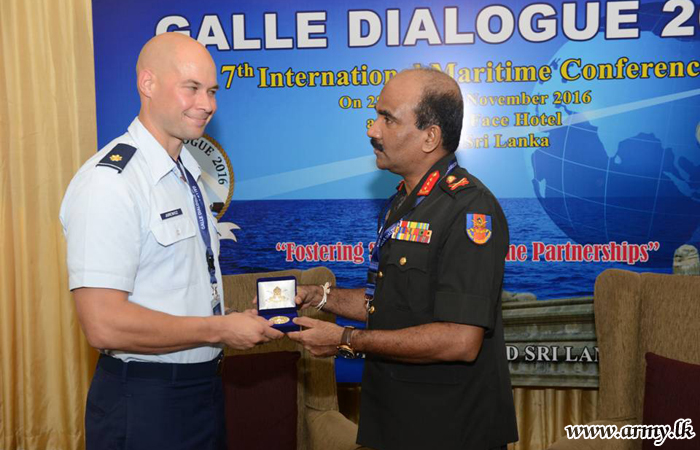