10th August 2006 marked the most decisive and unforgettable turning-point in the liberation of the whole country of brutal LTTE terrorism that plagued the Sri Lankan Nation for over 30 years.

As LTTE assassinations of both innocent civilians and Security Forces and destruction of public property were heightened while covering under the guise of so called peace negotiations, cease-fires, peace talks, etc, those terrorists in the east abruptly stopped the free flow of water from the famous Mavil Aru sluice gate on 20 July 2006 by depriving life-sustaining water to over 35,000 families of all ethnic groups and damaging over 30,000 acres of budding paddy cultivation and this inhuman act by the Tiger terrorists was a threat not only to their livelihoods, but also to their very own survival.

Army troops purely on humanitarian grounds launched the Operation, 'Water Shed' and finally claimed success having re-opened the sluice gates at 08.00 p.m, on 10 August 2006 with the support of the irrigation engineers. The historic re-opening of this sluice gate, irrespective of a barrage of LTTE mortar firing and shelling against Army troops, offered the inspirational morale to the Nation as well as to the troops to go for a full scale offensive against those divisive elements and eradicate terror once for all from the soil of the country.

LTTE terrorists, being unable to withstand the Security Forces' thrust to regain control over the irrigation canal and release water to the desperate farmers and villagers, once again oiled its propaganda machinery and spread false claims upon the re-opening the sluice gates.

After the success of the operation 'Watershed', those Sinhala, Tamil and Muslim farmers began using precious water again to cultivate their paddy lands and lead a harmonious life in a peaceful environment, gratefully to the heroic humanitarian mission of the Sri Lankan troops.

Around the same time, as a diversionary approach, LTTE terrorists tried to overrun the Muttur town, killing civilians and destroying property, forcing them to flee for safety, but again the East-based Security Forces were able to drive away the terrorists and take full control of the town within a few hours. We all, as Sri Lankans should salute the heroic soldiers, sailors, airmen and the Policemen who paid the supreme sacrifice and to those who were wounded and had to undergo untold hardships in the fierce confrontation with the terrorists who were preventing them from reaching the anicut to open the sluice gates. 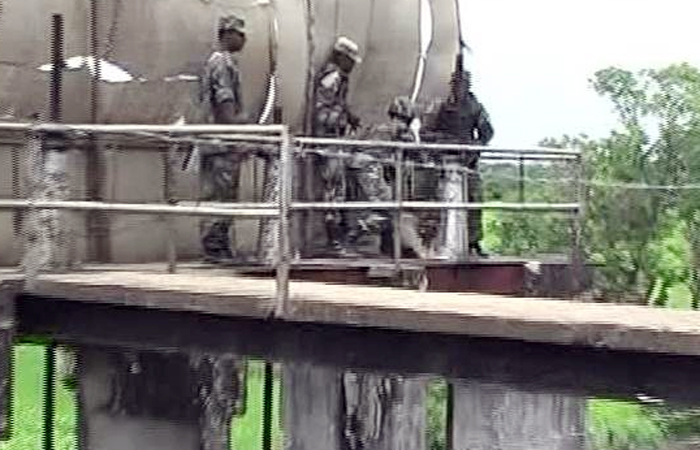 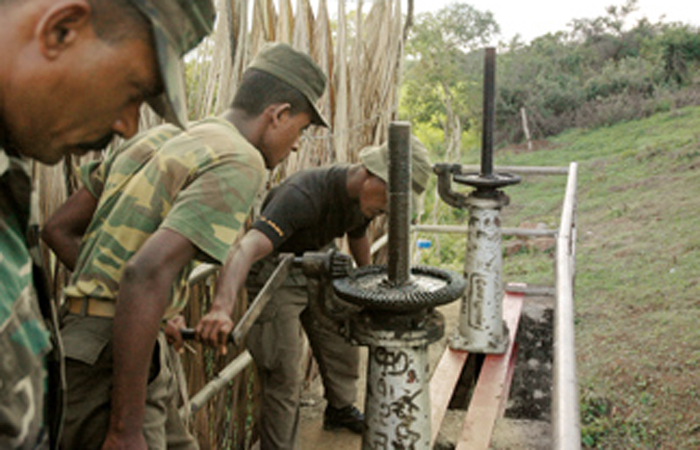 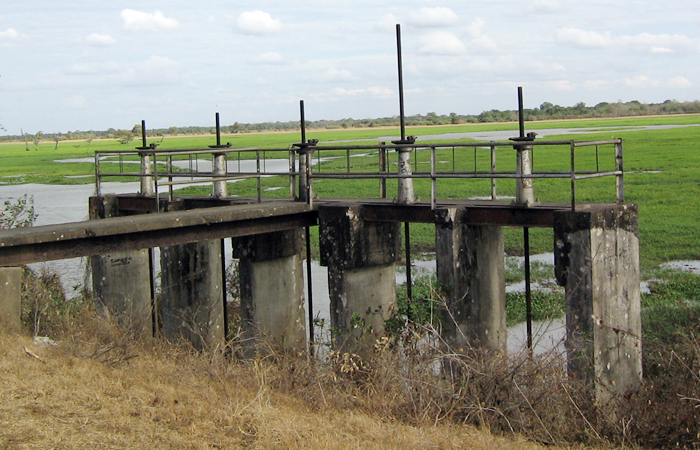