112 Brigade troops under the 11 Division of the Security Force Headquarters - Central (SFHQ-C), responding to an appeal made by the Chief Incumbent at Sri Purvarama Temple, Hapuwatta, Badulla offered their technical assistance to rebuild the entrance pathway, wall around the preaching hall (Dharmashala) and for tiling of the residential quarters of the monks (Awasa Ge) within six days (12 - 17 February).

The project got underway on the directions of Major General P.U.S Vitanage, Commander, Security Forces - Central, following a request made to him by the Chief Incumbent at Sri Purvarama Temple.

Troops under the guidance of 112 Brigade Commander contributed to the project and completed those renovating and constructions to the satisfaction of the Chief Incumbent. 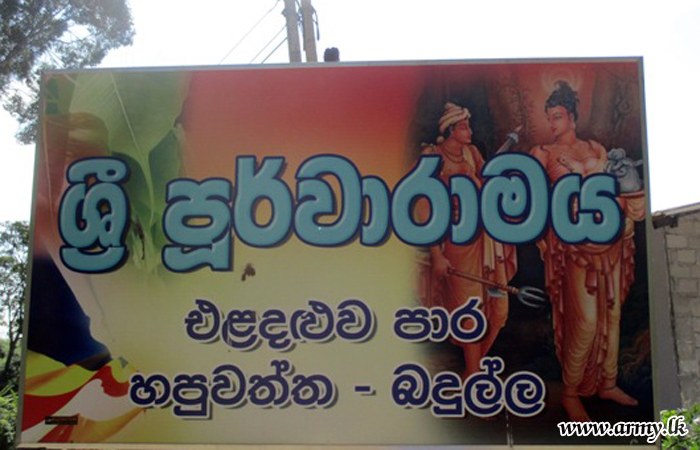 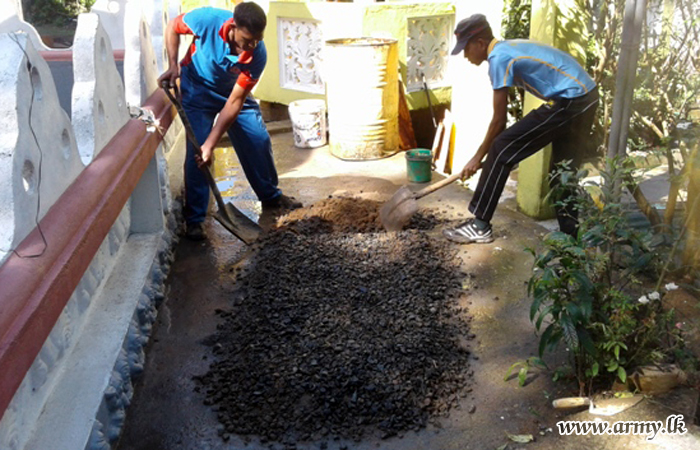 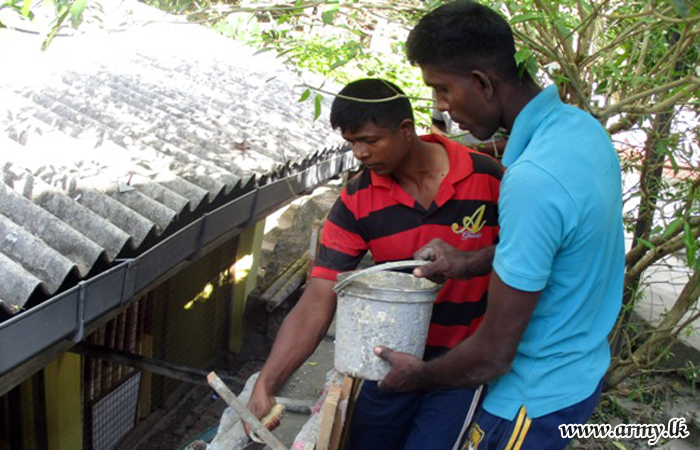 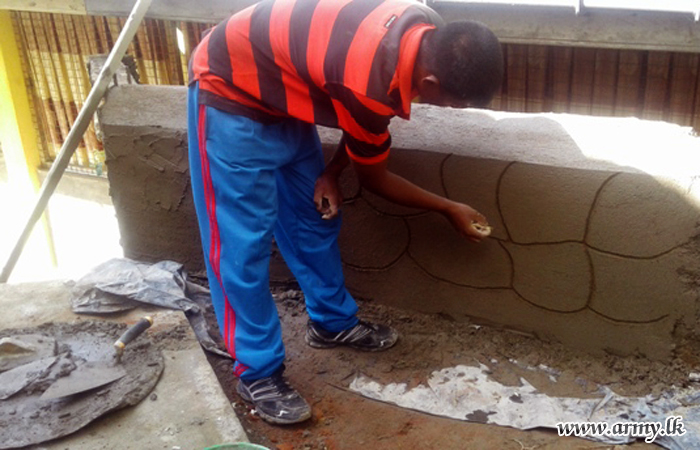