Touched by the desperate plight of a baby Sambur who had been injured due to a chase, made by wild and domesticated dogs in the general Theruvil Forest Reserve area in Muthiyankaddu, 643 Brigade troops took prompt action to provide medical care to her and rescued her life.

Due to the prevailing drought and lack of drinking water, many animals in this forest reserve are facing hardships these days and running amok in search of water.

All signs pointed to the fact that this baby Sambur had been chased by dogs causing bleeding injuries to it.

A routine patrol on Saturday (11) had suddenly spotted the bleeding baby Sambur lying desperately with bleeding injuries due to attack of the dogs.

Troops quickly got in touch with the Commander 643 Brigade and coordinated with the Regional Wildlife office and got them down before the animal was handed over to wildlife officers for treatment and necessary onward actions. 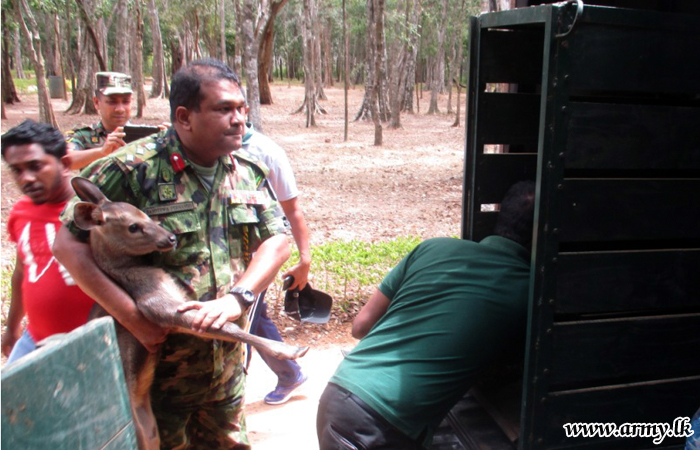 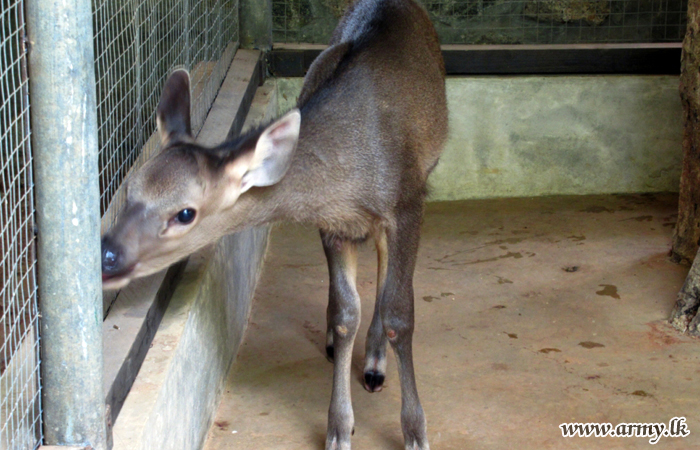 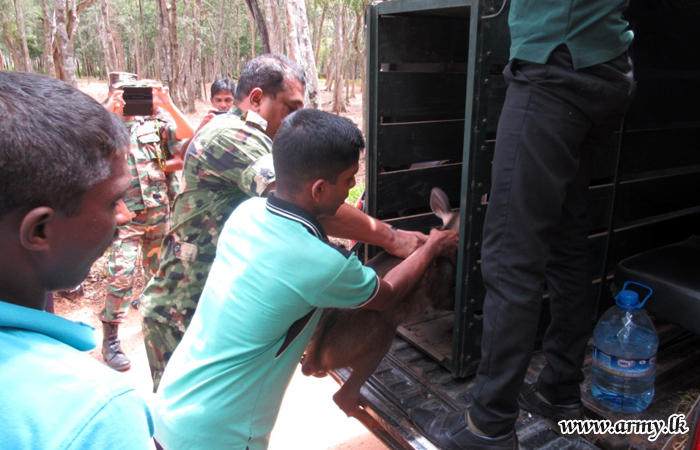