More than 100 Army troops of the 24 Gajaba Regiment (GR) serving sacred Madu Shrine in Madu road area, Mannar have offered their emergence relief assistance to the pilgrims who have been badly affected due to torrential rains that have been continuing for the last couple of hours beginning Monday (14) evening.

After unexpected heavy rains hit, areas surrounding the Madu Shrine were badly flooded making it impossible for the pilgrims in temporary tents and huts to stay overnight as the gushing waters were invading those living areas.

Alerting to the inclement weather patterns and inconveniences caused to the pilgrims, more than 100 GR troops of the 613 Brigade under the 61 Division of the Security Force Headquarters - Wanni (SFHQ-W) immediately rushed to the scene, dug up drains and waterways around each and every residential hut of pilgrims and made flooding waters recede smoothly.

Colonel Ajantha Wijesooriya, Brigade Commander, 613 Brigade in close consultation with the clergy in the Shrine including Rev. Rayappu Joseph, Bishop of Mannar, has mobilized the Army troops to provide relief to those pilgrims and meet with urgent emergency requirements, developing concurrently with the continuous fall of heavy rains at the time this report was filed. In some instances, the troops were compelled to pull up a few vehicles that remained submerged and stuck in muddy waters and take them away to higher elevations.

Troops are continuing their relief operations and emergency ground requirements by Tuesday (15) morning on the instructions of the 61 Division and the SFHQ-W. 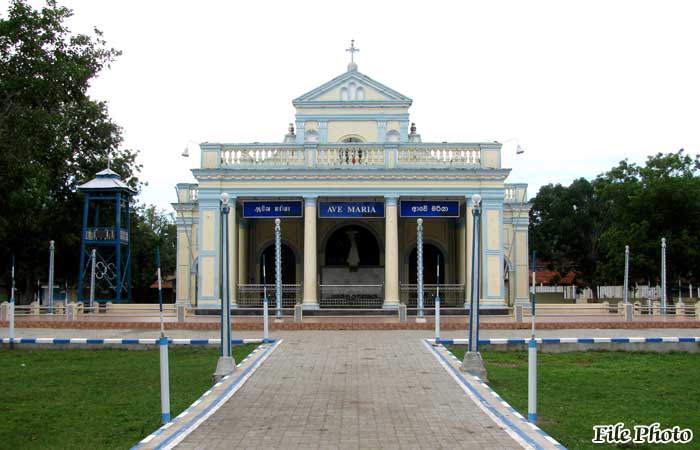