Troops Convert Idling Building for Best Use of Kids

14 (Volunteer) Sri Lanka Light Infantry (SLLI) troops of the 62 Division Headquarters under the Security Force Headquarters - Wanni (SFHQ-W) converted an idling community hall-type building into best use at ‘Ranaviru Piyasa’ village in Sampathnuwara and assisted the villagers to start a pre-school for their kids on the directions of Major General B.H.M.A Wijesinghe, General Officer Commanding (GOC), 62 Division.

‘Ranaviru Piyasa’ village at Sampathnuwara, Welioya consists of 48 houses, built for married members of the armed forces in Wanni areas, but the absence of a proper pre-school in the area for their kids, forced them to travel a bit longer than necessary to get pre-school education for their kids.

However, the Commanding Officer, 14 (V) SLLI after observing the said unused building, took up the issue with the GOC and explored possibilities of converting it to a pre-school with the supply of furniture, toys, equipment and human resources to run it. The project launched with the blessings of the Wanni Commander got to a successful start after the villagers themselves found a widow of a War Hero for conduct of the school as the teacher. Likewise, the villagers consented to manage the place on their own after preliminary repairs done and furniture supplied by Army troops.

During a simple ceremony on Tuesday (10), the pre-school with eight kids got to a start, amid religious blessings of the Maha Sangha and the traditional oil lamp lighting. The pre-school teacher as the auspicious minute struck enrolled the first batch of kids.

The particular building at the initial stage had been constructed many moons ago by the troops at their own cost to be used as a community hall but the construction of another building in the centre of the village left it unused for some time. 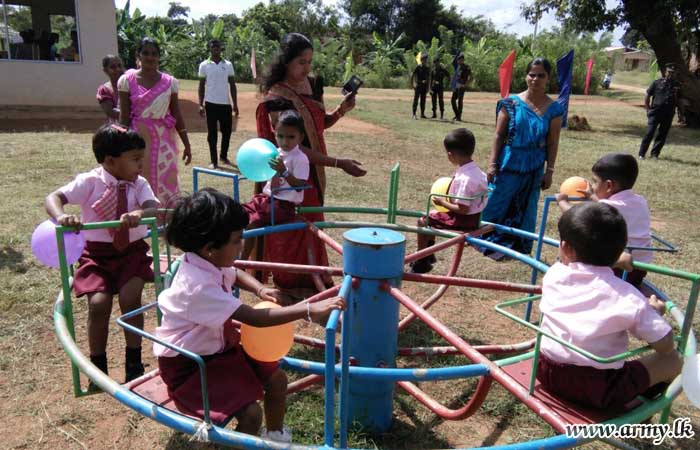 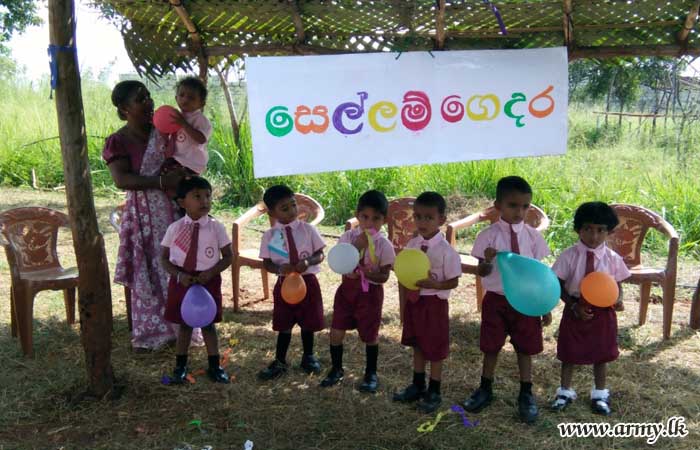 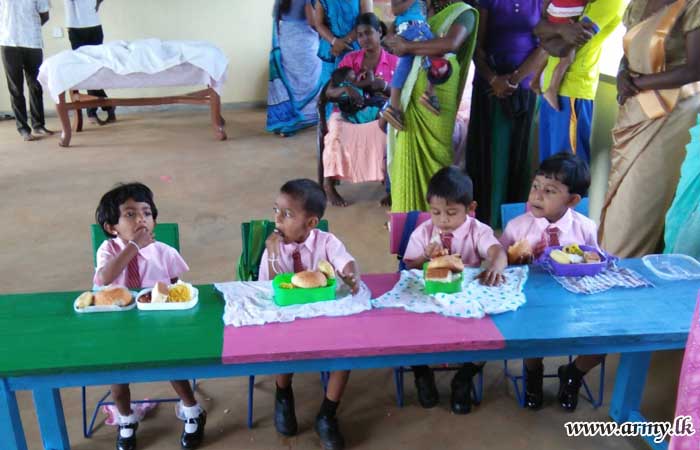 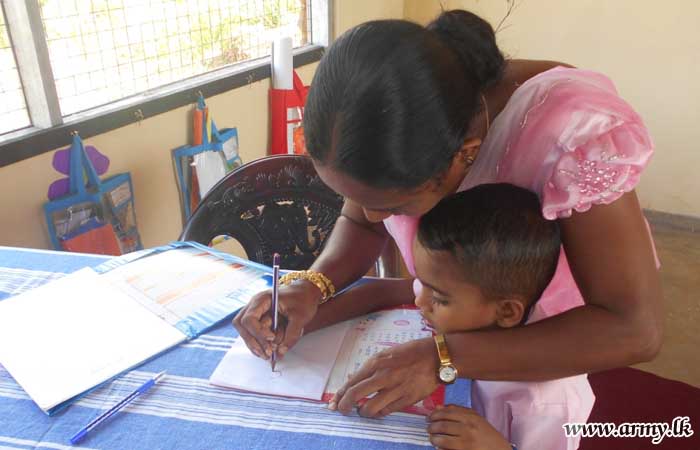 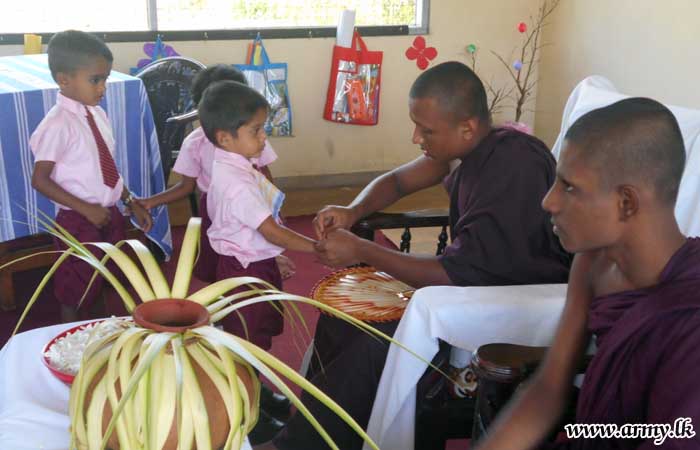 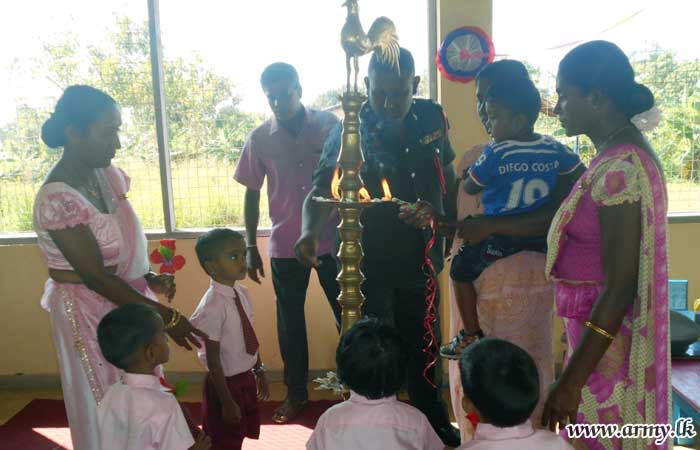 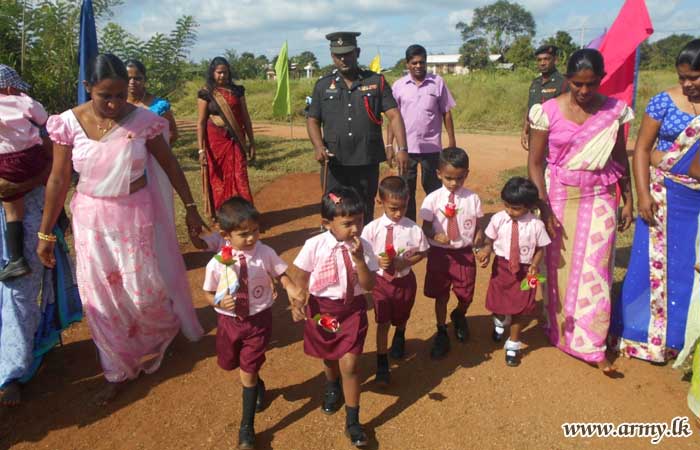 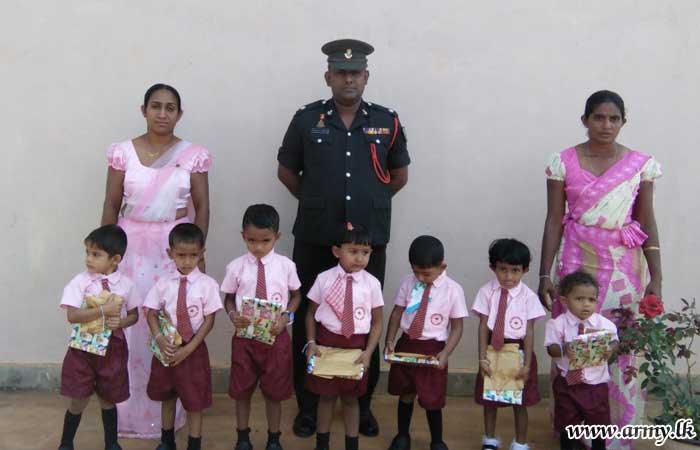