The renovated suspension bridge at Munamalwatte across the Meddegedaraoya in Mathugama area was declared open by Major General Sudantha Ranasinghe, Commander, Security Force Headquarters - West (SFHQ- West) on Thursday (25) during a simple ceremony.

SFHQ-West troops in response to a request made to the Army by the Additional Divisional Secretary for Mathugama undertook the renovation work of this suspension bridge of 238 ft long and 4 ft wide which was in a very dilapidated and precarious condition with rusty metal bars and steps.

Considering the community service aspect of the project 5 Sri Lanka Army Engineer Regiment and SFHQ-West troops completed the renovation at a cost of Rs 1 m, provided by the Divisional Secretariat. 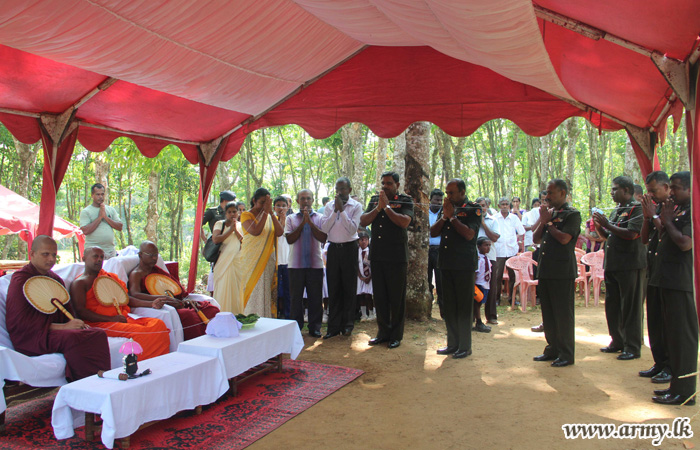 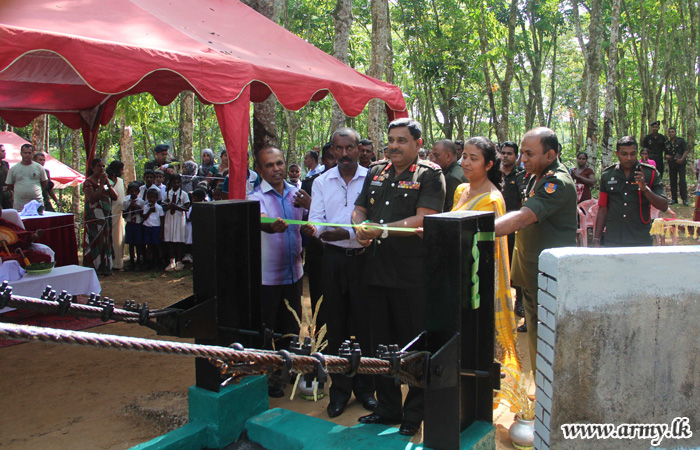 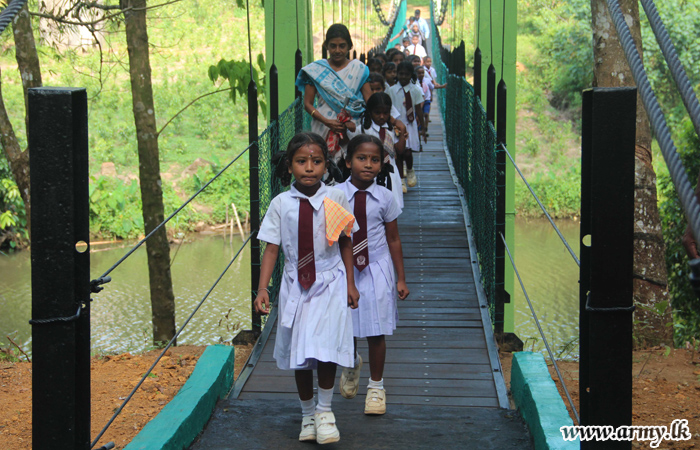 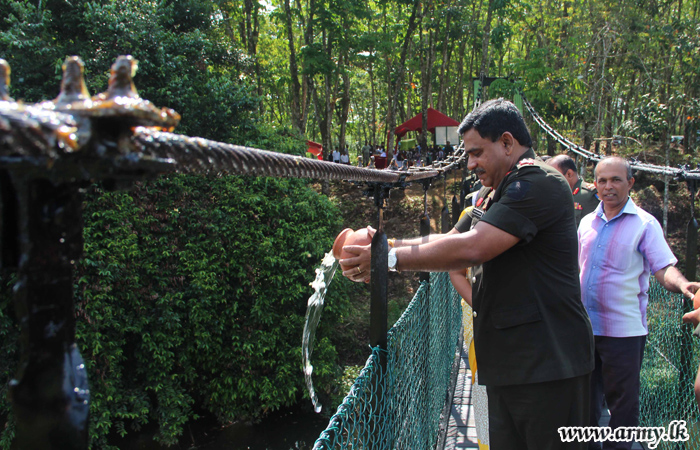 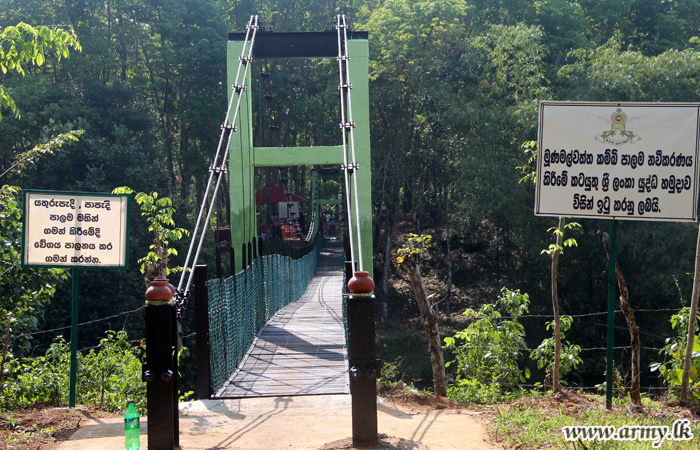