Troops of the 683 Brigade under the 68 Division coordinated a distribution of school items to the students of low-income families in Udayarkattu (North & South), Sugandhipuram, Theravil and Wallapuram areas in Puddukudirippu recently with the sponsorship of ‘Merit’ foundation.

Under the programme, 40 Catholic students resident in Udayarkattu South, Theravil and Wallapuram areas with minimum facilities received those school items at first.

In addition to that, 10 teachers also received 20 sarees and a new computer was donated to the principal at Subarathi Vidyalaya for the benefits of students, during simple ceremony held at the 7 GW headquarters premises.

Another round of distribution took place simultaneously at the Sugandipuram Government Tamil School premises covering Sugandipuram and Udayarkattu North villages. School items to 40 Catholic students and 20 sarees to10 teachers plus a new computer were donated to Mr Sellaiah Meganadan, principal at Sugandipuram Tamil Mixed school.

During the final segment of the day’s programmes, students and teachers appreciated the efforts taken by the Army to lend their assistance to uplift educational facilities of needy families in Puddukudirippu.

Troops of 68 Division also offered their kind gratitude to the members of the ‘Merit’ foundation who sponsored this programme. 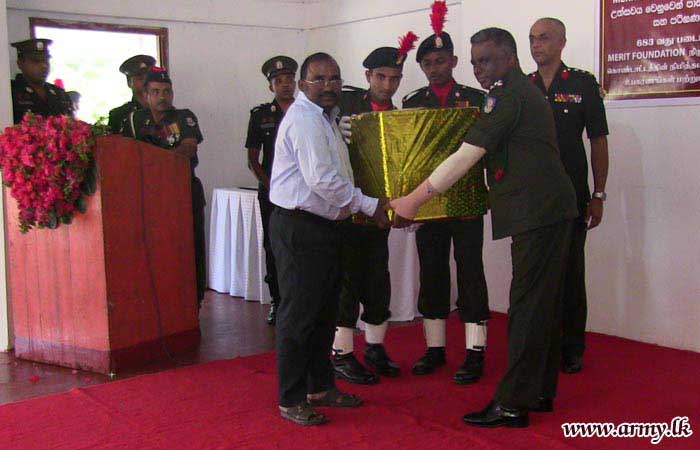 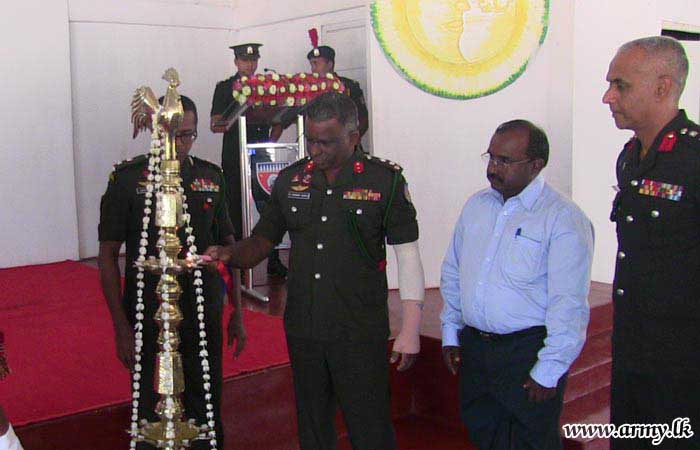 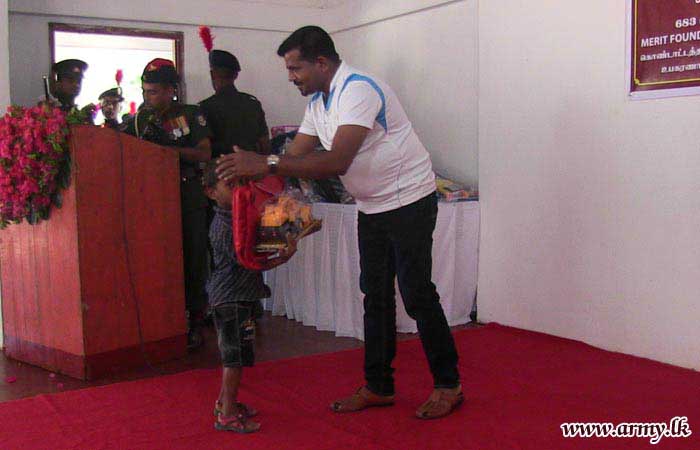 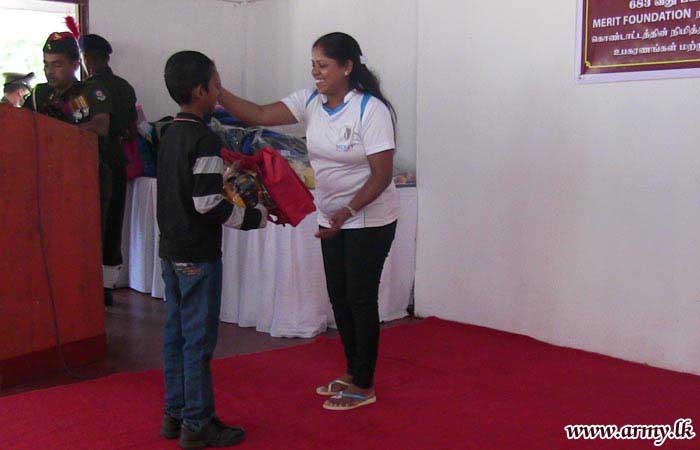 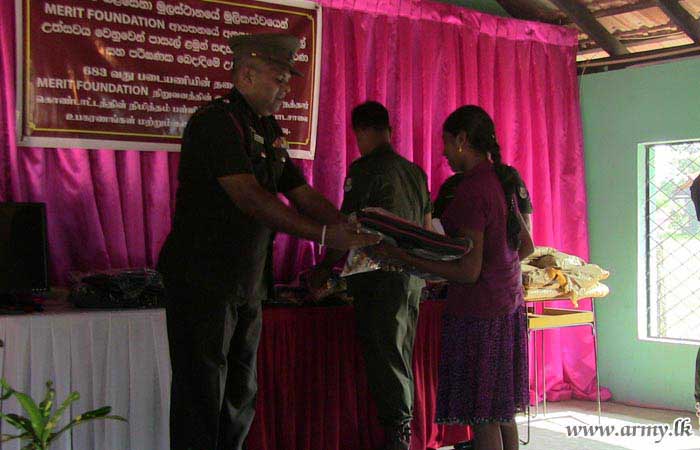 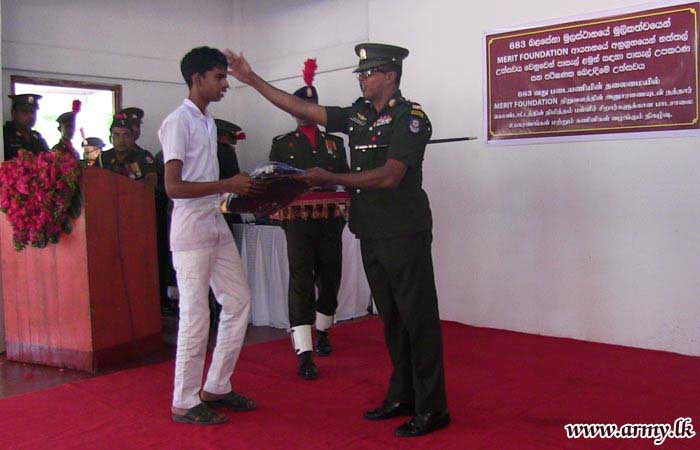 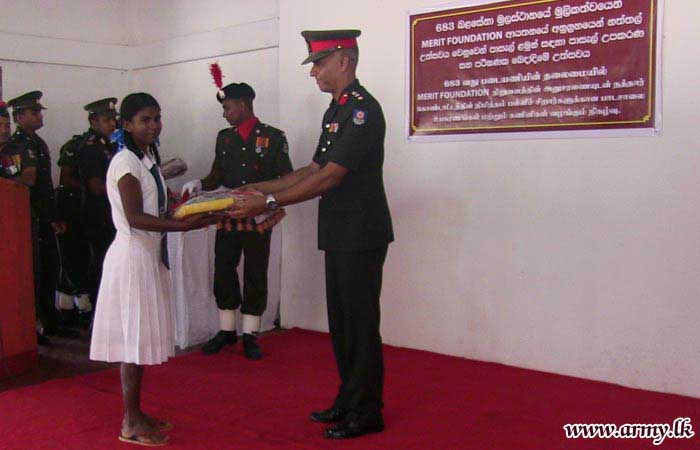 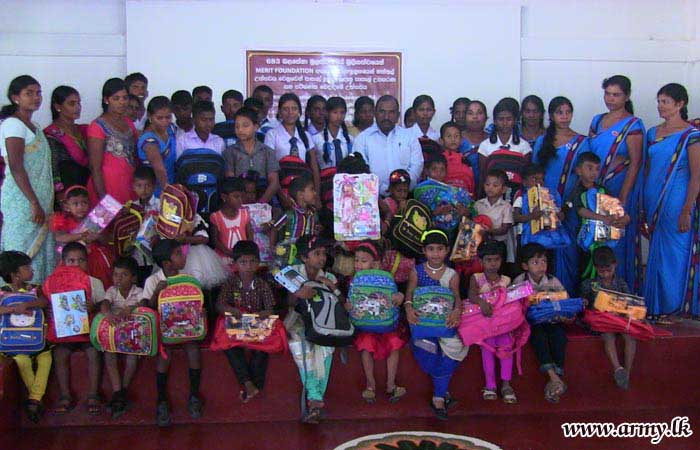