A former LTTE woman combatant turned a Media Correspondent, now making her own living by compiling stories to media in her own mother tongue while residing in Jaffna, received a fillip for her career on Wednesday (8) when the woman soldiers of the 7 Sri Lanka Army Women’s Corps (7 SLAWC) of the Security Force Headquarters - Jaffna (SFHQ–J), met her and gifted her a new desktop computer for further facilitation of her writing roles.

Colonel Udaya Kumara, Colonel General Staff Officer of the Security Force Headquarters- Jaffna (SFHQ–J) with the blessings of the Jaffna Commander, handed over the computer with a 4G internet connection router to the rehabilitated former woman combatant since she has now begun to work as a Media correspondent from Jaffna.

Lieutenant Colonel Harichandra Mayasinghe, Chief Coordinating Officer for Civil Affairs, SFHQ-J and Major Geethika Rankotge, Commanding Officer 7 SLAWC were present at the time the incentive, was delivered to the beneficiary. 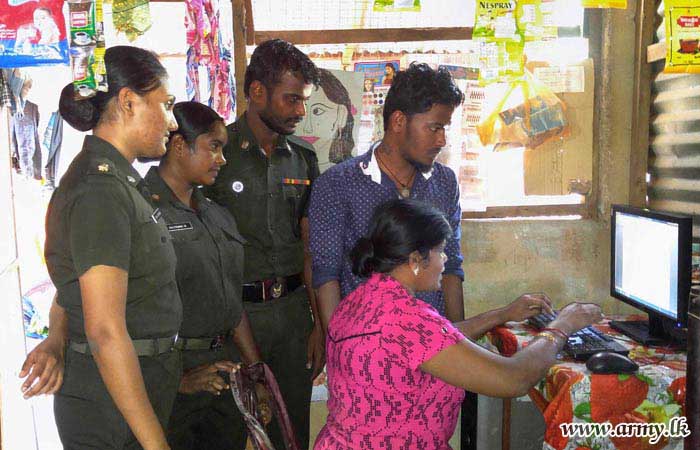