The donation of books worth Rs.1 lack was made by Mrs. Dinusha de Silva of Nawala, Rajagiriya in response to a request made by the General Officer Commanding (GOC), 65 Division.

In addition, a stock of 26 school bags donated by Colombo, Visakians were also gifted to the school students during the same ceremony.

26 students from low-income groups were the recipients of those incentives.

Meanwhile, the donors gifted a stock of books to the school library during the same ceremony. 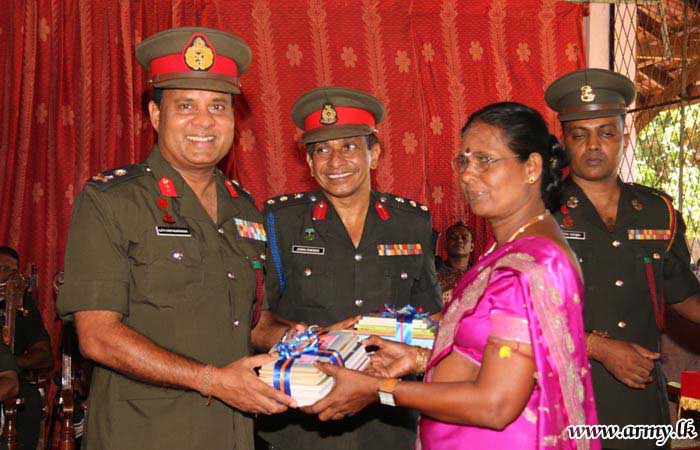 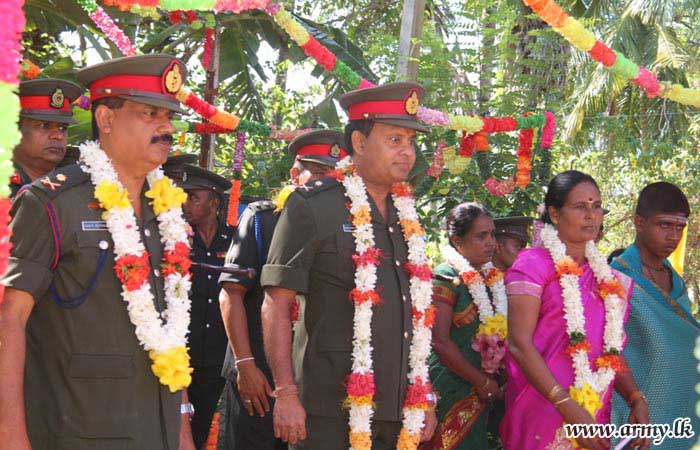 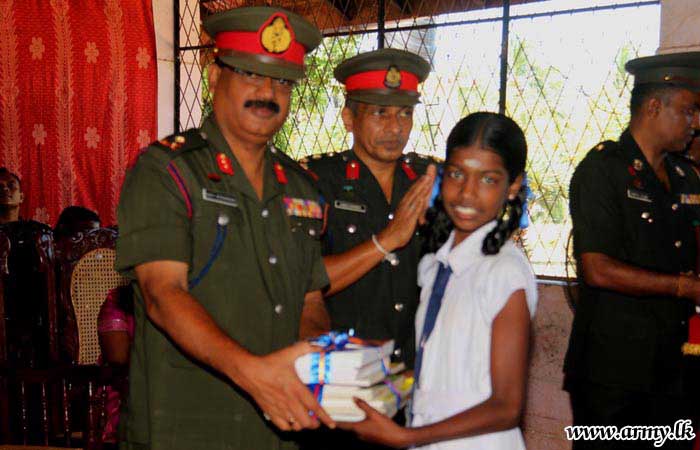 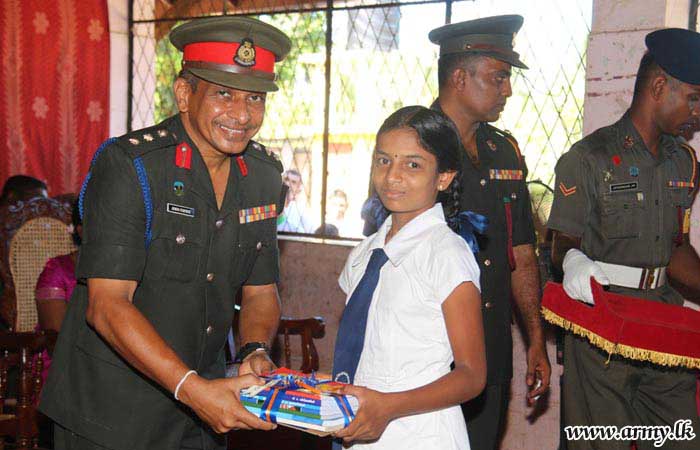 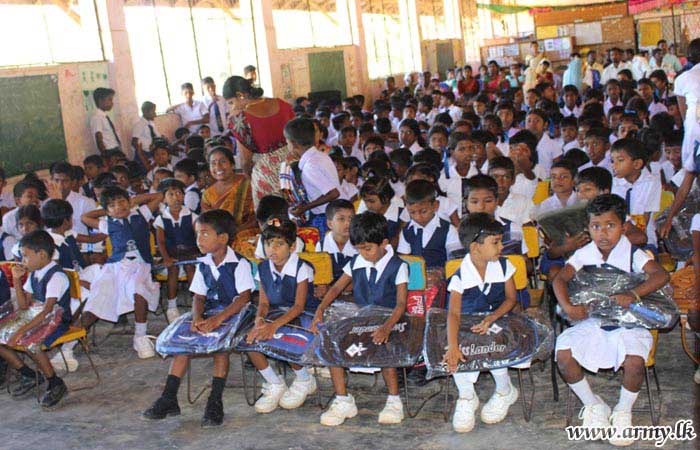 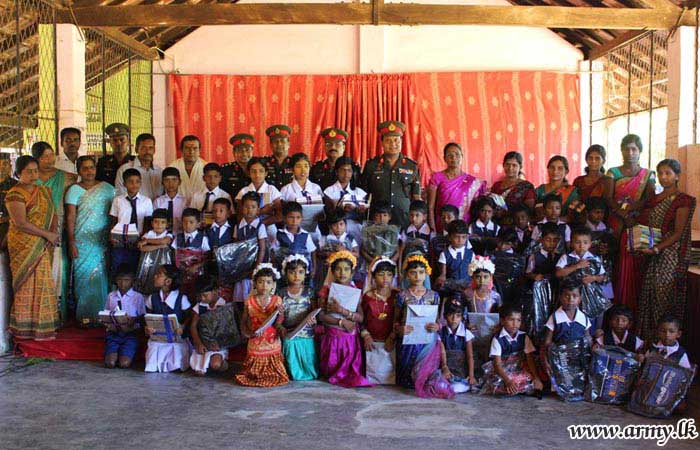