‘If the Government as well as the private sector can ensure that a high standard of education is provided by local universities and other higher educational institutions, it may even be possible for us to start attracting international students to study in Sri Lanka and convert the higher education sector into a foreign exchange earner for the country’, the President said.

The President made these remarks addressing the convocation of the General Sir John Kotelawala Defence University held at the BMICH on Friday (10).

During this convocation degrees were awarded to 1282 students. President Rajapaksa presented awards to the outstanding graduates in the year 2019.

The General Sir John Kotelawala Defence University was established under the Sir John Kotelawala Defence Academy Act No. 68 of 1981 with the aim of producing highly qualified Tri-Forces officers. In the year 2009 the then Defence Secretary Mr. Gotabaya Rajapaksa elevated this into a University. Establishment of the Medical Faculty, registration of local and foreign cadet officers, introduction of Postgraduate degrees for research and development activities, establishment of the Southern University in Suriyawewa and construction of state-of-the-art hospital did under his tenure.

The President said that the General Sir John Kotelawala Defence University should strive to be an exemplary higher educational institution not just in Sri Lanka, but in the region as well.

The free education system had a truly transformative impact on Sri Lanka. It should always be protected, the President said that adding that we must allow those who can afford to pay for private education to follow their higher studies in Sri Lanka instead of going abroad.

President Rajapaksa pointed out that we should do a great deal of work to understand the true potential of our education system. The present education system is an exam-centric one. Due to this students’ opportunities for higher learning has been narrowed considerably. Irrespective of the skills, aptitudes and knowledge gained by students throughout their primary and secondary education, their future is effectively determined by their exam results, the President said. This focus on exams has created parental pressure and social pressure on these children. This has resulted in large numbers of children losing out on many opportunities to develop themselves in other ways during one of the most decisive periods in their lives, he added.

We cannot allow our children to be lost in this education system, the President said that adding that is why we must broaden the opportunities available for further education through both the state education system as well as through the private sector. It is critical to increase the intake of students into universities and other tertiary education institutions. More investments need to be made to upgrade their infrastructure facilities and increase their human resources, the President said.

President Rajapaksa pointed out the importance of Universities offering degree programmes in a way which will ensure that their courses will help them to be gainfully employed.

The 21st Century is widely acknowledged as the Knowledge Century. Many new technologies ranging from Artificial Intelligence, Big Data, Robotics, the Internet of Things, Biotechnology, 3-D Printing, and Automation, will reshape economic growth in developed countries over the coming decades, the President said. He also stated that such transformative technologies must be adopted at their early stages.

The President emphasized that in this context, it is important to stress that the lack of Government resources should not be an inhibiting factor in achieving the broadening of tertiary education options. If we can increase the availability of high-quality tertiary education providers in the country, we can reverse the ‘brain drain’ as well as we can help to reduce significant outflows of our foreign reserves.

The President explained the importance of improving the quality of existing vocational education institutes and technical colleges in line with global standards.

‘As outlined in the “Vistas of Prosperity and Splendour” Policy Document, which has now been endorsed as the Policy Document of the Government, we have ambitious plans to effect the reforms that are required in the education sector, from preschool through to the tertiary level’, the President said. 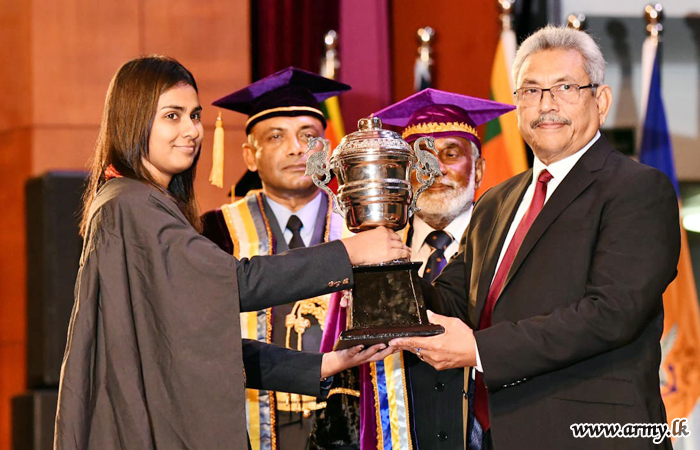 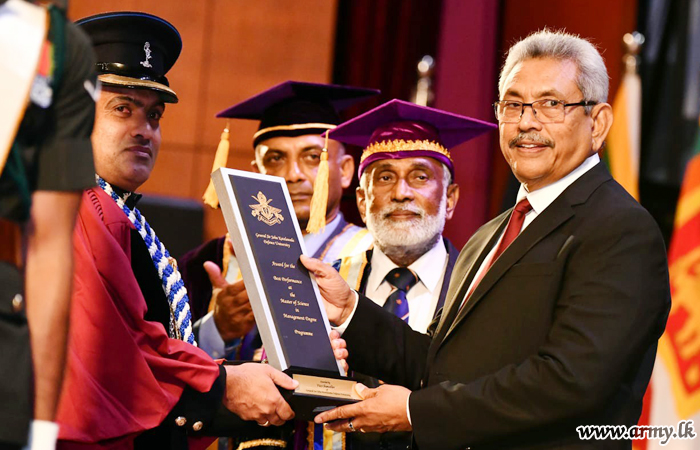 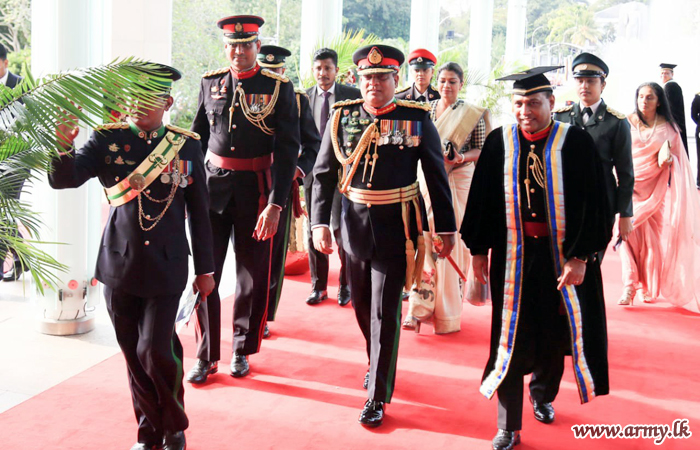 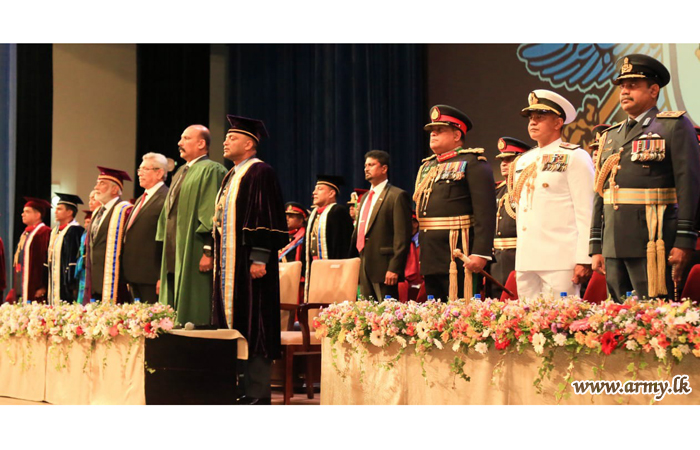 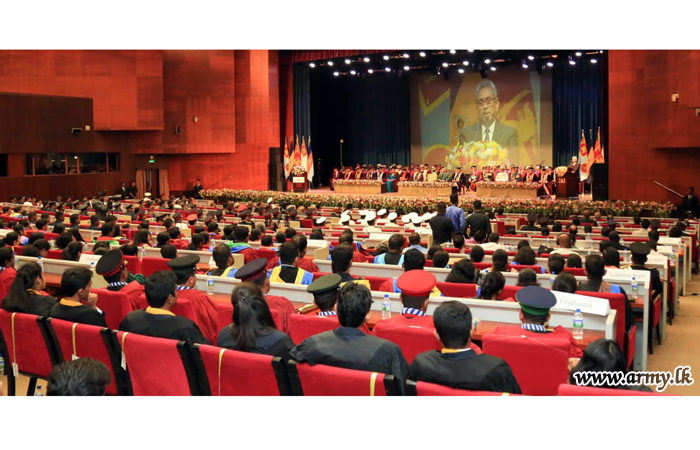 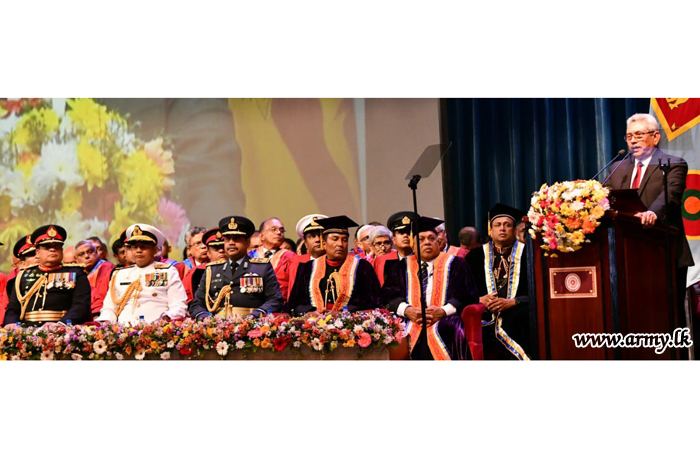 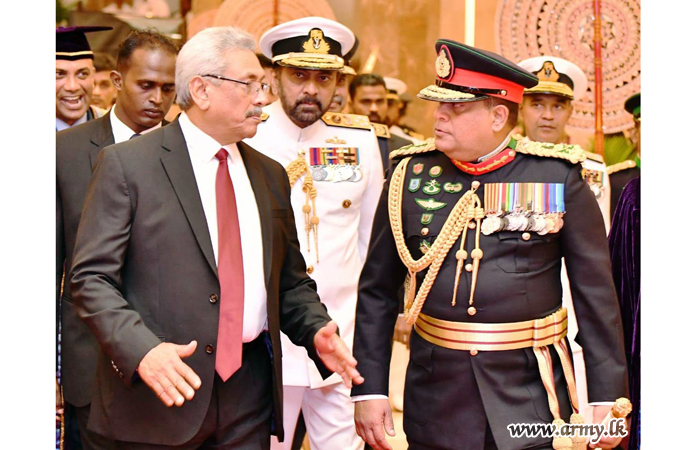 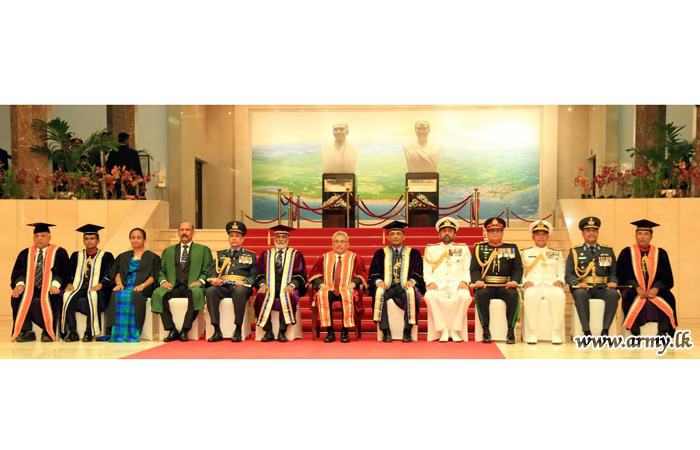