Likewise, an Army-built new home for a needy family with the sponsorship of the same ‘Daham Pahana’ Foundation in the general area of Karappan in Kayts was also vested in the deserving family on the following day (10) by the same donors. A child of the recipient family and the main sponsor unveiled a plaque and opened the new house amid applause in the presence of Army troops who built the new house using their technical and engineering expertise, in addition to their untiring labour.

This was the second such community-oriented project of the ‘Daham Pahana’, launched in close cooperation with the SFHQ-J, following an initiative taken by Major General Darshana Hettiarahchi, Commander, Security Forces – Jaffna. The SFHQ-J with the objective of improving living standards of poor segments in the Jaffna populace has been conducting a number of multi-faceted welfare projects in the recent past with the blessings of the Commander of the Army.

SFHQ-J on its part took steps to screen the most deserving segments, both students and civilians for receipt of those benefits through state agencies, school authorities, Divisional Secretariats, Grama Seva officials, et al. 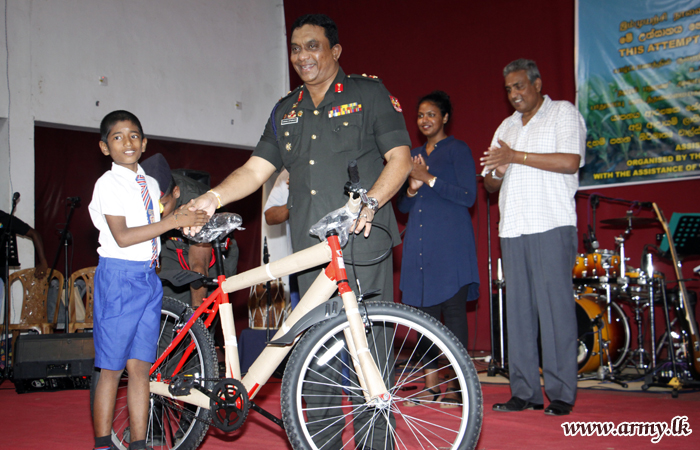 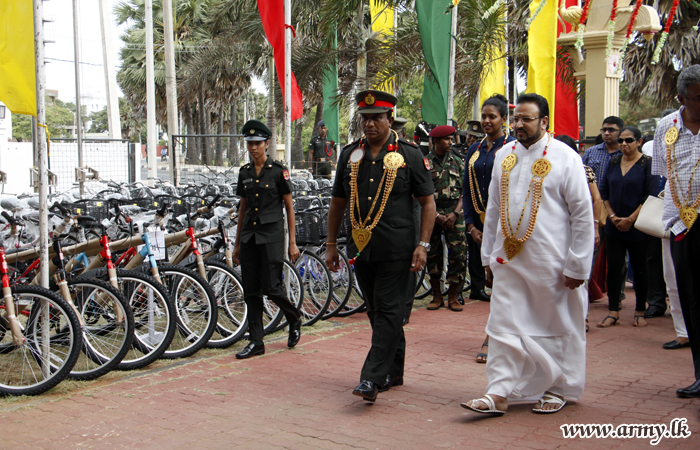 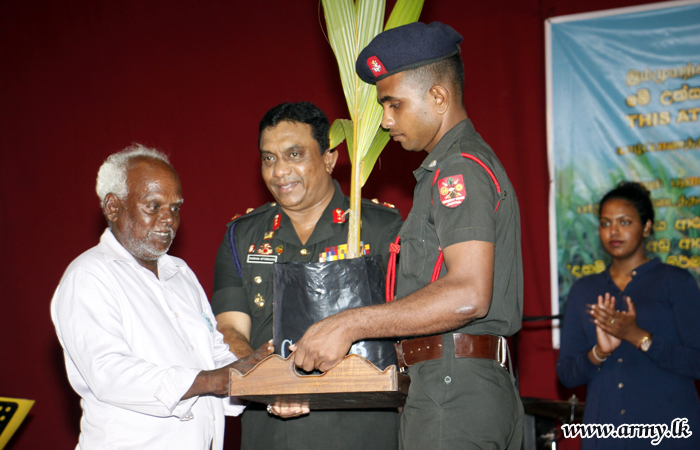 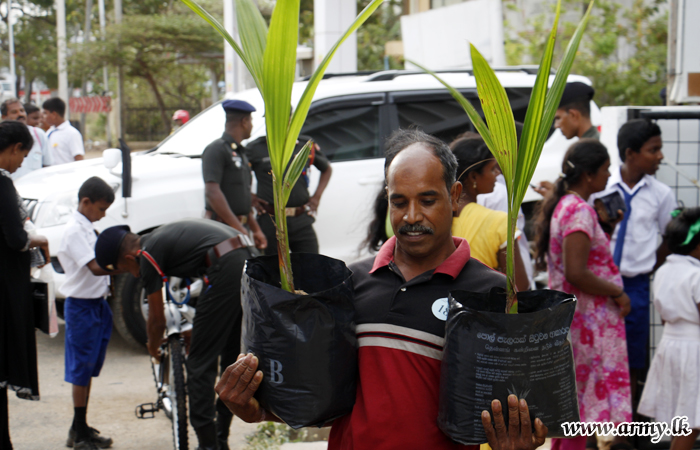 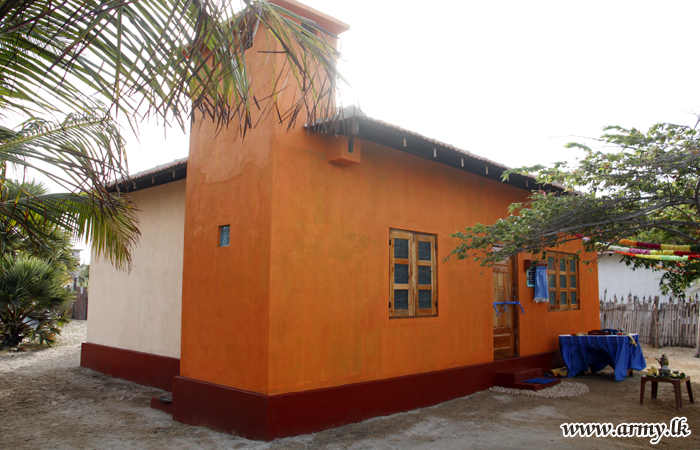 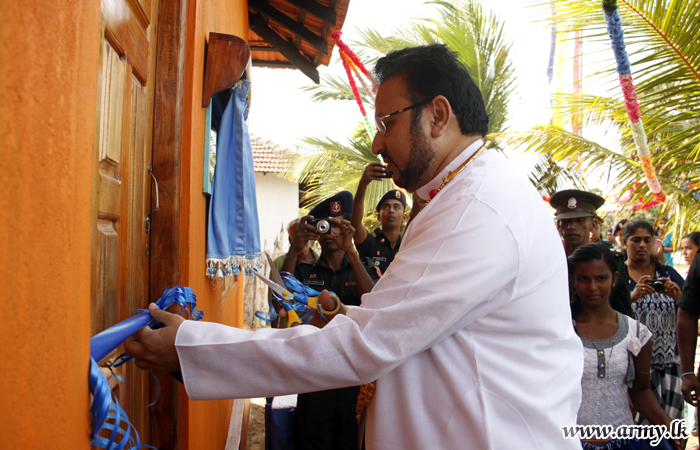 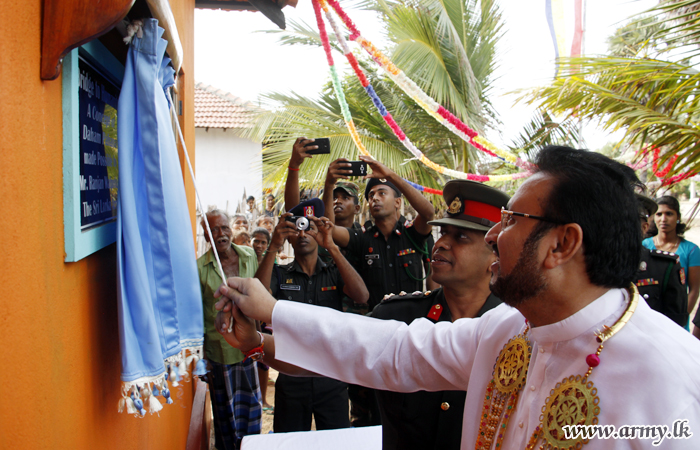 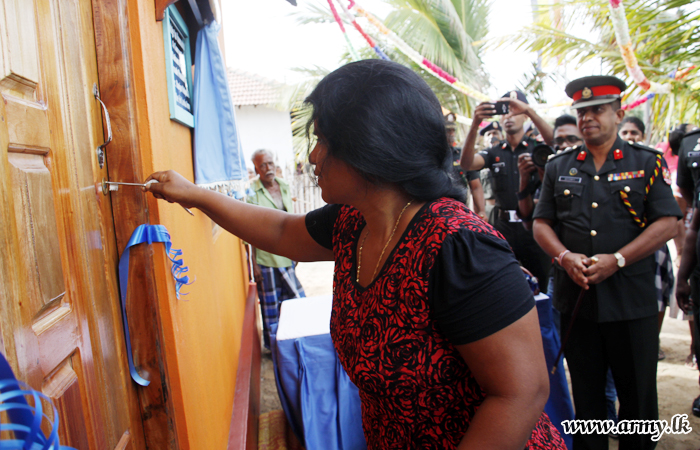