Troops of the 522 Brigade of the Security Force Headquarters - Jaffna (SFHQ-J), consequent upon a request, put up a new drinking water facility in Navatkuli Maha Vidyalaya premises on the guidelines given by Major General Darshana Hettiarachchi, Commander, Security Forces - Jaffna (SF-J).

Members of the 522 Brigade taking the initiative in this regard voluntarily offered patronage for the project after the requirement of this facility was brought to the notice of the Commander, SF-J when the children visited the recent Vesak Zone, organized by the SFHQ-J.

Accordingly, 522 Brigade commanded by Colonel Harendra Peiris implemented the project using the water, transported by the Army from the famous Aiyyakachchi well. The water tank and the pipe system, constructed by troops in the 522 Brigade provides several outlets in the school premises. 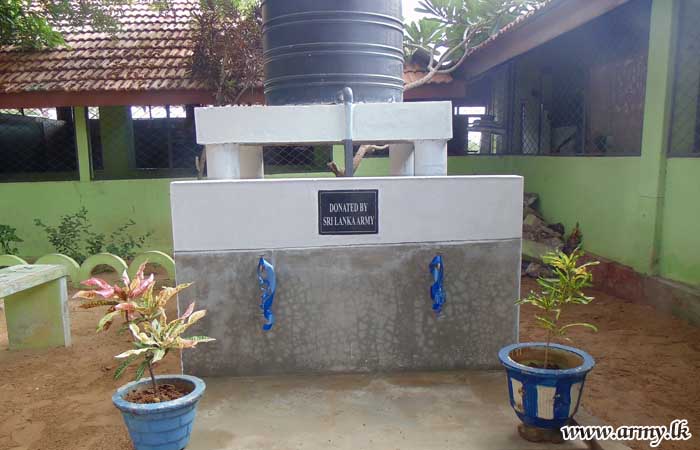 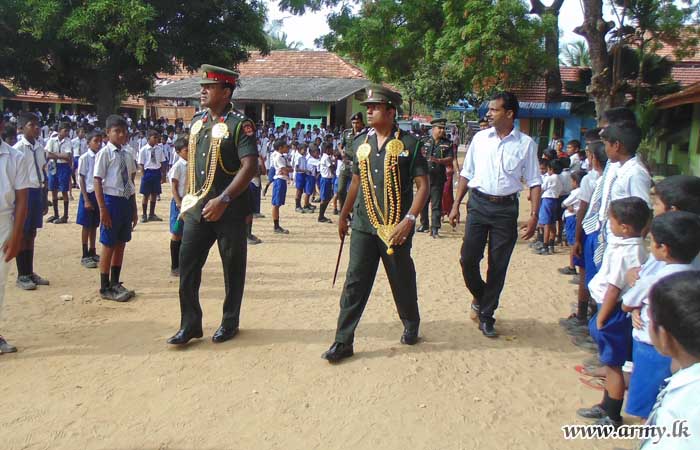 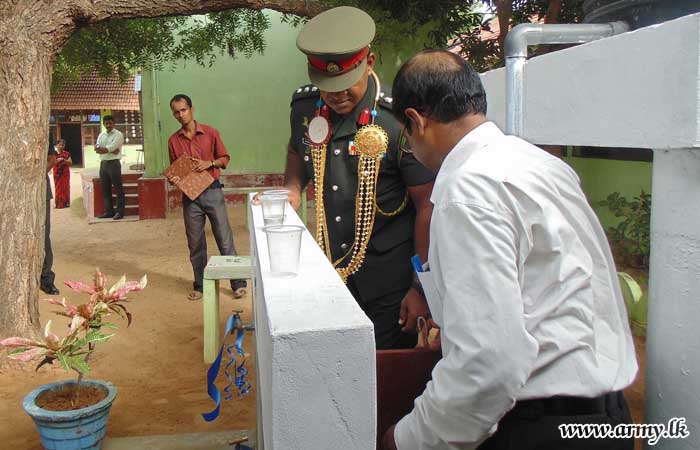 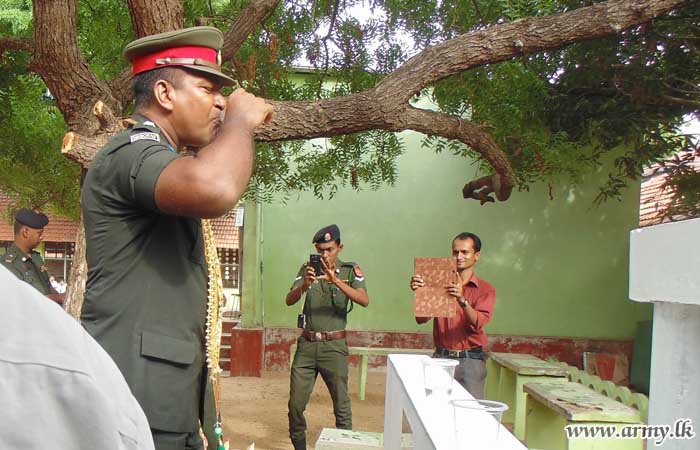 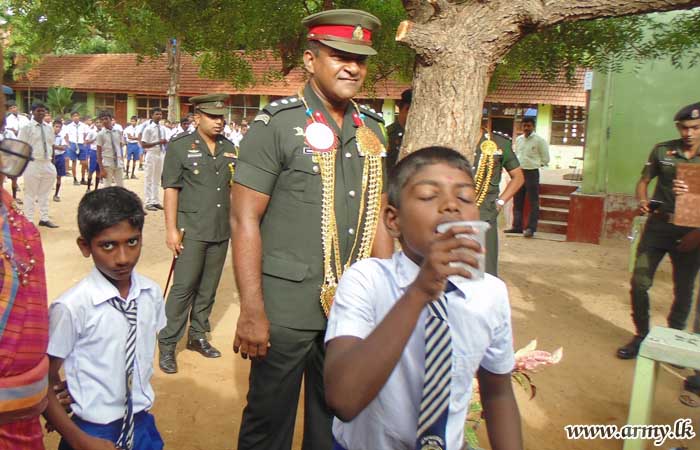 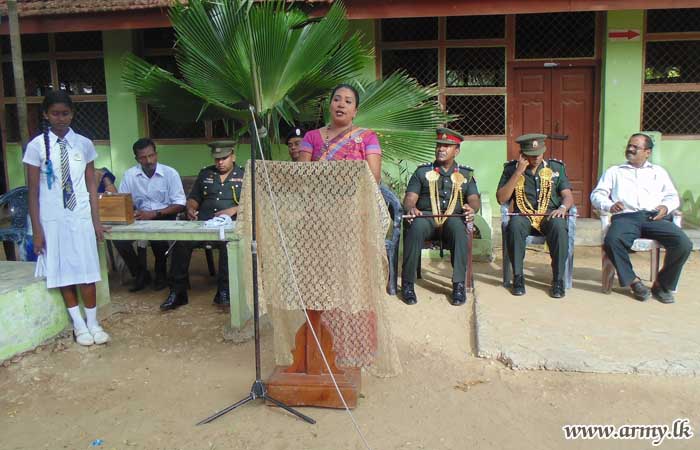 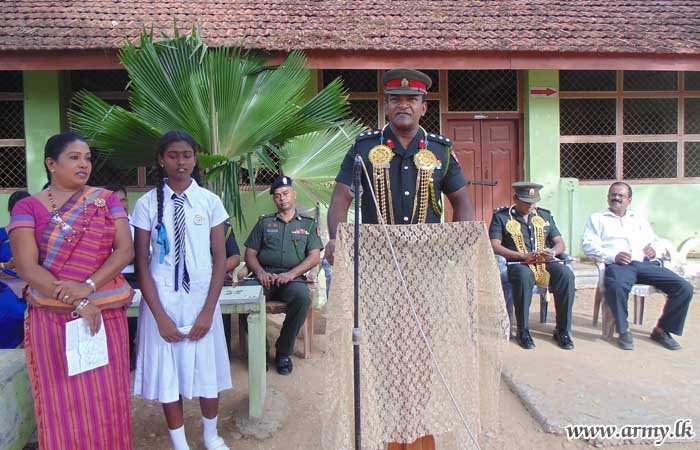 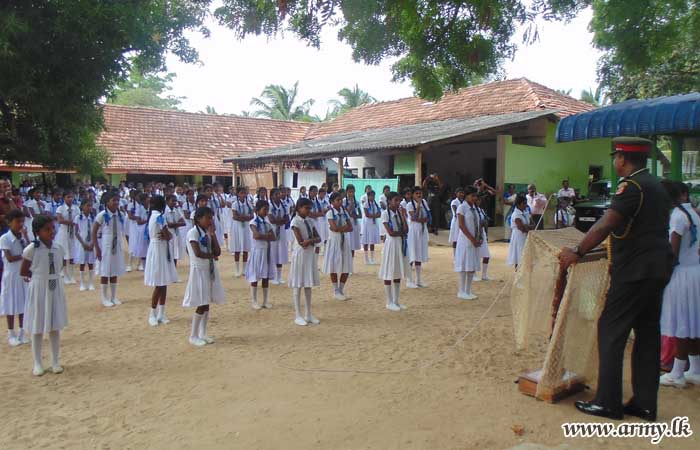