Mullaittivu Troops Listen to Lecture on ‘Importance of Physical Fitness’

250 officers and other ranks serving the SFHQ-MLT attended the programme, now being launched in island-wide Army formations as per the directions of Commander of the Army who wants help standards be promoted among Army personnel.

Major General Dampath Fernando, Commander, Security Forces - Mullaittivu contributed to the arrangement by way of a lecture on ‘Importance of Continued Physical Training’.

This is an ongoing programme, initiated by the Colombo Army Hospital in order to educate Army personnel on ‘Non-Communicable Diseases’.

Meanwhile, the same lecture was arrange to educate the troops at 59, 64 and 68 Divisions serving the SFHQ-MLT at the main lecture halls in the respective Division Headquarters during 21-23 February. 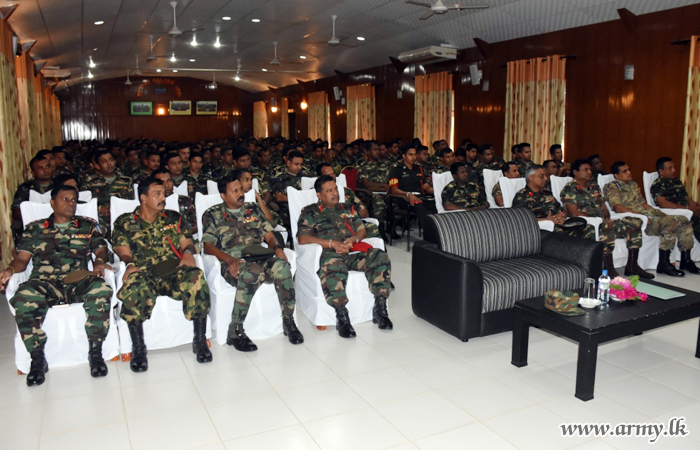 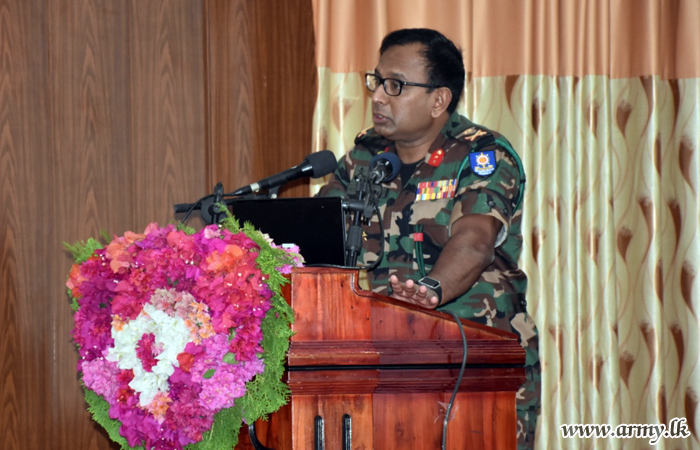 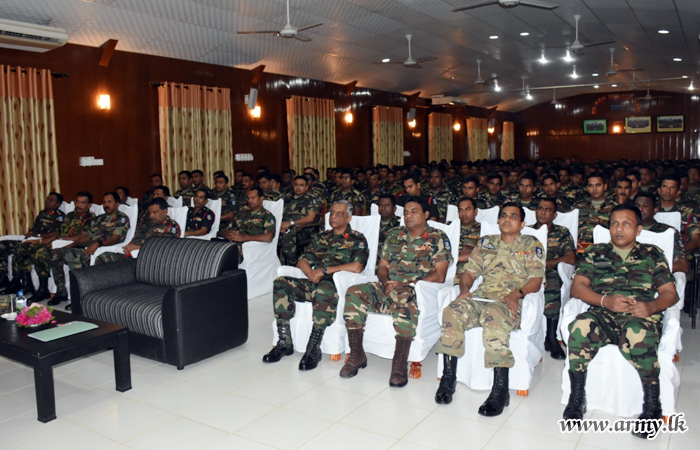 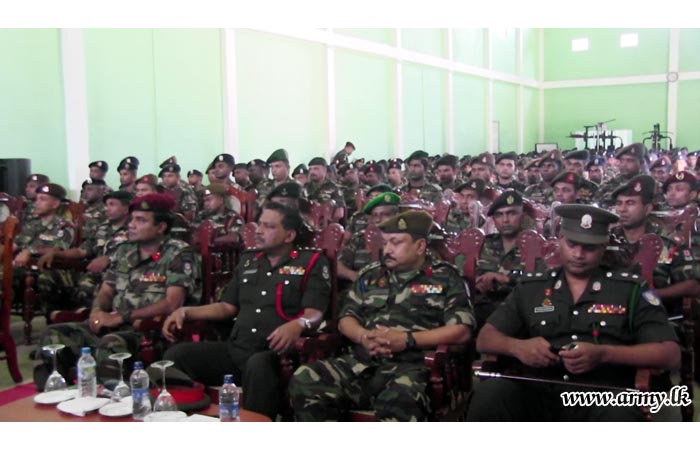 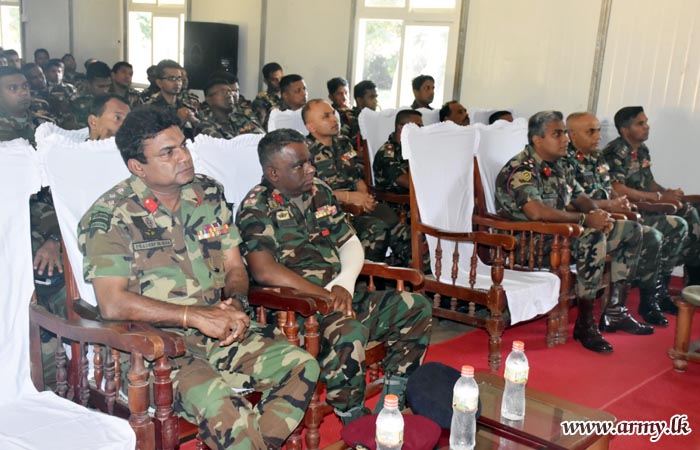 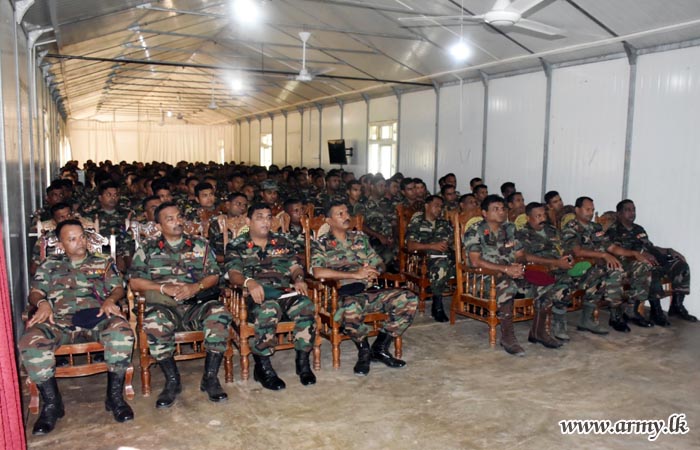