It was just a couple of days ago, troops began purifying 24 wells of those resettled civilians after those re-settlers brought the matter to the notice of the SFHQ-MLT since they remained unused for so many years.

The recent inauguration of the Reverse Osmosis Plant for water purification inside the SFHQ-MLT premises enabled the supply of this free service to civilians who walk past the SFHQ-MLT entrance premises.

Those re-settled civilians face hardships due to shortage of drinking water and were compelled to travel a long distance to fetch drinking water. However, drinking water to outsiders would be available only in the morning and evening hours. 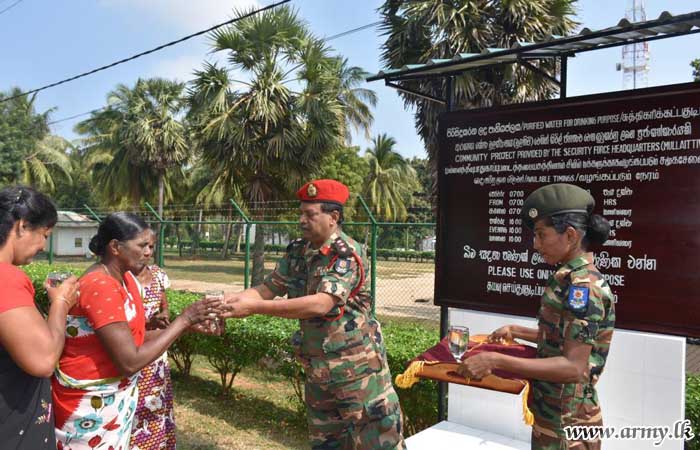 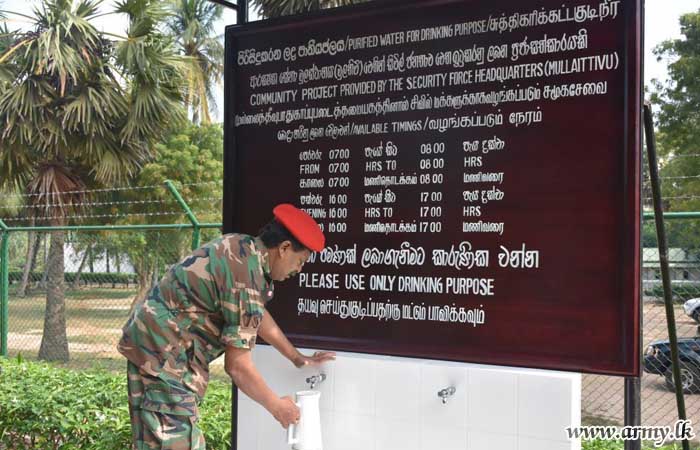 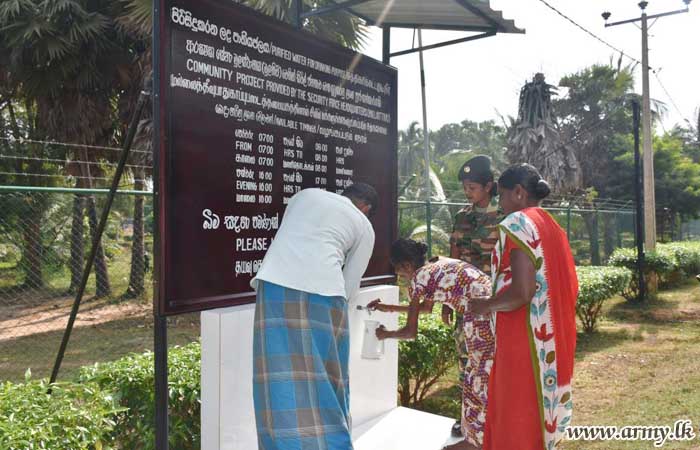