A combined effort of the 62 Division troops of the Security Force Headquarters - Wanni (SFHQ-W) with sponsorship provided by private donors saw four more new houses, built at Veheratenna resettled village in the Wanni, were vested in four most-needed families during a brief ceremony held on Saturday (11).

The concept of construction of houses for both needy families and deserving soldiers in the Army as one more welfare measure of the Army came into effect as a result of an initiative, taken by the Commander of the Army early in the year 2015 and the ongoing project, has so far built more than two digit numbers of houses across the country.

The house-warming ceremony at Veheratenna and formal handover of the houses to beneficiaries took place in the presence of Ven Bogambara Rathanajothi Thero, a few other Buddhist monks, Dr Arunajith Peiris and family members. Major General B.H.M.A Wijesinghe on behalf of the Wanni Commander coordinated the entire project and represented him at the opening ceremony, together with several senior officers and other rankers who laboured to erect them. Each house has cost the donors about Rs 4 lakhs.

Amid chanting of Seth Pirith, house recipients cut a ribbon and warmed their houses after observing traditional rituals, like milk pot boiling, etc. A representative gathering of the Sri Dhammarama Vihara Dayaka Sabha and its Social Service Foundation also attended the ceremony along with officers and other rankers of different Battalions and Brigades in the area.

On the same occasion, 62 Division, the GOC gifted special packs of cutlery and other accessories to all four families soon after they took charge of their Army-built houses.

A large crowd of Veheratenna re-settlers were present during the opening ceremony. 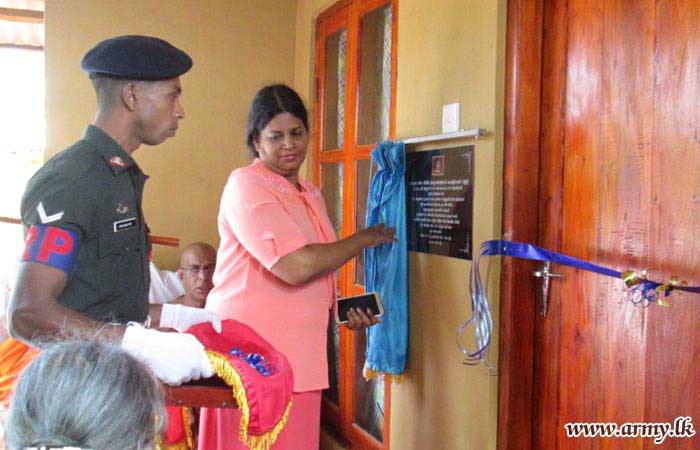 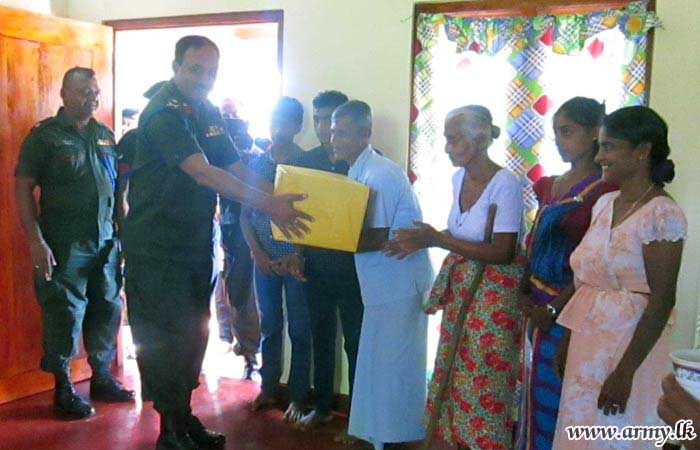 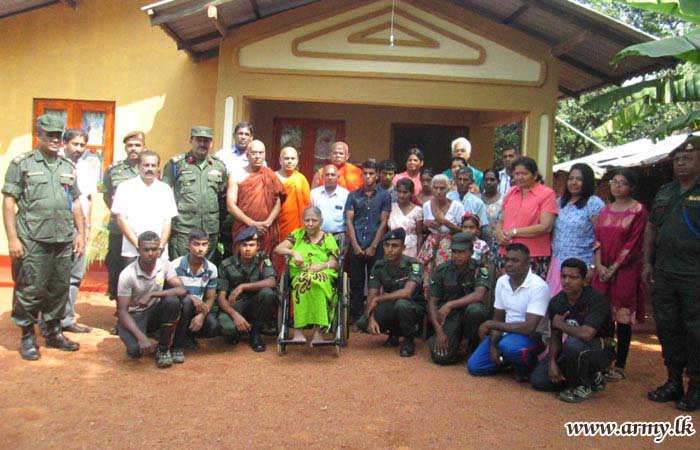 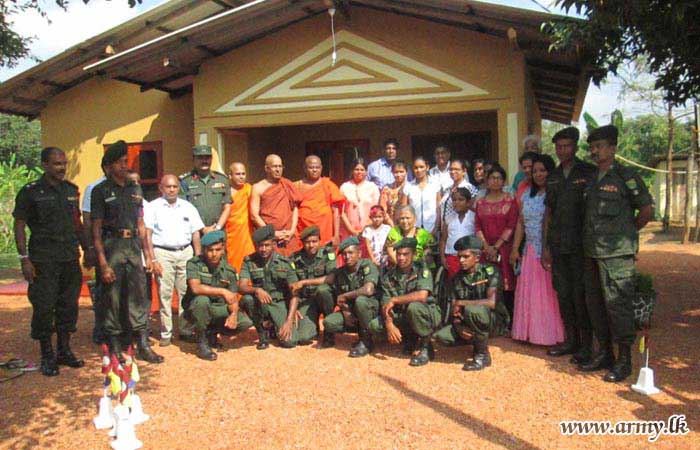 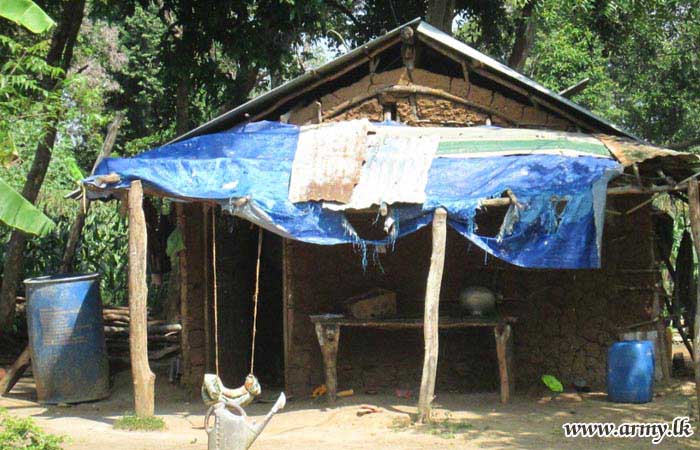 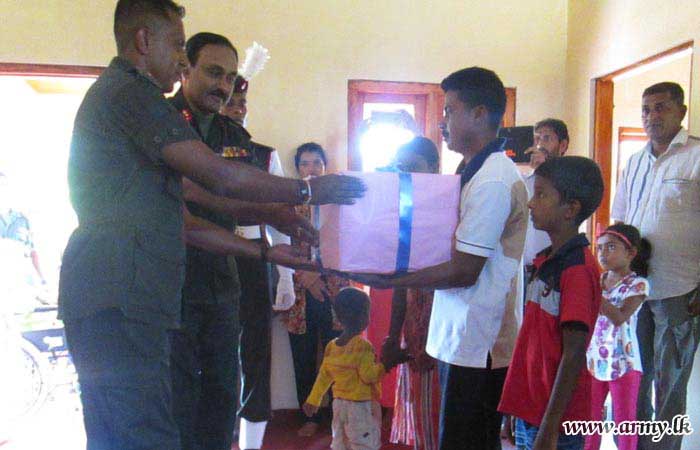 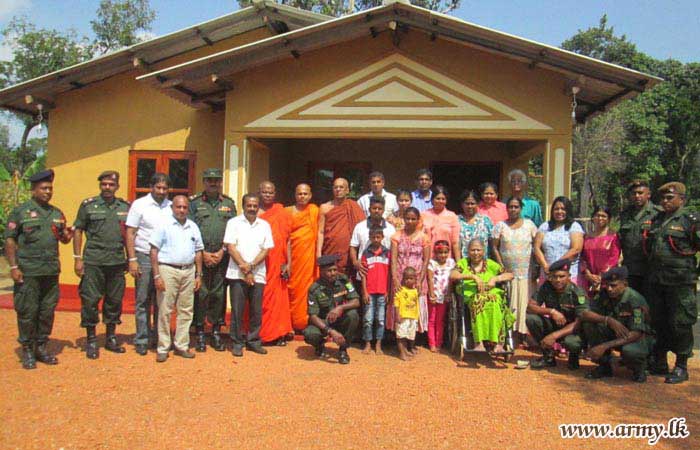 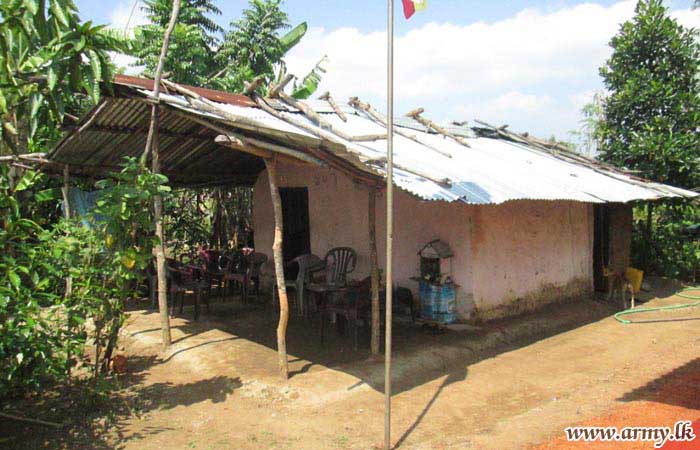 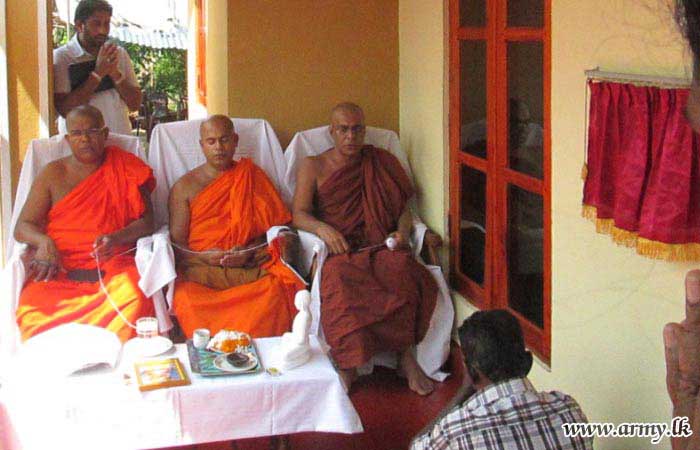 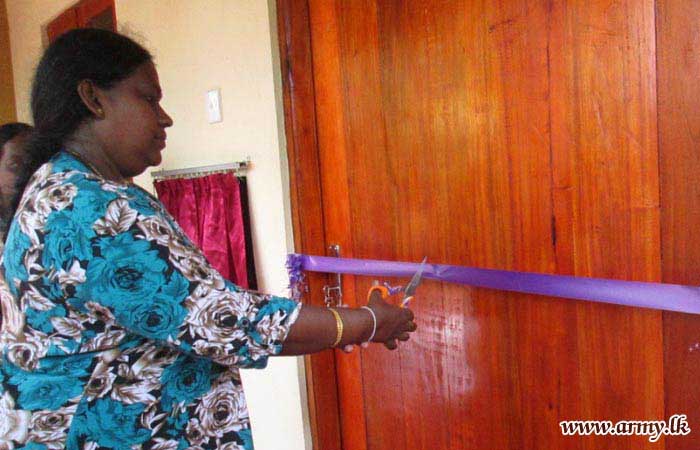 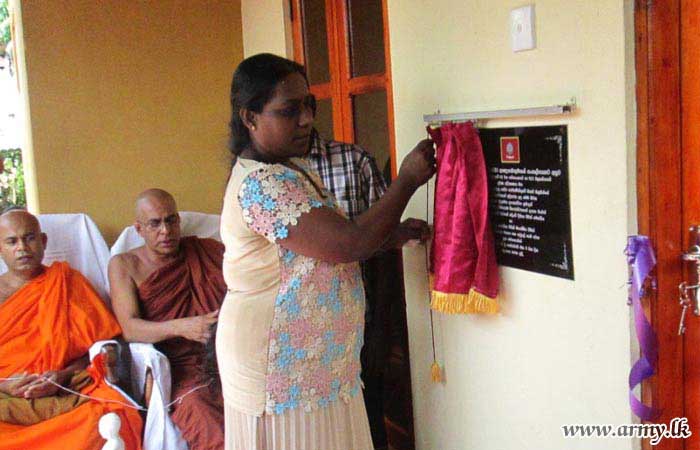 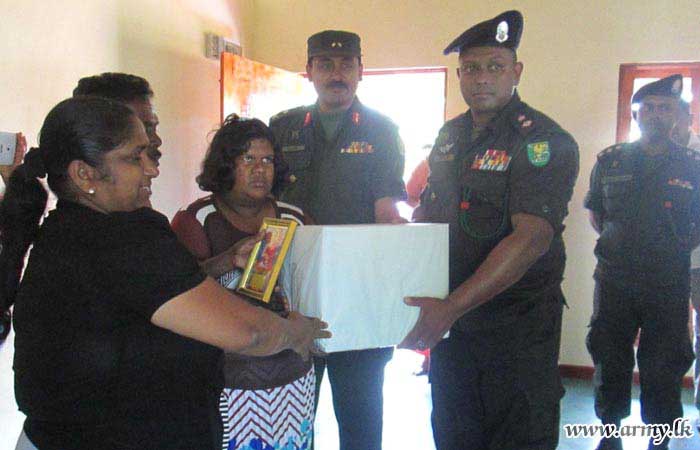 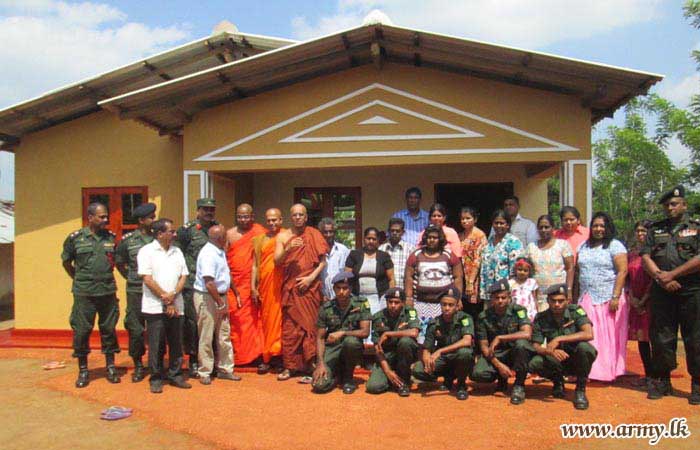