Lieutenant General Shavendra Silva, Chief of Defence Staff and Commander of the Army this morning (30) extended his best wishes to one of the Army-produced best Senior Officers, Major General Suraj Bangsajayah, Commandant, Sri Lanka Army Volunteer Force, Colonel of the Regiment of Gemunu Watch (GW) and Commander, Army Training Command (ARTRAC) on the eve of his retirement during a brief meeting at the Commander’s office at Army Headquarters.

As a patriotic GW Senior Officer, Major General Suraj Bangsajayah during his dedicated service of more than 35 years has actively contributed to the restoration of peace having fought against terrorists in the humanitarian operations before May 2009.

Lieutenant General Shavendra Silva during the interaction at his office spoke high of the outgoing Officer’s contribution to the organization and refreshed a couple of landmark memories in the past.

He also commended him for his contribution to the development of Gemunu Watch and the Army in general while serving many key appointments with commitment.

The outgoing Senior Officer also thanked the Commander of the Army for his wishes and the thoughtfulness while noting the encouragement he received from the Army Chief in the performance of his duties.

Towards the end of the interaction, Lieutenant General Shavendra Silva awarded a special memento to the retiree as a symbol of appreciation and commendation. The gesture was reciprocated. 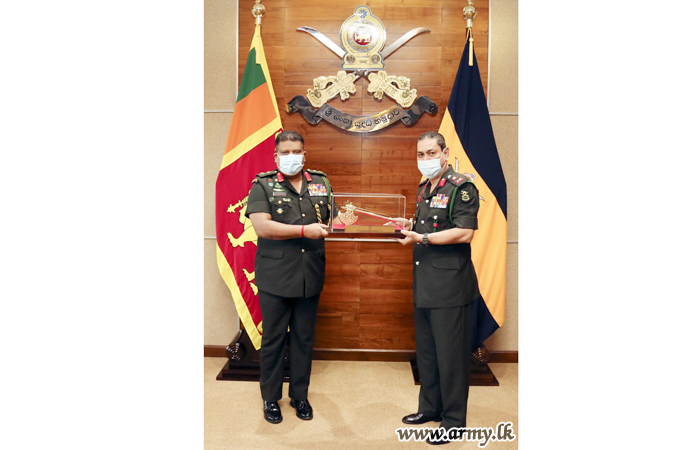 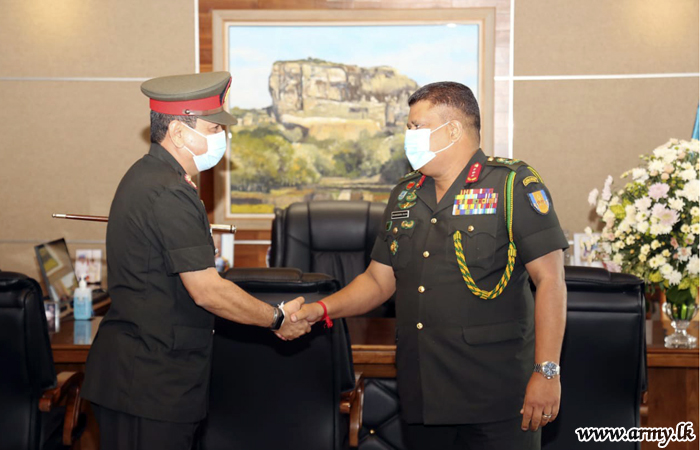 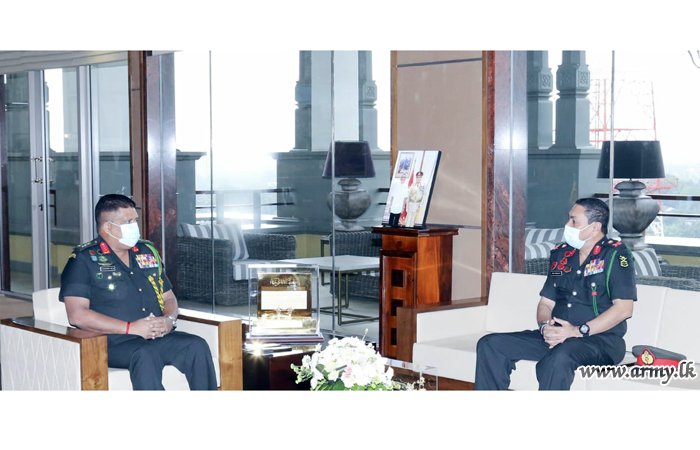 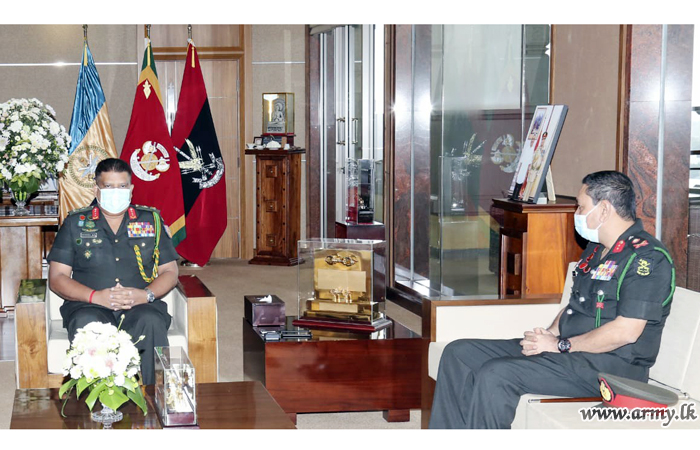 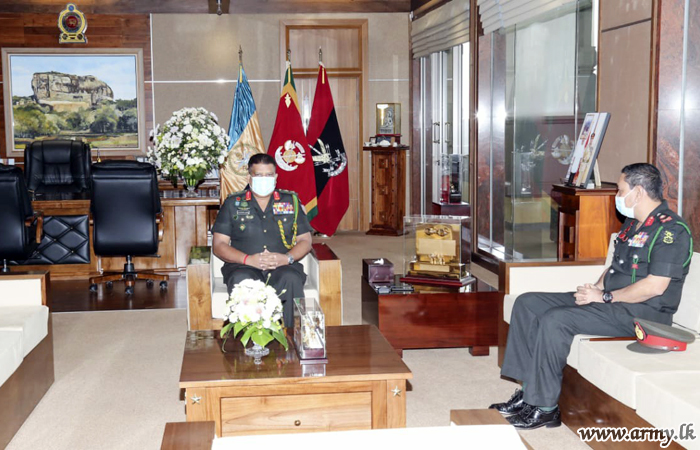 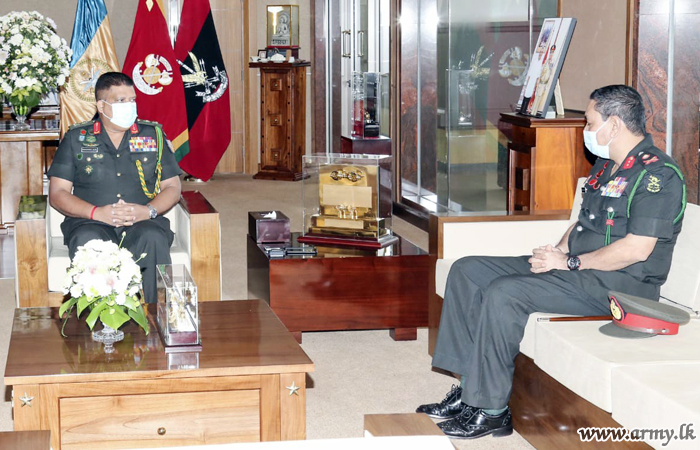 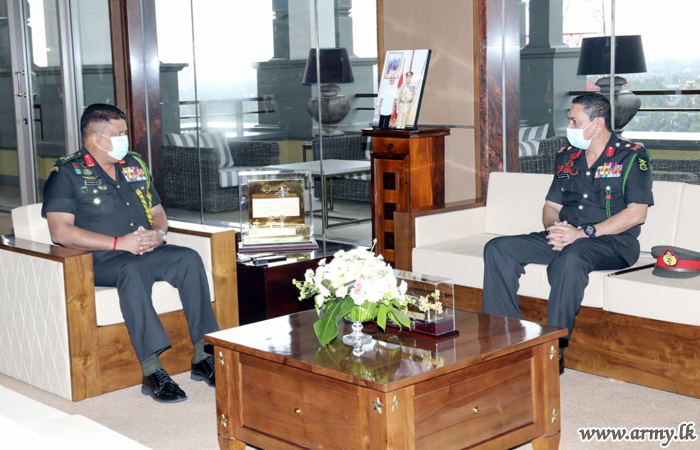 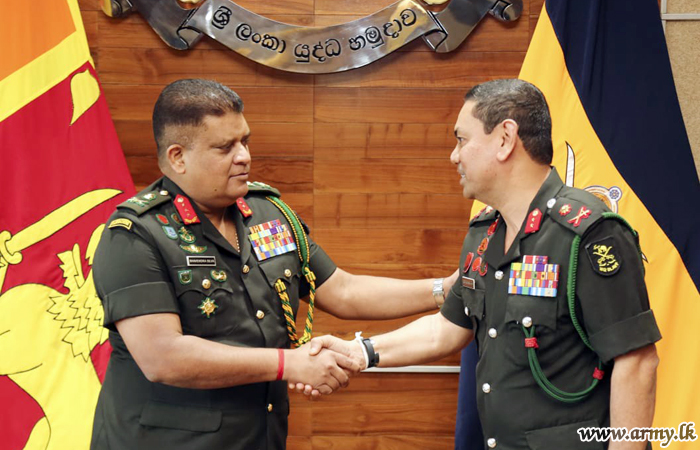 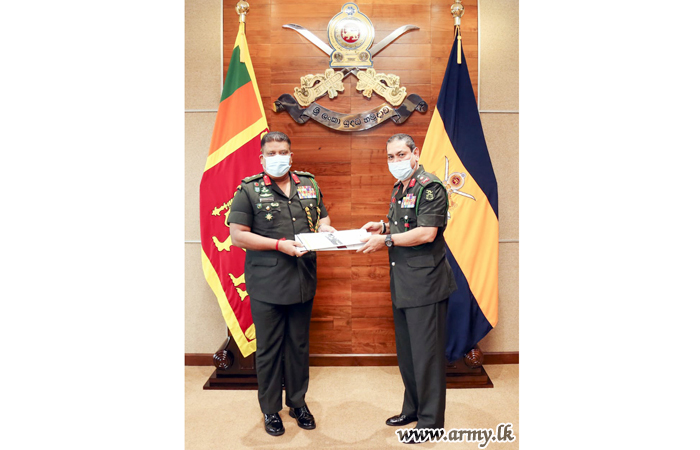 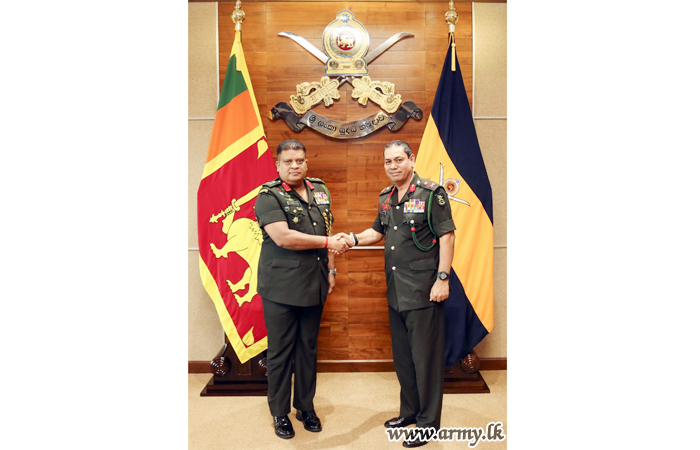