Troops of the 57 Division under the Security Force Headquarters – Kilinochchi (SFHQ-KLN), on Friday (23) distributed over 2000 saplings in economic value among civilians in Thirunagar and Sivapuram areas in Kilinochchi to encourage the growth habit and boost their day to day living standards.

Troops of the 1 Sri Lanka Sinha Regiment (SLSR) distributed a stock of 800 Jack saplings and 200 Kumbuk saplings at Rahulan preschool in Sivapuram among 200 selected civilians in Sivapuram area.

Meanwhile, troops of the 7 Sri Lanka Light Infantry (SLLI) distributed over 1000 Jack saplings, 150 'Mahua' saplings and 1000 other plants among 100 civilians at the GS Office at Thirunagar. 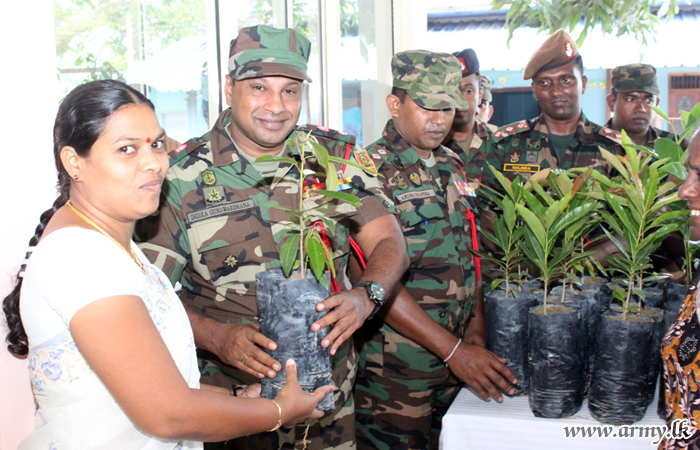 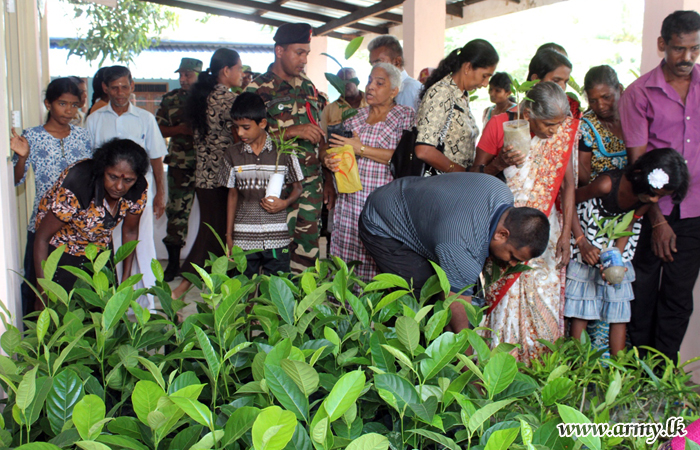 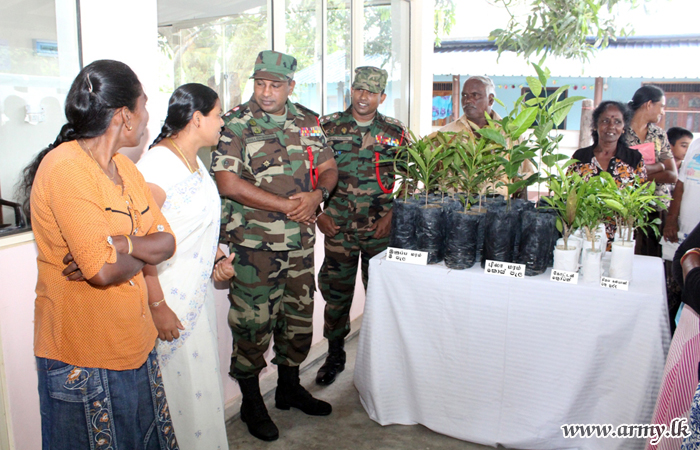 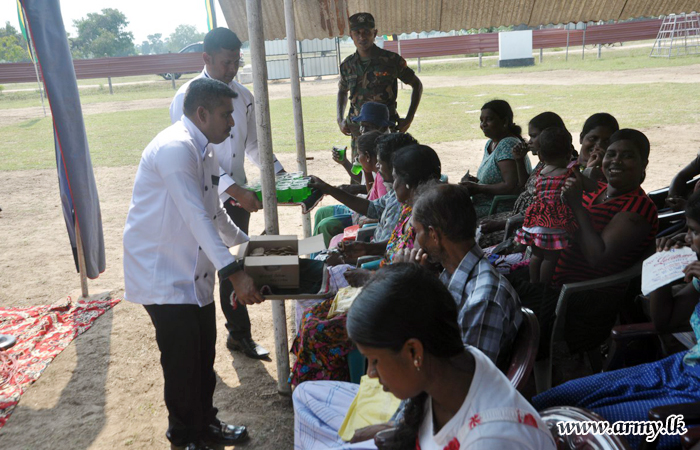