The programme was held at the Nelumpiyasa auditorium in close coordination with the 4 Sri Lanka Army Medical Corps (SLAMC).

Lectures were delivered by the Medical Officer, Major Dr. Cyril Kulathunga. 100 Officers and 1100 Other Ranks listened to the lecture. 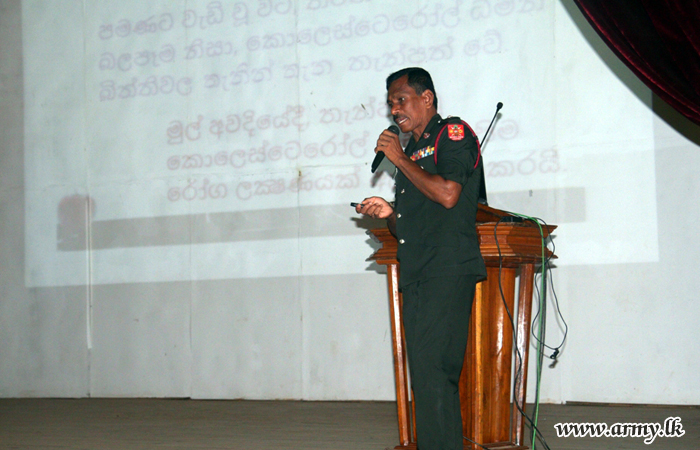 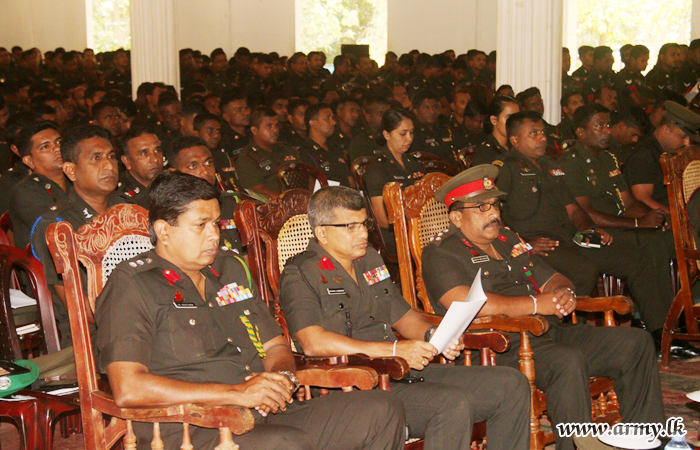 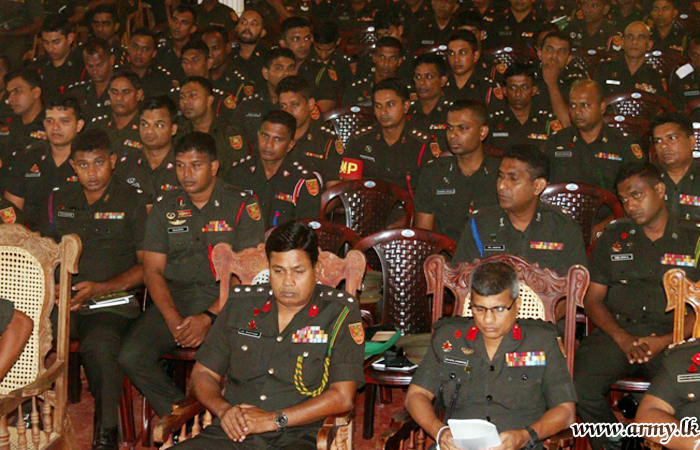 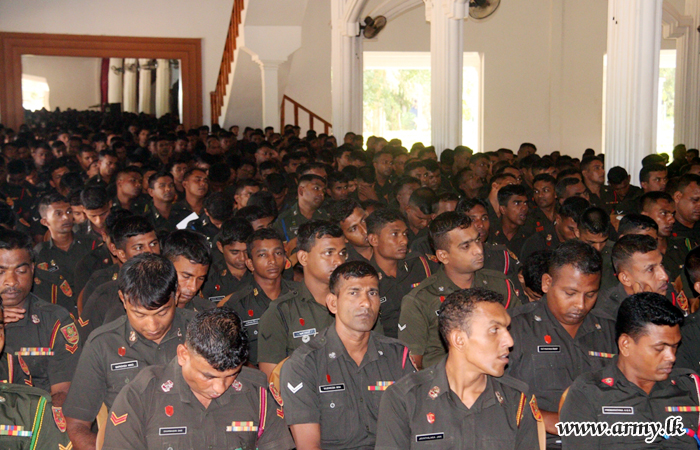 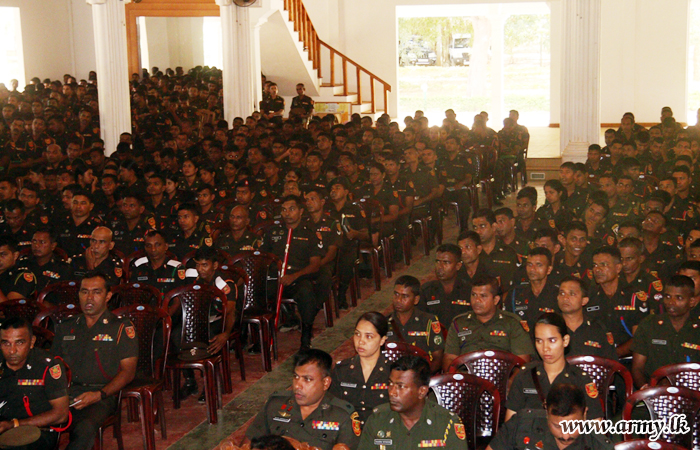