Admiral Sunil Lanba, Chief of the Naval Staff (CNS) of Indian Navy, currently in Sri Lanka to attend Colombo’s ‘Galle Dialogue’ maritime conference, took time off to pay a courtesy call on the Commander of the Sri Lanka Army, Lieutenant General Crishanthe De Silva at his office in the Army Headquarters, Colombo this morning (29).

Ensuing cordial discussions between the visiting Indian Naval Chief and the Commander of the Army focused on matters of bilateral interest and maritime challenges in the region.

The meeting culminated with exchange of mementoes between both military chiefs. Indian Defence Attaché in Sri Lanka was also associated with the visit.

Admiral Sunil Lanba assumed Command of the Indian Navy as the 23rd Chief of the Naval Staff on 31 May 2016. Admiral Lanba’s career has been enriched with his vast experience at sea, training, operational and tri-services tour of duty both within India and with international navies. He is an alumnus of the National Defence Academy, Khadakwasla, Defence Services Staff College, Wellington, College of Defence Management, Secunderabad and Royal College of Defence Studies, London. 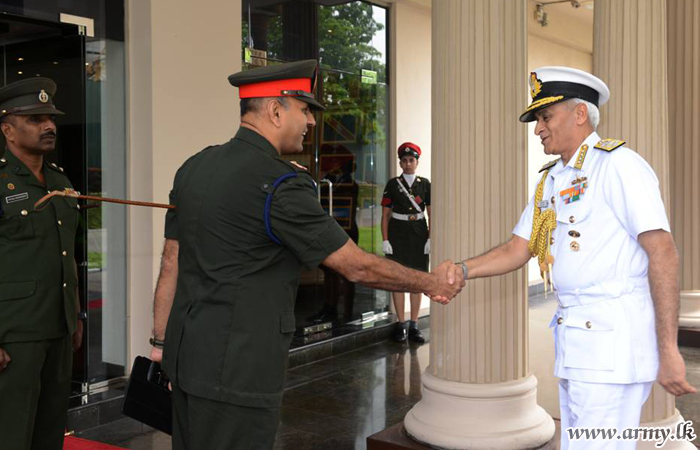 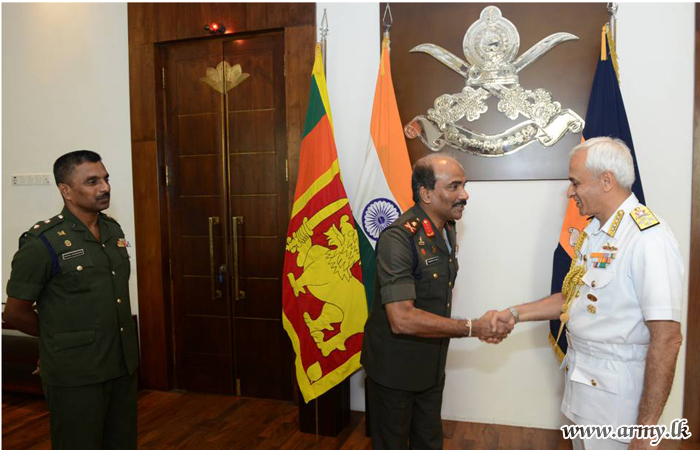 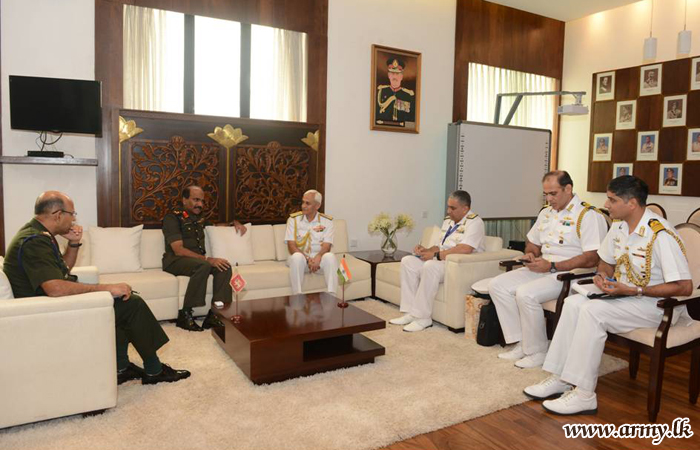 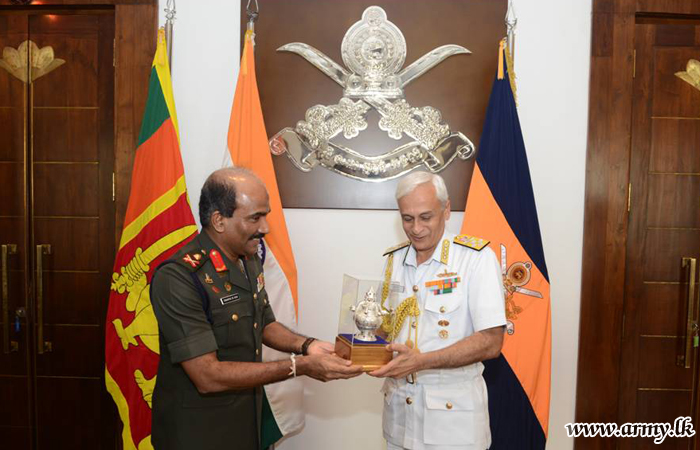 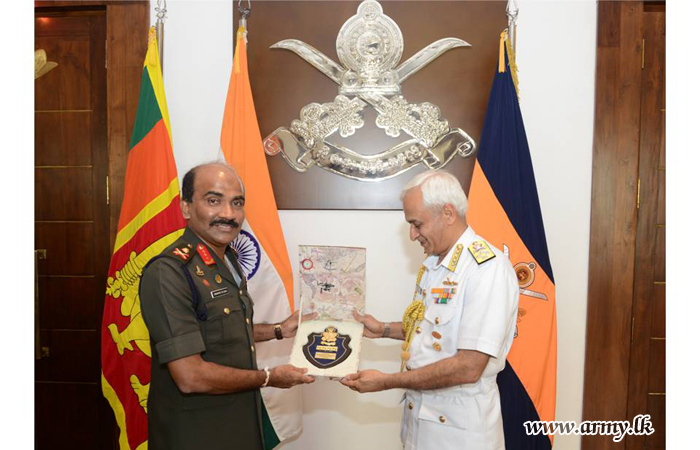 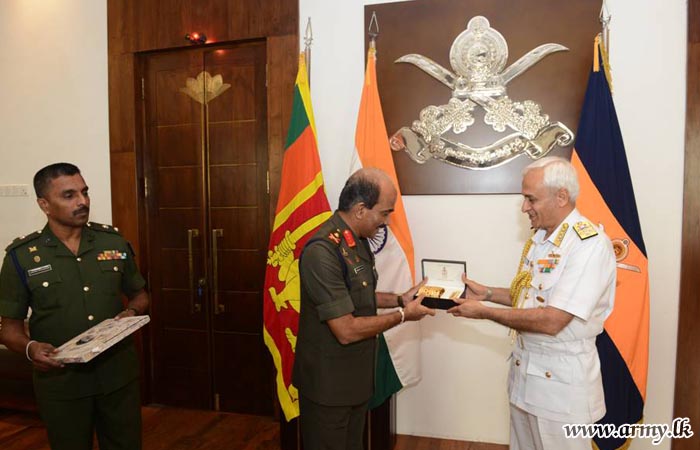